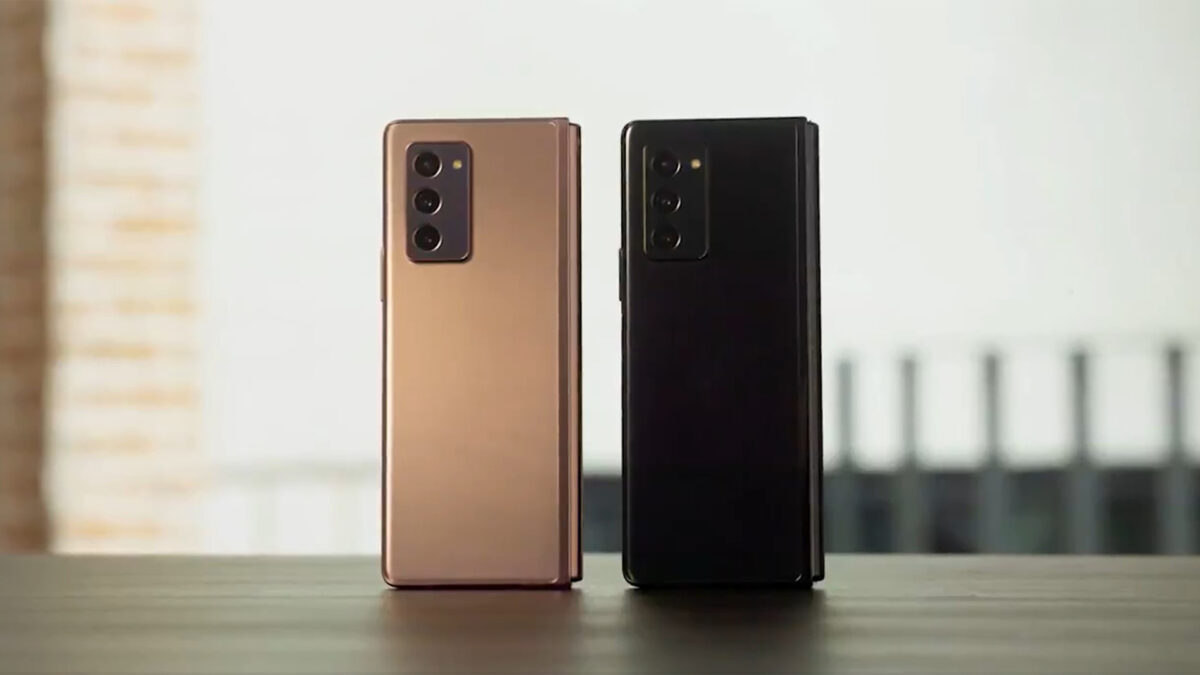 Samsung had revealed the Galaxy Z Fold 2 at Galaxy Unpacked 2020 but it didn’t go into a lot of details about the new foldable’s technical specifications, saving them for Unpacked Part 2. Several Galaxy Z Fold 2 characteristics have already been revealed via early hands-on and unboxing videos, so most Samsung fans already have a general idea of what to expect from this device. But not every technical detail has been revealed; until now.

WinFuture appears to have gotten hold of the Galaxy Z Fold 2’s full spec sheet ahead of September 1. Various details are reiterated but in case you need to catch up on this device, this is your chance. The Galaxy Z Fold 2 is powered by the Snapdragon 865+ chipset paired with 12GB of LPDDR5x RAM and 265GB of UFS 3.1 storage that’s not expandable.

The selfie cameras embedded in the Infinity-O cutout of both the cover and foldable panels are said to be identical. They have a resolution of 10MP, an f/2.2 aperture, and 1.22um pixels. They can record 4K videos at 60fps and take advantage of HDR10+, hyperlapse, night mode, and Bixby Vision.

The Galaxy Z Fold 2 packs two batteries with a combined capacity of 4,500mAh. It’s capable of 25W fast charging, 11W wireless charging, and Wireless PowerShare. The source claims that the battery can last for up to 31 hours on a single charge when limited to 4G connectivity, but obviously this figure will go down considerably with heavy usage.

Other details include stereo speakers tuned by AKG and a variety of sensors ranging from a side-mounted fingerprint scanner to a barometer, gyroscope, accelerometer, and compass. The phone-tablet hybrid supports connectivity features such as Bluetooth 5.0, WLAN, and USB-C. It’s said to measure 159.2 x 128.2 x 6.9mm and weigh 279 grams, making it slightly shorter and narrower but a tad heavier than the original Galaxy Fold.

The Galaxy Z Fold 2 will ship with Android 10 and One UI 2.5 out of the box, and it comes with a few foldable-specific software features like Flex Mode and the ability to run three apps simultaneously.

Samsung will officially launch the Galaxy Z Fold 2 on September 1 and the device is expected to hit the shelves for around 2,000 euro in Europe and £1,799 in the UK.