In Europe, the second-generation Galaxy Fold device is rumored to be priced at €1,999. The company might also bundle a YouTube Premium subscription for free with the Galaxy Z Fold 2 and a 5% cashback if the purchase is made using a Samsung Pay Card. Additional benefits for pre-ordering the Galaxy Z Fold 2 include the Galaxy Z Concierge service that provides 24×7, one-on-one assistance from a team of experts. Samsung is also offering a one-time screen repair service within 12 months of purchase for a low cost. 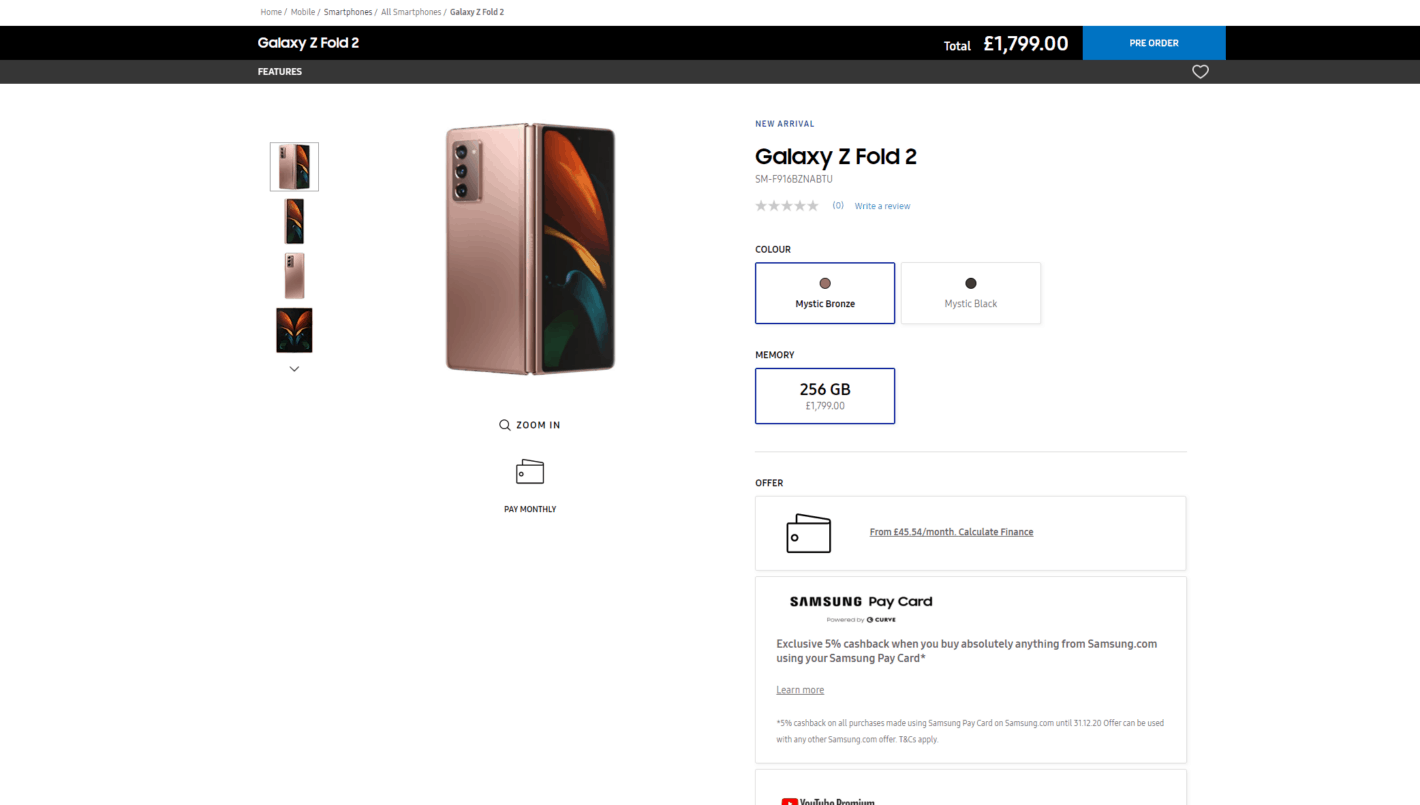