Here’s what to expect from the Samsung Galaxy Note 7

Samsung isn’t making a Galaxy Note 6. A couple of months ago, that statement would have sent Note fans into a frenzy. But we all know of the company’s plans to skip directly to the Galaxy Note 7 for its next Note flagship, a move we wholeheartedly support. It’s not just the fact that calling it the Note 7 will “unify” Samsung’s portfolio and minimize consumer confusion over what the latest and greatest is in the company’s lineup – the Galaxy Note 7 will be bringing in quite a few changes to the S Pen-toting series that we could consider reasons enough for Samsung to skip the Galaxy Note 6 moniker.

The biggest reason? Well, Samsung’s decision to launch, for the first time since 2014, only a single flagship, and also to bring its dual-edge curved display to the Galaxy Note lineup. We have seen three Galaxy S Edge variants since the beginning of 2015, and Samsung apparently believes the technology has advanced enough to make the Edge model of the Note 7 the only one that will be made available to consumers. We still don’t think the dual-edge display is as useful as one would want it, but visually, it is surely going to make the Note 7 a force to reckon with in the smartphone market (and give tough competition to the iPhone 7 that will launch a month later). 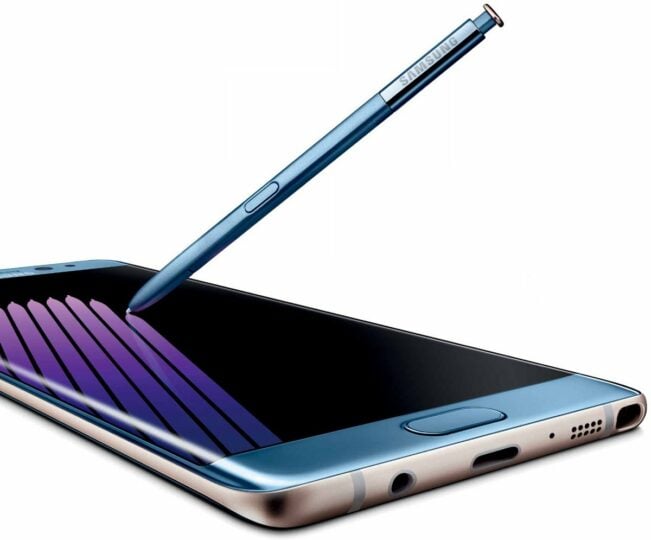 The Galaxy Note 7 will also be complementing Samsung’s fingerprint sensor with another way of device security – an iris scanner. We have already seen the iris scanner in action in a leaked video, and it looks like the scanner will be insanely fast at detecting the user’s eyes. The iris scanner has been a long time coming, with numerous patent applications having hinted at Samsung working on bringing the feature to its smartphones. It’s good to see it will soon be a reality on the company’s smartphone lineup.

The next big change to expect from the Galaxy Note 7? The switch to a USB Type-C port. It’s going to make the existing Gear VR headset incompatible with the Note 7, but it’s likely the second-generation Gear VR with a Type-C port (and maybe even a microUSB port for existing devices) will accompany the Note 7. This also means all those microUSB cables you have accumulated over the years will be completely useless with the Note 7, but then again, it’s a compromise you have to make for getting a newer, better technology. 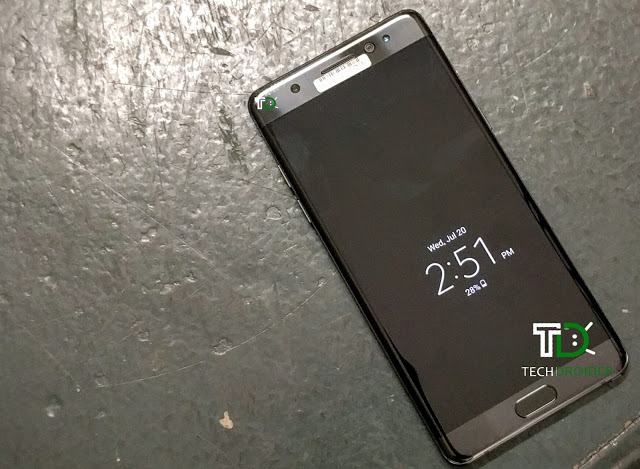 Battery life is set to get a boost as well, thanks to Samsung putting in a considerably larger battery in the Galaxy Note 7 compared to the Galaxy Note 5. But it seems the S Pen might have taken some of the space at the back, as it looks like the Note 7 will have a 3,500 mAh battery, 100 mAh less than the S7 edge. Rumors of a 4,000 mAh battery had us all excited; hopefully, software optimization and the use of the new Vulkan API for Samsung’s user interface will help the 3,500 mAh battery offer high endurance. Of course, you can also count on fast wired and wireless charging to be part of the package.

When it comes to other fundamental specs, 6GB of RAM is what we were looking forward to, but the latest leak suggests Samsung is sticking to 4GB. But thankfully, it’s pretty much confirmed at this point that the Note 7 will come with a minimum of 64GB of on-board storage, possibly with an expansion slot that supports both regular microSD cards and Samsung’s new UFS cards. What won’t be changing drastically is the processor. The US and China will probably get the Snapdragon 823, an overclocked version of the Snapdragon 820, while the rest of the market should see an overclocked Exynos 8890 (dubbed the Exynos 8893).

On the imaging front, the Note 7 should be keeping the same cameras as those on the Galaxy S7 and Galaxy S7 edge. While Samsung’s 12-megapixel rear camera on the S7 and S7 edge is among the best in the market, that 5 MP front camera is looking rather outdated today. It doesn’t have offer great image quality, and it’s a shame the Note 7 might not do anything to change things. Thankfully, Samsung is said to have made numerous processing improvements, which will hopefully lend to a noticeable gain in image quality over the S7 lineup.

What about the software? Well, Android 7.0 Nougat would be nice to have, but given the Note 7 is expected to go on sale sometime in August, we will most likely have to make do with Android 6.0 Marshmallow. Samsung’s new Grace UI will bring more Material Design touches to the interface, and the company has also revealed that the phone will be getting even better at productivity than previous Notes. Samsung Focus – which we exclusively reported on – is likely to be at the forefront of the increased productivity claims.

That brings us to the S Pen. If there is one thing the rumor mill has been quiet about, it is the Note’s market-defining stylus. It’s not surprising – the S Pen is already as good as we can think it can be. Maybe higher sensitivity to make it feel even more like a pen will be one of the upgrades, but we wouldn’t complain if Samsung just brings back the S Pen from the Galaxy Note 5 as it is.

The Galaxy S7 and Galaxy S7 edge are near-perfect smartphones, but most folks would agree with us when we say those devices did nothing very special or unique. Samsung seems to have kept all of that for the Galaxy Note 7, which is expected to raise the price of the device up to €849. That’s higher than any of Samsung’s previous mainstream phones, but we guess it’s a price one must pay (pun unintended) for a device that’s supposed to be as feature-packed as the Note 7.

Samsung’s official event for the Galaxy Note 7 is set for August 2, with the phablet expected to go up for pre-order on the same day. It’s day we cannot wait for, what with all the rumors and leaks from the past couple of months. Not everything is confirmed, but at this point it would be safe to assume Samsung will be delivering a spectacular flagship smartphone with the Note 7.

What are your thoughts on the Galaxy Note 7? Is there anything you are looking forward to in particular? Let us know in the comments!