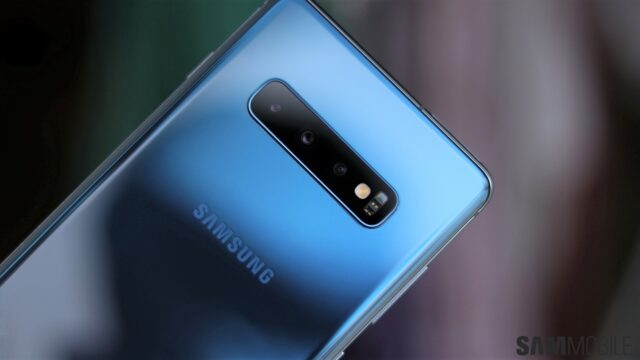 The One UI 4.0 update is now live for the Galaxy S21 series and should soon reach more Galaxy smartphones and tablets, high-end or not. The Galaxy S10 series should be among the first to get One UI 4.0, though, as always, availability will differ by market.

In a general sense, the Galaxy S10e, Galaxy S10, Galaxy S10+, and Galaxy S10 5G should start receiving the update in January at the latest. Samsung confirmed this tentative January release in several markets through the Members app, though once again, it’s not going to apply to every region.

A December release is possible but less probable

If history is any indication, the Galaxy S10 series will likely receive One UI 4.0 later than January in some markets, though interestingly enough, Oculus suggests that Samsung will start updating its 2019 flagship series as early as December. So, Galaxy S10 users might be lucky enough to update their phones to Android 12 next month, or they could be enjoying the update after New Year’s. Our advice is to follow Samsung’s roadmap more so than the Oculus press release. It’s a safer bet, and you might not want to get your hopes up.

Either way, Samsung seemingly wants to update the Galaxy S10 series in the same month as its other recent flagship devices, ranging from the Galaxy Note 10 to the Galaxy S20 and Note 20. Achieving this would be a great way for the company to show that it cares about its older and newer flagships equally, but of course, roadmaps are subject to change.

One thing to keep in mind regarding the update: it should bring numerous improvements to the UI and the user experience, as a whole, with one exception for Gear VR users. Oculus confirmed it plans to drop Gear VR support for the Galaxy S10 series once Android 12 goes live, so you might want to hold on from updating your phone if you’re an avid Gear VR user.

We’ll let you know as soon as Samsung starts rolling out Android 12 and One UI 4.0 for the Galaxy S10 series, whether it’ll be December or January — or both. Stay tuned and check our social media networks below to stay up to date with future developments.