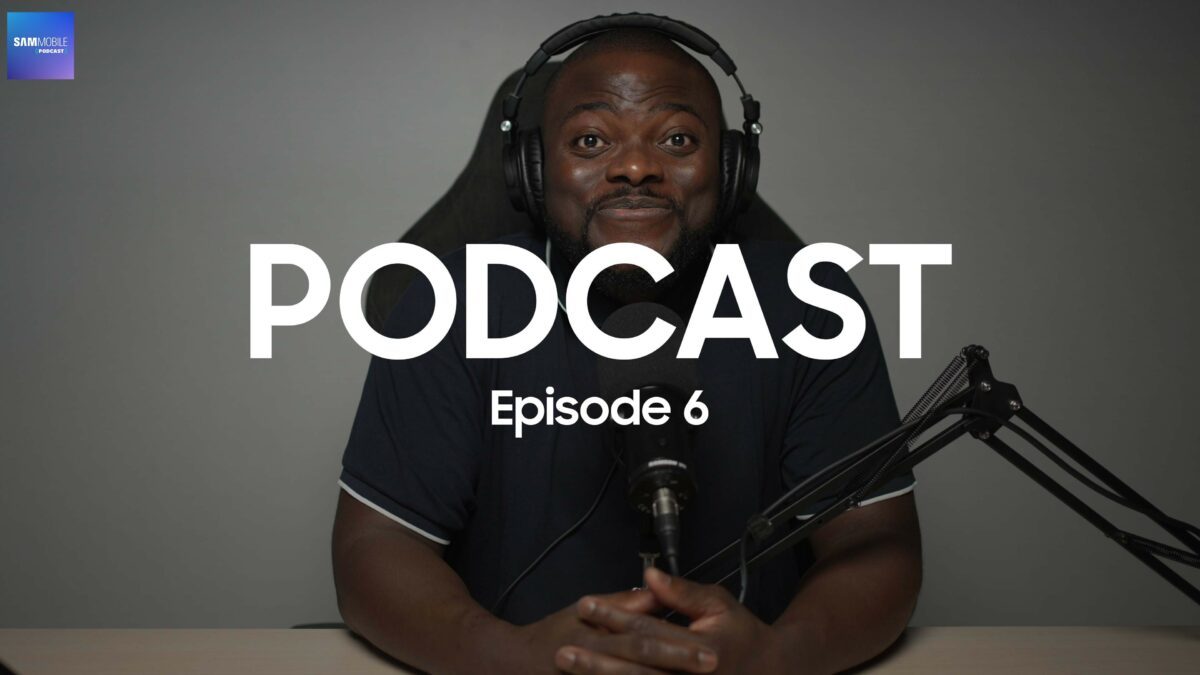 Another Friday, another SamMobile podcast! If you have followed along for the past few weeks, you probably know that Friday is SamMobile Podcast day, and indeed, Episode 6 went live on YouTube and Spotify earlier today as per our usual schedule.

For this week’s live show, our host Benjamin has prepared a couple of interesting topics concerning none other than Samsung. Specifically, we dove deeper into the company’s new UFS 4.0 (Universal Flash Storage 4.0) standard and what it means for future Galaxy smartphone and tablet customers.

Samsung announced UFS 4.0 a few days ago, and the new standard could debut with the Galaxy Z Fold 4 and Z Flip 4 or the Galaxy S23 lineup next year. In essence, UFS 4.0 offers more bandwidth and should make mobile storage almost twice as fast as UFS 3.1.

The Galaxy S22 is also making a comeback for this week’s episode. Ben has completed his Galaxy S22 flagship trio collection with the addition of the base model, so he has a few interesting takes on the flagship series as a whole and how the Galaxy S22 Ultra compares to the base S22 variant and the Galaxy S22+.

Make sure you check out SamMobile Podcast Episode 6 on YouTube or Spotify if you don’t want to miss out on the latest Samsung news. And as always, stay tuned for future episodes, and feel free to join the conversation on our social media channels.