It’s official! One UI 4 beta is coming to the Galaxy S21 series in September

The Android 12-based One UI 4.0 beta program will be open to Galaxy S21 series owners in September — Samsung confirmed today through its community forums. No exact launch date was revealed. However, the last time Samsung mentioned the beta program, the company claimed that the first beta build is “coming soon!” without offering any other details. And while we were already expecting the beta program to land on the Galaxy S21 series before the end of the year, nothing beats Samsung’s official confirmation of an imminent release.

The Galaxy S21 series will be the first to join the One UI 4.0 beta, but it shouldn’t be the only one. The Galaxy Note 20 lineup is likely to be treated with a beta program as well, but we’ll see. Regardless, there’s a ton of Galaxy smartphones that will eventually receive Android 12 and One UI 4.0 once the firmware exits the beta stages and goes live publicly.

As for what to expect from One UI 4.0, the upcoming version introduces cosmetic changes and visual enhancements such as new app icons and color schemes. Samsung may have also been improved Knox, and other under-the-hood changes will probably become clearer once the beta program goes live in the coming weeks. Will you be joining the beta program? Let us know in the comment section. 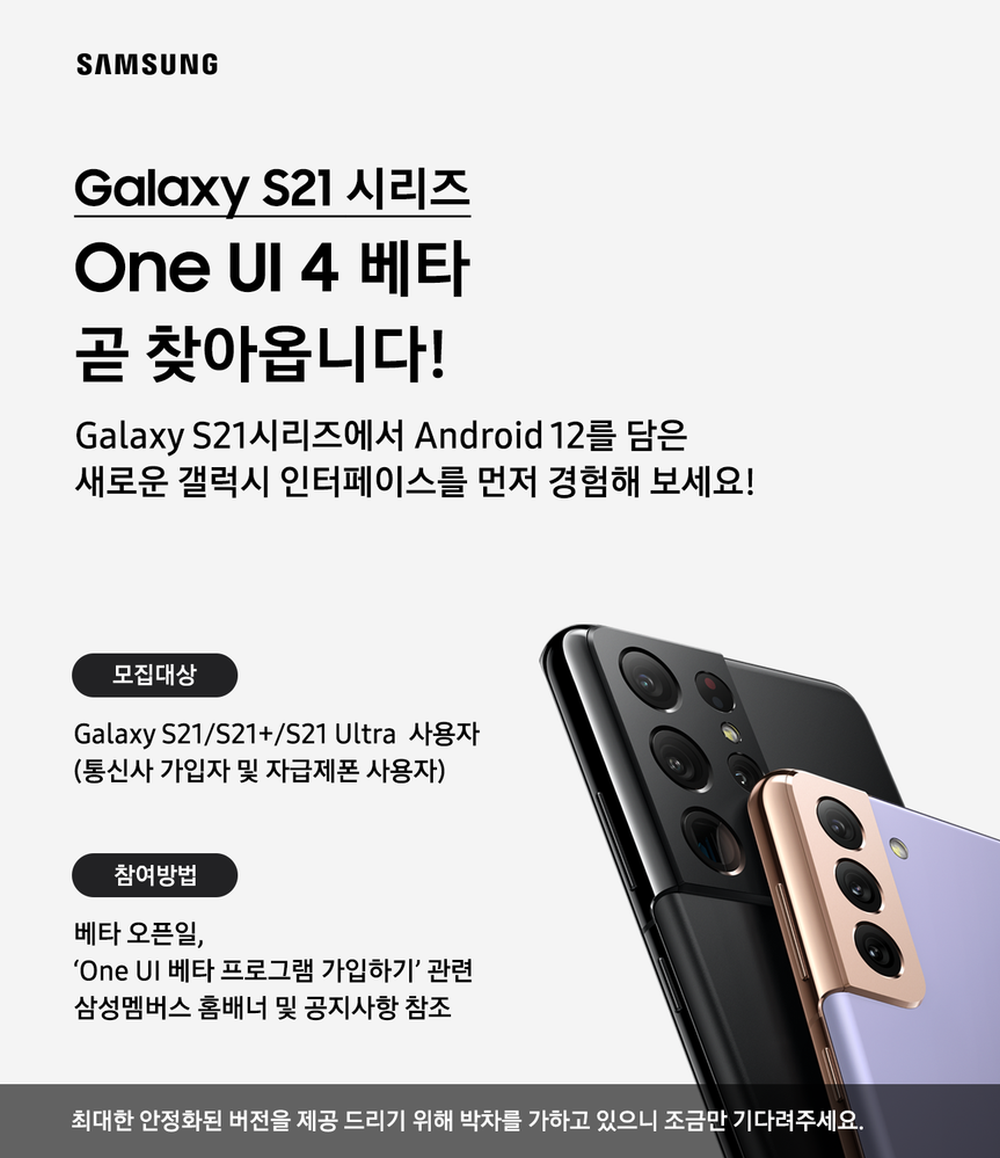