We had reported earlier this year that Samsung is developing the next-generation Galaxy Tab S, and then exclusively revealed that the Galaxy Tab S7 will come in 11-inch and 12.4-inch versions. The tablet is expected to be launched alongside the Galaxy Note 20 in August. Now, the name of the 12.4-inch version of the tablet has been confirmed via the Bluetooth certification agency.

The Galaxy Tab S7+ with model number SM-T976B passed through Bluetooth SIG’s certification process earlier today, and it has been listed on the certification authority’s website. Previous reports indicated that this is the 5G variant of the tablet. The supporting document also reveals that the tablet has been under development since at least November 2019.

The upcoming flagship tablet from Samsung features Bluetooth 5.0 and all the Bluetooth protocols that one expects from a modern-day tablet, including A2DP, AVRCP, LE (low energy), and PAN. The Galaxy Tab S7+ had also received Wi-Fi Alliance’s certification two weeks ago, which means that it will launch sooner than later.

The Galaxy Tab S7+ is expected to feature a 12.4-inch Super AMOLED screen with QHD resolution and HDR10+ capabilities. There’s no clarity on the presence of a high-refresh-rate screen yet, but it is on our Galaxy Tab S7+ wishlist. It will come packed with a massive 10,090mAh battery (EB-BT975ABY), and come in Wi-Fi only, LTE, and 5G variants.

You can expect Android 10 with One UI 2, AKG-tuned stereo speakers, a microSD card slot, an S Pen, Wi-Fi 6, improved cameras, a fingerprint reader, and 25W fast charging via a USB Type-C port. The Galaxy Tab S7 series is expected to be available in grey, blue and brown colors. Samsung would most probably launch a keyboard cover accessory for its upcoming flagship tablets. 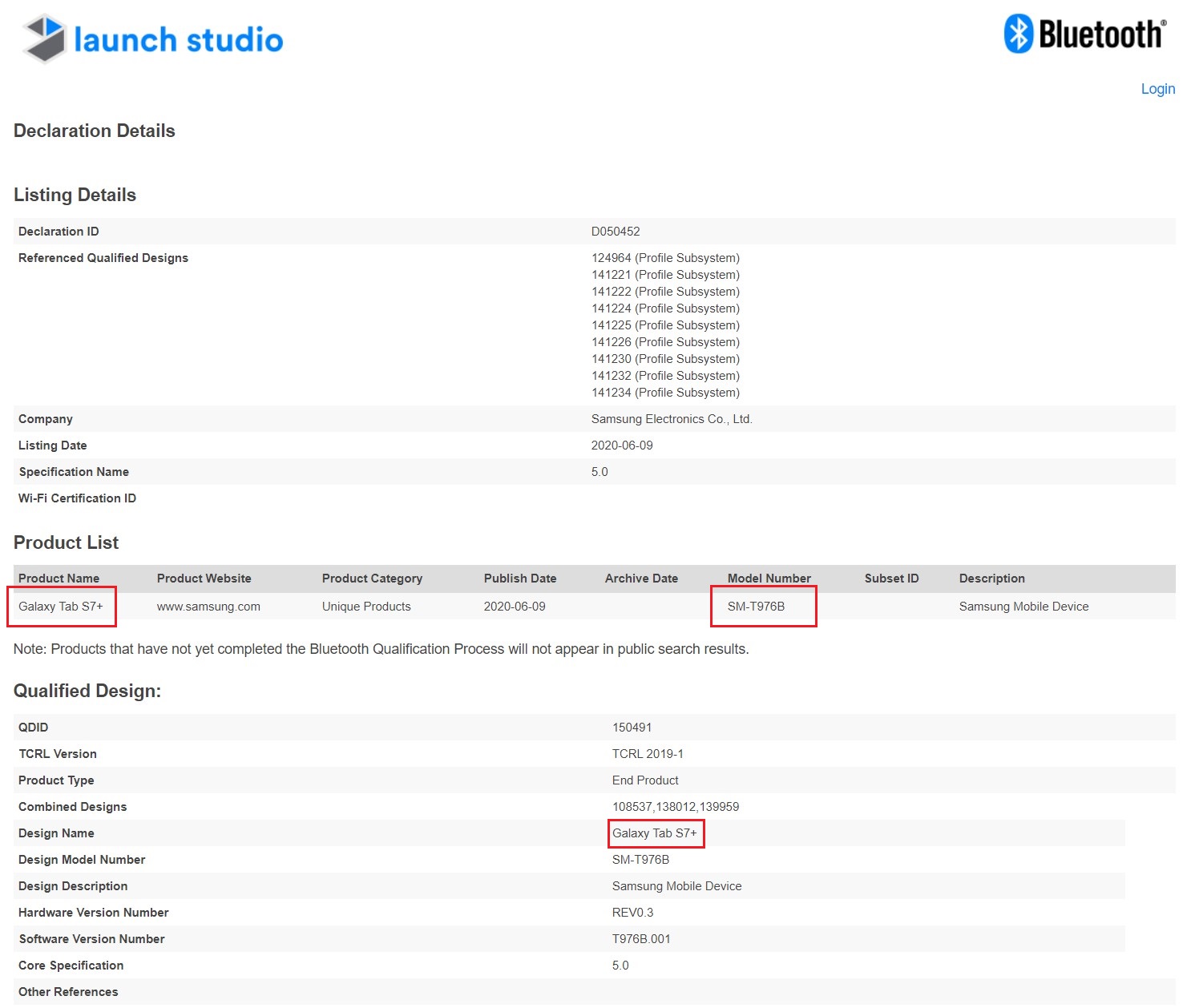