2020 Samsung Galaxy A series pushes the envelope on affordable phones 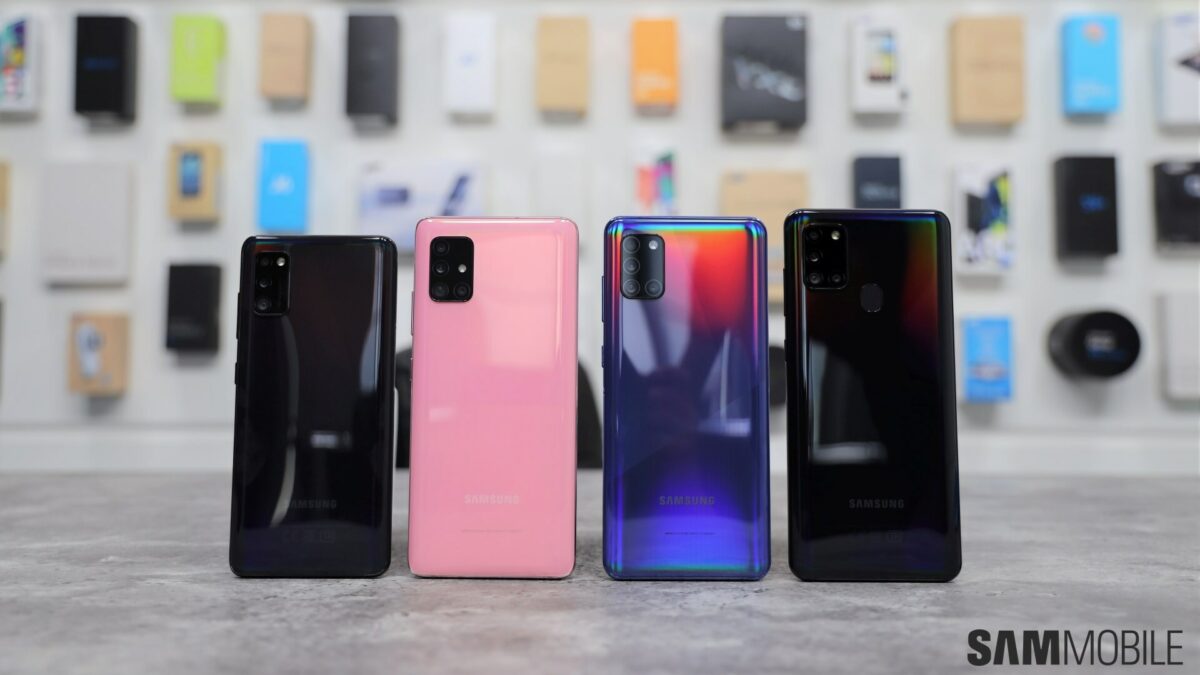 There’s significant competition in the mid-range segment of the smartphone market. While companies have higher margins on flagship smartphones, those devices don’t nearly shift as many units as the more affordable options. No wonder, then, that the Galaxy A50 was one of Samsung’s best-selling smartphones globally last year. The entry-level Galaxy A10e was also its best-selling smartphone in the US in Q1 2020.

Most of the customers are looking to purchase new devices in this price range which is why there are a lot of options. This also means that companies competing in this segment have their work cut out for them. Samsung’s Galaxy A series has come a long way and it has now become a bonafide competitor in this segment of the market. The company has significantly improved its Galaxy A handsets in 2020 to stand head and shoulders above the competition.

Redefining what an affordable smartphone can be The 2020 Galaxy A series offers something for everyone at every price point in the affordable segment. There is an ethos that the entire lineup sticks to, the devices must have a stylish design, a bigger battery and a better camera experience than their direct competition. All of the handsets in this series deliver on this expectation. 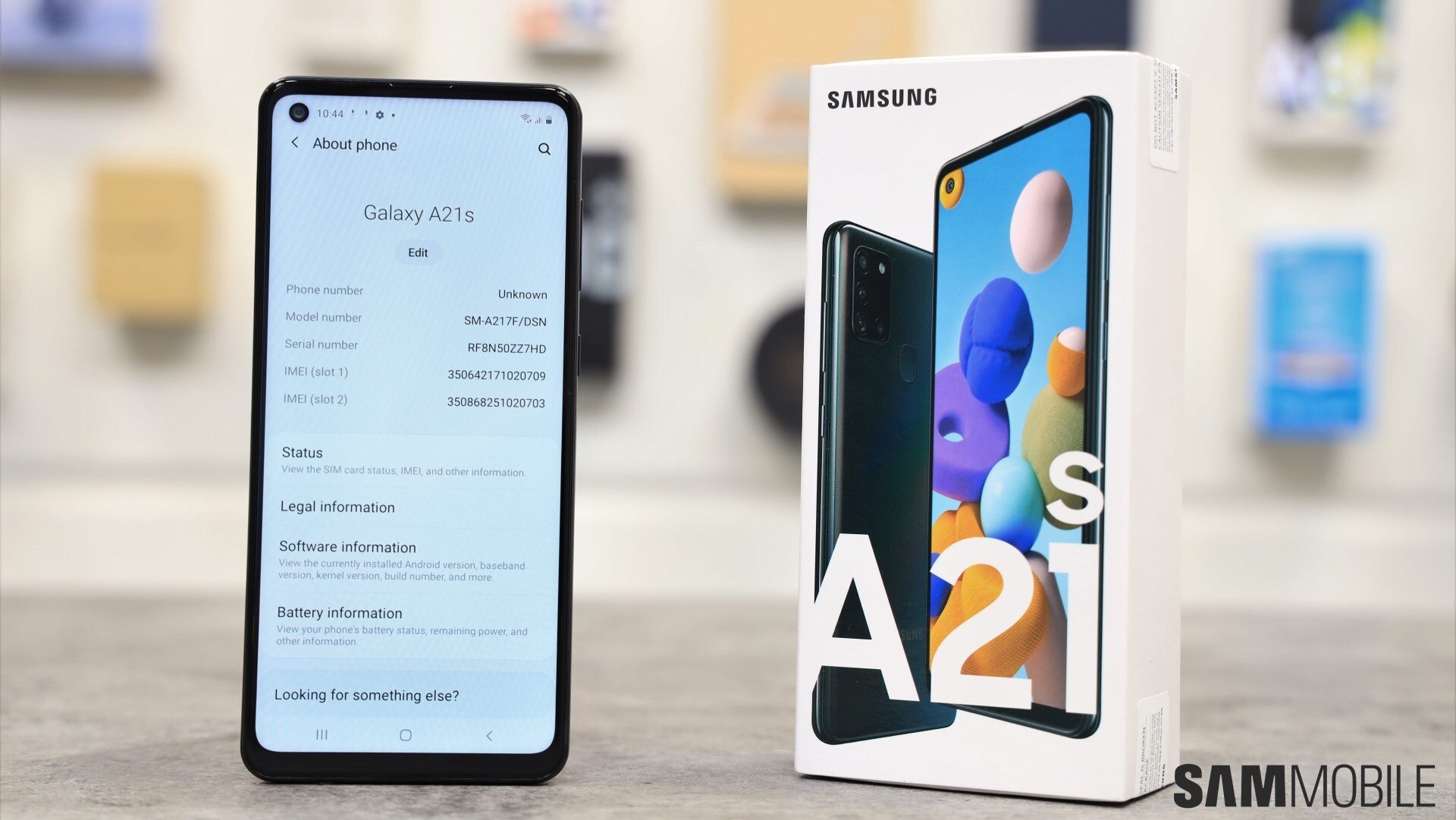 Take the Galaxy A21s for example. It’s one of the most value-oriented smartphones in this series at around $200. Yet, it still features a 6.5-inch display with a 2.0GHz processor and up to 6GB of RAM with 32GB storage. It boasts a beefy 5,000mAh battery with 15W fast charging support. There’s even a quad camera setup at the back with a 48MP primary, 8MP ultra-wide and 2MP macro + 2MP depth-sensing cameras.

Specs like these would be unheard of in a smartphone in this price range a few years ago. Yet, Samsung has consistently raised the bar in this segment and is now offering mid-range devices that the competition can certainly be enviable of. Such a well-rounded device is difficult to find at this price.

The great thing about the Galaxy A series is that it offers exceptional variety. Customers can raise their budget slightly and get even more. All of the different models have their own place in the lineup so it’s never confusing to choose between them. This makes it easier to understand how far your money can stretch with the series. 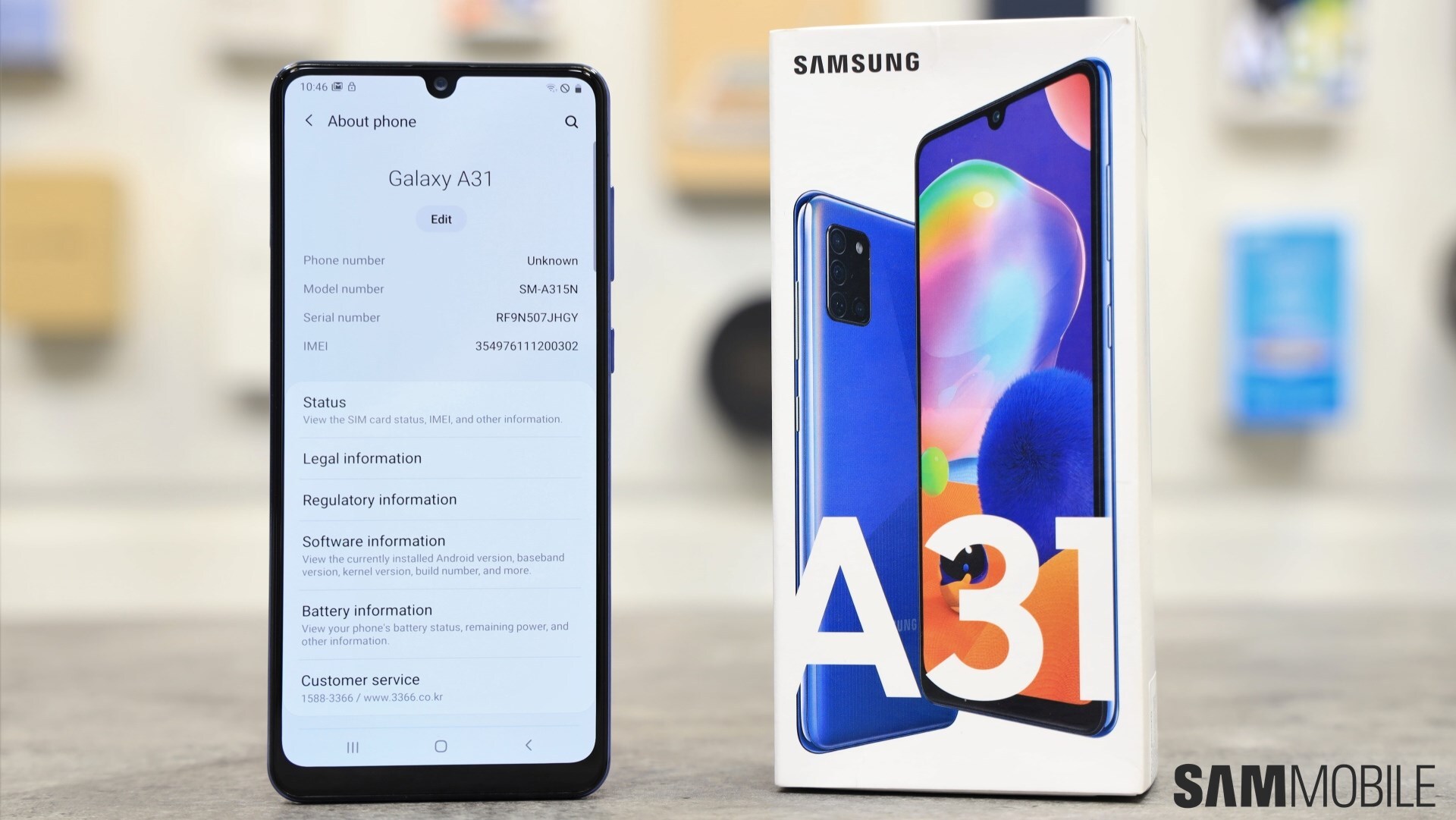 If you spend less than a $100 more over the Galaxy A21s, the Galaxy A31 is a great option. It comes with a 6.4-inch FHD+ Super AMOLED display, a 2.0GHz processor with up to 6GB of RAM and 128GB of storage. What else do you get for your money? It has an in-display fingerprint sensor, a 5,000mAh battery with 15W fast charging, a 20MP front camera in addition to the rear quad camera setup which is similar to the Galaxy A21 but bumps up the depth and macro cameras to 5MP. There’s little to complain about with this device, as we have explained in our detailed Galaxy A31 review.

Devices that are above this price range have to walk a tightrope. Customers who purchase devices at the ~$350 mark have different expectations. They expect their devices to offer more performance and not struggle with heavy games. So the specs landscape changes a bit, that’s also required to provide space to the more premium mid-range devices in this series. 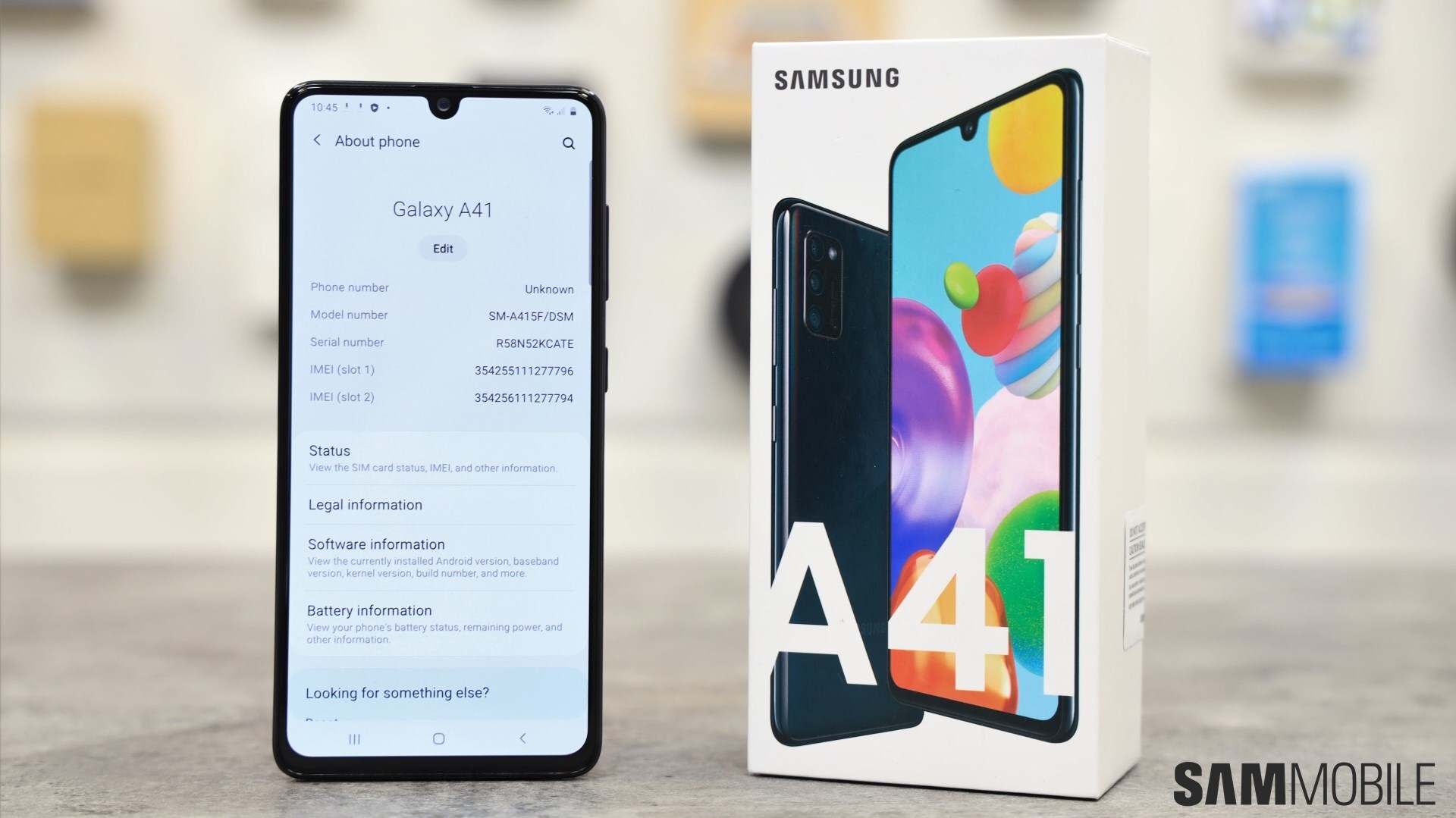 Armed with a 6.1-inch Super AMOLED display, the Galaxy A41 has a 2.0GHz processor with 4GB RAM and 64GB of storage. There’s an in-display fingerprint sensor and 3,500mAh battery with 15W fast charging. A 25MP selfie camera is one of the biggest selling points of this device, making it perfect for those who want to live the social media life without breaking the bank.

What’s great about this device is that it packs all of these powerful specs in a more compact shell. Many customers still prefer compact devices and don’t necessarily want super large displays. That’s why the Galaxy A40 did so well last year, it offered something for customers who wanted to swim against the tide. Samsung has only made its successor better with the latest in specs. 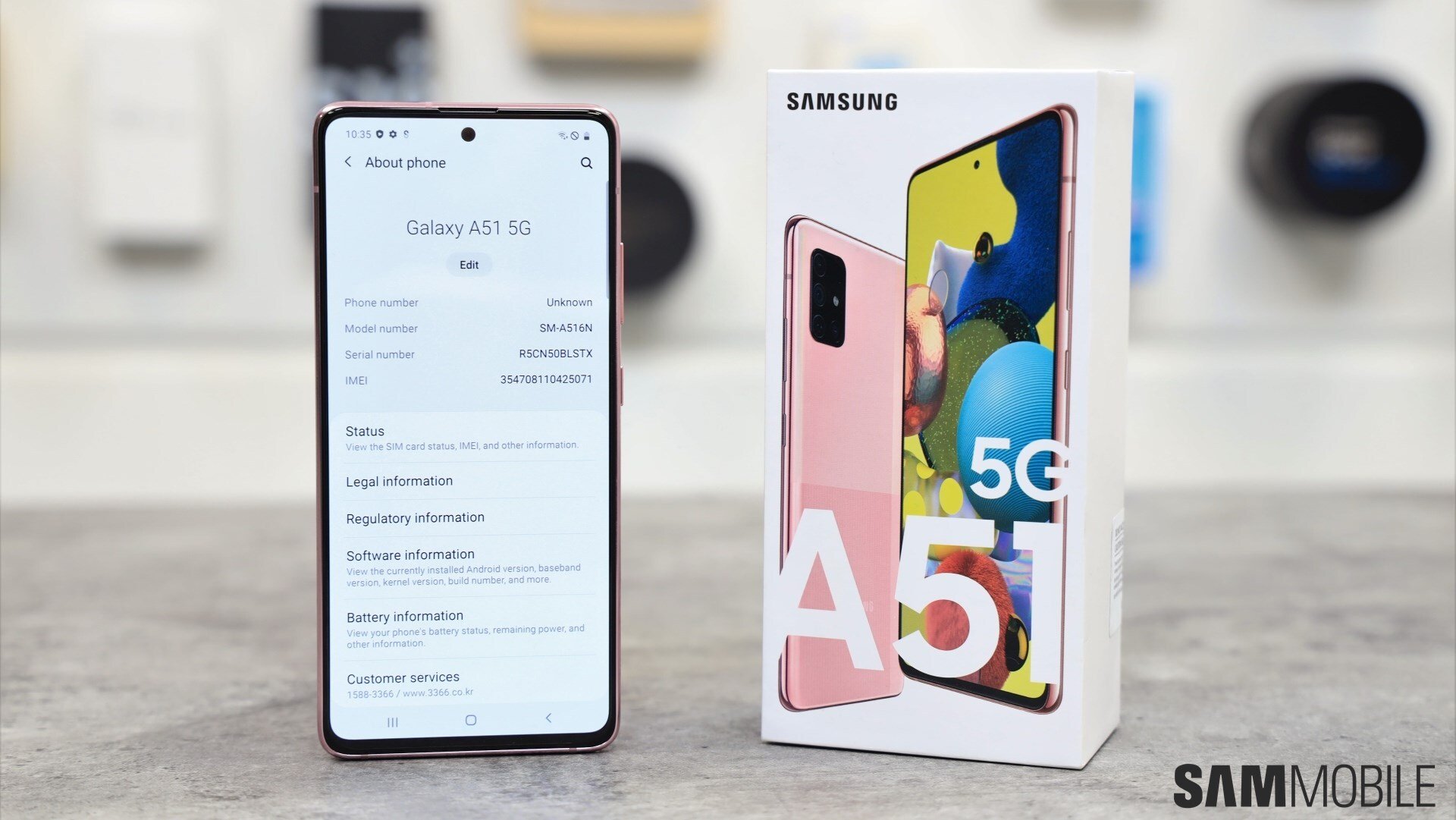 Given the state of the 5G smartphone market in 2019, the first year when commercial 5G networks truly became available, many would have thought it impossible that a 5G smartphone could be available for less than $1,000. There are a lot of people who would want to experience the next-gen mobile standard but wouldn’t really like to spend that much money on a flagship smartphone.

For Samsung, 2020 is the year of 5G. The company has publicly stated this goal and has been making sincere efforts to bring 5G to the masses. It remains one of the biggest vendors of 5G smartphones in the world and is poised to extend that lead even further. Samsung has made brilliant use of its Galaxy A lineup to democratize 5G.

The Galaxy A51 is the successor to the Galaxy A50, a device that performed very well for Samsung in 2019. As we mentioned in our Galaxy A51 review, there’s a lot that this handset gets right, and it’s worthy of taking the baton from its predecessor. Launching the Galaxy A51 5G was a masterstroke from Samsung. It combines one of the best mid-range smartphones from the company with support for the next-gen network and offers it at a price that customers won’t balk at.

The 5G variant of the Galaxy A51 retains everything that made its LTE sibling such a great device. There’s the 6.5-inch FHD+ AMOLED display, 4GB RAM and 128GB storage, 4,000mAh battery, 32MP selfie camera and more. The Galaxy A51 was actually the first Samsung phone with a macro camera. At $499.99, the 5G variant of this smartphone is an incredible deal. It’s going to contribute to a surge in 5G smartphone adoption in markets where these networks have gone live. 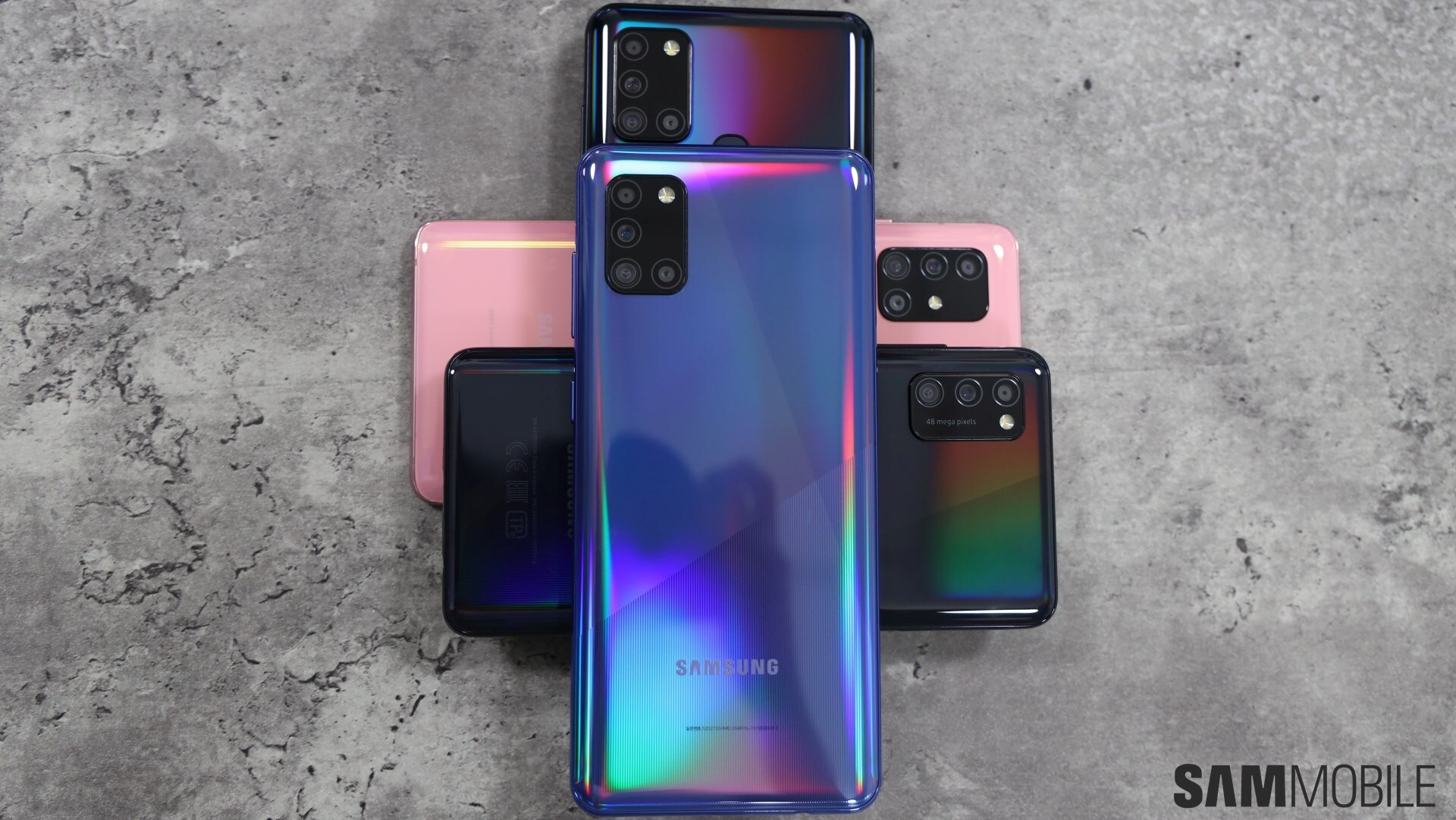 There are other models in the 2020 Galaxy A series as well but its these four that will see the most interest from customers. There’s no doubt that Samsung has thought out this entire lineup very well. Each of these handsets offers its own unique selling point and at price tags that compete, and in some cases, even beat that of competitors. These devices are wholeheartedly recommended to anyone looking to buy a capable, well-built and affordable smartphone.

Then there’s the fact that these are Samsung devices. The brand is much loved across the globe for the quality of its devices which doesn’t degrade even when it comes to its most affordable devices. It also offers great customer support with any issues related to repairs and replacements being handled to the customers’ satisfaction. It’s difficult for many brands to provide such service for devices in this price range but Samsung’s position in the market enables it to do just that.