While Apple failed to launch even a single 5G smartphone last year, Samsung launched various models with 5G connectivity across mid-range and high-end segments. The Galaxy Note 10+ 5G turned out to be the best-selling 5G smartphone in the US last year. As per the latest data, Samsung managed to grab a 74 percent share of the 5G smartphone market in the region.

Counterpoint Research’s director Jeff Fieldhack rightly points out the reasons for lower-than-expected 5G smartphone sales. He notes that high prices of 5G phones along with spotty 5G coverage, a limited number of compatible devices, and compatibility issues led to the below-par sales performance of 5G-equipped smartphones in the US.

The market analysis firm expects the 5G smartphone market share to grow from 1 percent to 25 percent of all smartphones sold in the US this year. Most of the growth is expected to come from Apple and Samsung. 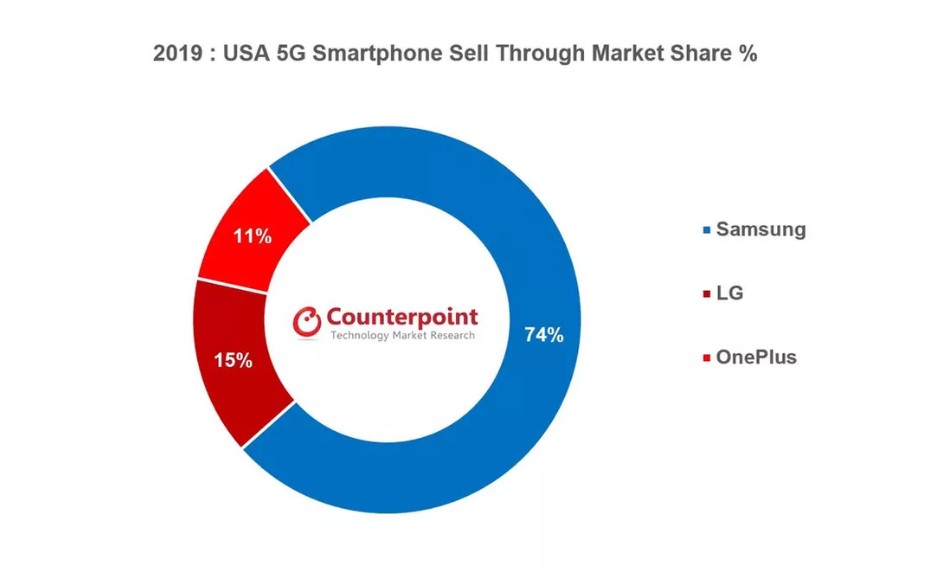