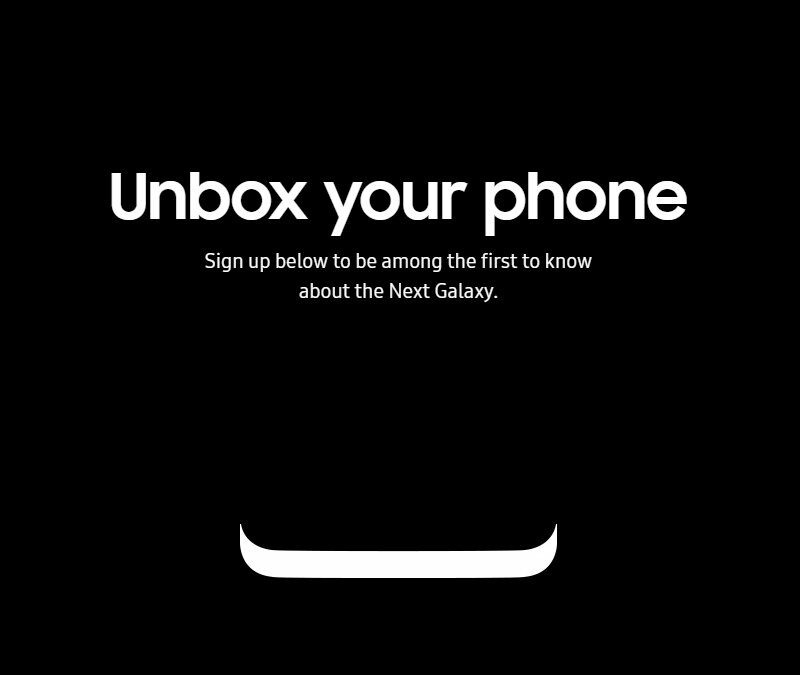 The Galaxy S8 and Galaxy S8+ have much to commend them as upcoming devices. We’ve seen the trademark application filed back in January, drawings of the device, official phone monikers and logos, support pages and product numbers, official Samsung cases and third-party case listings, along with numerous photos to confirm the phone’s existence.

But some leaks are more important than others. 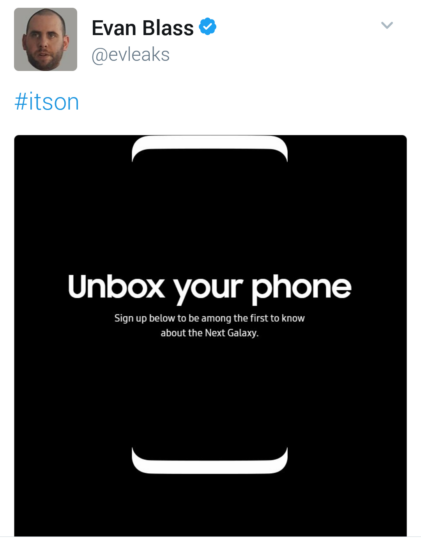 The Galaxy S8 signup page has leaked, with only the words “Unbox your phone” and “sign up to be among the first to know about the Next Galaxy.” What’s most interesting, though, about the Galaxy S8 signup page is the phone design trace that we’re given. This same design looks eerily similar to the phone design we’ve seen in the Galaxy S7’s Secure Folder app that has arrived with the Nougat update, and the top and bottom bezels are thin and in sync with what the upcoming phone will bring.

The spec sheet for the Galaxy S8+ shows the presence of rounded corners that take up 0.1 inches of the phone’s display, matching the phone’s design trace on the S8 signup sheet. The left and right of the display are practically bezel-less, in line with what rumors have stated about the Galaxy S8 and Galaxy S8+.

The Galaxy S8 signup page will be officially made available at some point after the announcement, but we still don’t know when the announcement date will be exactly. We’ve heard it could be March 29th, but Samsung has said that it will reveal more in a few days. We expect a one-minute Galaxy S8 tease at MWC 2017, which may answer our questions then. If April 21st is indeed the worldwide launch date of the device, then Samsung will have to strike soon – presumably next month.

Do you want to know about The Next Galaxy?