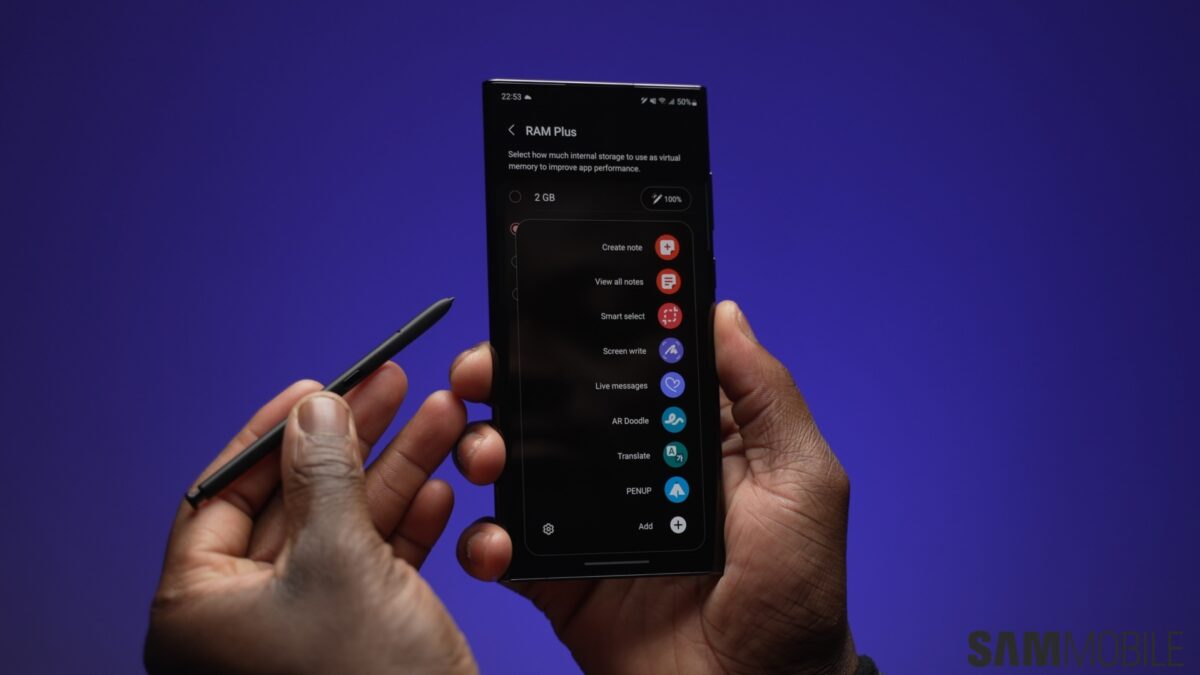 When the Galaxy S22 Ultra launched earlier this year, we were quick to point out how the addition of the S Pen slot did some collateral damage: Samsung had to throw out the virtually perfect dimensions of the Galaxy S21 Ultra so the S Pen could fit into the Galaxy S22 Ultra. Galaxy Note fans were no doubt unfazed by it, but that design change simply did not sit well with the rest of us.

And now, nearly a yearly later, as many of us continue to use the Galaxy S22 Ultra here at SamMobile, the device continues to feel too wide and awkward to use. Again, we know having an S Pen sitting inside the phone itself, along with an attempt to make it feel more Note-like, probably made it necessary for Samsung to go for a boxy shape. But again, unless you’re a serious S Pen user, it feels like a major disadvantage.

It’s especially an issue if you’ve had the privilege of using both Samsung’s Galaxy Z Fold smartphones and the Galaxy S22 Ultra. Yes, the Galaxy Z Fold’s cover display is too narrow for some, which is another issue and a discussion for another day. But it also has the advantage of making the phone considerably thinner than anything else Samsung is selling and allows much easier one-handed use.

Unfortunately, with Samsung having decided the Galaxy S Ultra is the new Galaxy Note, the unwieldy design is probably never going away, and anyone wanting the best flagship phone (when taking things like camera capabilities into account) from Samsung will have no alternative. Because if there’s one feature that’s unique to Samsung’s Android smartphones, it’s the S Pen, and we simply don’t see the company ever getting rid of it.

What about you? Are you fine with the Galaxy S22 Ultra’s design, or would you have preferred a design that’s not as wide and box-shaped? Let us know down in the comments!