Newly leaked renders are offering us yet another look at the Galaxy Watch Active 2 ahead of its launch on August 5. There’s been a constant barrage of Galaxy Watch Active 2 leaks ever since we opened up the pandora’s box with our exclusive reveal of Samsung’s upcoming smartwatch in the flesh, and the latest round of leaked renders from Android Headlines and leakster Evleaks show the watch from every angle and also give us a look at the blue color variant.

The first Galaxy Watch Active was offered in a green shade in addition to silver, black, and Rose Gold options, and the green is being replaced by a blue version for the Watch Active 2. That blue would be one of the color options was already revealed in an earlier report, but this is the first time we’re seeing what it looks like. However, an important design element is missing in all these renders: a red ring around the power button, which was present in the real-life pictures of the watch that we published in late June.

In fact, it has been missing in all of the renders that have leaked in the past few days, and that’s probably because these are renders of the Wi-Fi-only variant. Apple uses a similar red ring on the ‘Digital Crown’ on its Apple Watch Series 4 to denote the LTE variant, which might be what Samsung is going for as well. It’s also possible Samsung decided against using that ring on the Galaxy Watch Active 2 in order to avoid comparisons with Apple’s smartwatch. With just four days to go for the Watch Active 2’s unveiling, we’ll find out what’s what soon enough. 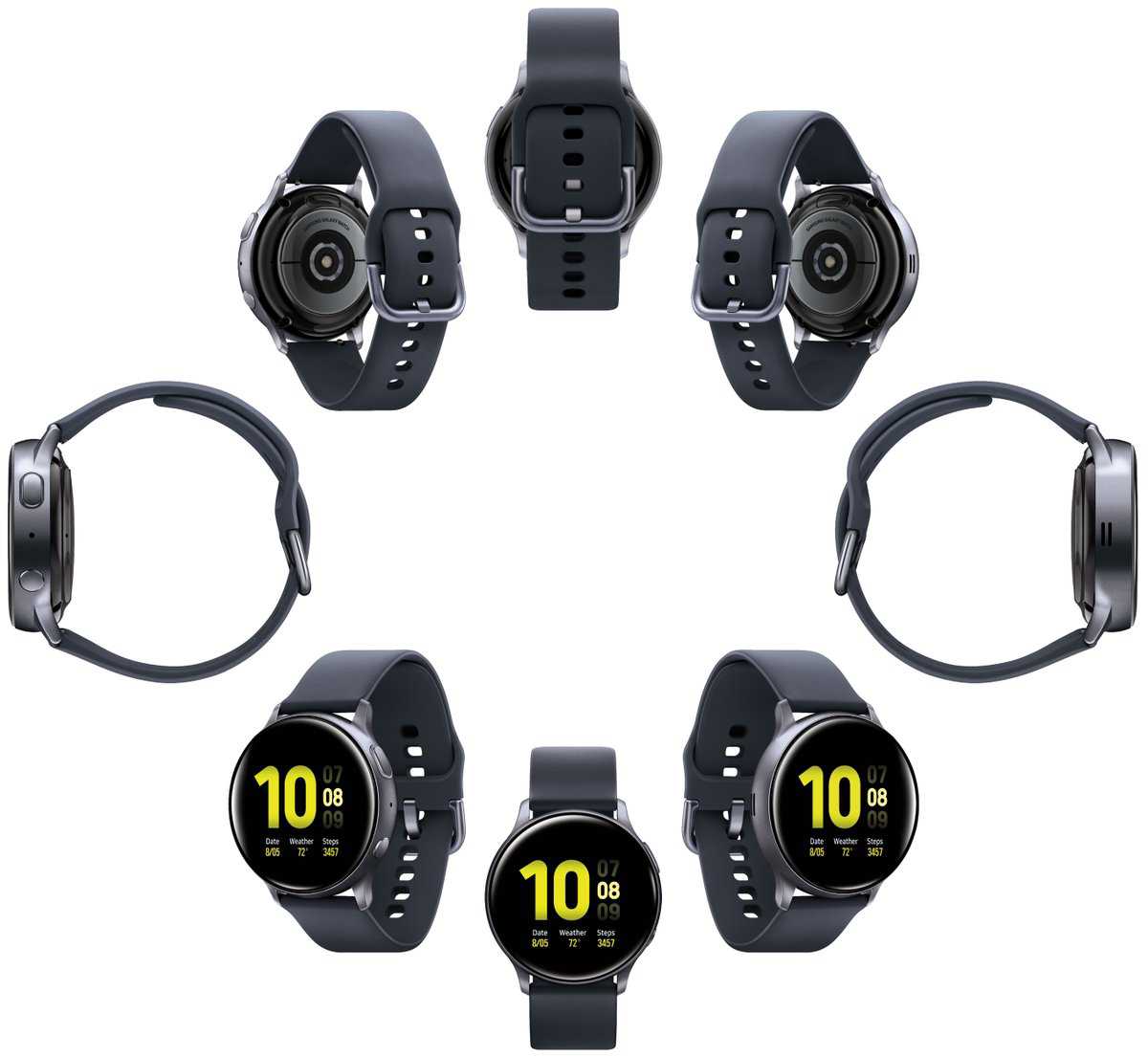 Note: This story incorrectly mentioned that the red ring on Apple Watch Series 4 is meant to denote the built-in electrodes for heart rate monitoring. We’ve fixed and updated the article. Hat tip to Albert Ribas for bringing this to our attention.