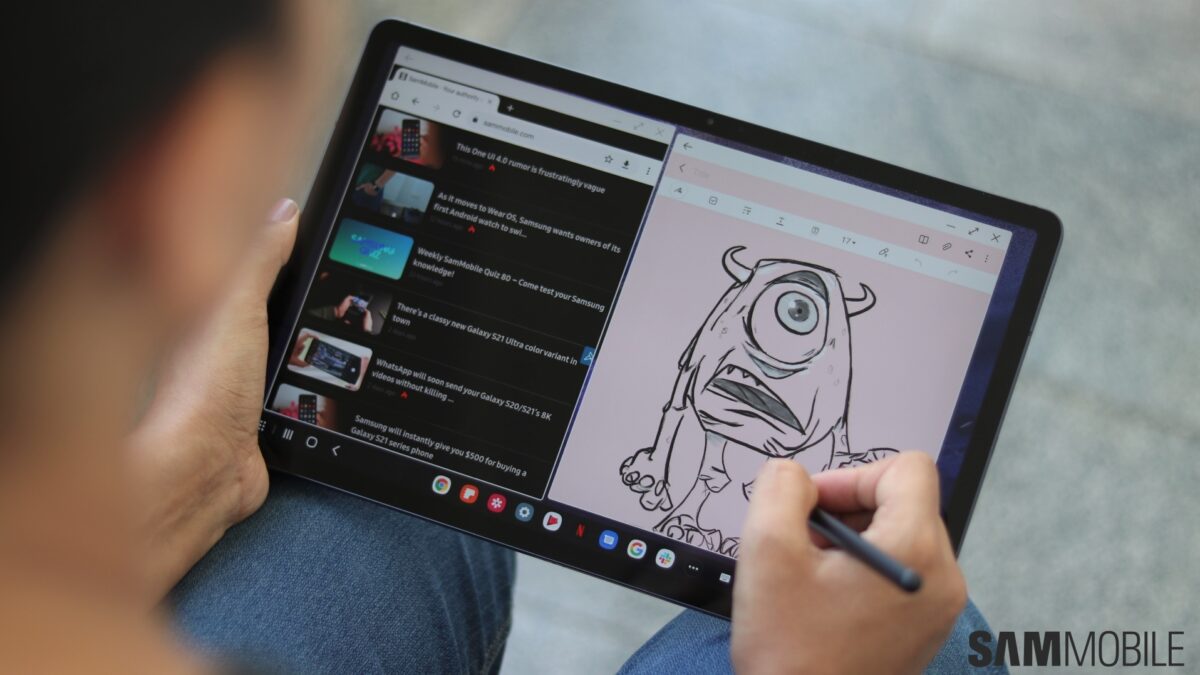 For Samsung’s upcoming Galaxy Tab S8 series, it wasn’t the rumor mill that first gave us all of the important details. We got those through a survey that Samsung ran in Korea a few months back, and rumors and leaks since then have only served to reiterate what we learned in that survey.

There are going to be three Galaxy Tab S8 models: The base Tab S8, the Tab S8+, and the Tab S8 Ultra. The Ultra model is said to have a massive 14.6-inch screen and a huge 11,500 mAh battery, and those specs are being reiterated today by tipster Ice Universe, who also revealed that the screen resolution will be 2960×1848 pixels.

That would equate to a pixel density of around 240 PPI, which isn’t much lower than the Tab S7+’s (the Tab S7+ comes with a 266 PPI 12.4-inch display with a resolution of 2800×1752 pixels) and should make for a sufficiently sharp viewing experience. Oh, and the Tab S8 Ultra will use an OLED panel – so will the Tab S8+, while the Tab S8 is expected to feature a TFT panel. Naturally, a 120Hz refresh rate can be assumed to be present on all models.

Samsung is also reported to be working on a new ultrathin display bezel tech for the Galaxy Tab S8 Ultra called BRS (Border Reduction Structure), though it remains to be seen exactly how much of a downsize in bezel size it will turn out to be. Ultra-thin bezels on a tablet don’t make as much sense as they do on phones, but smaller bezels could be a good idea for a tablet with a 14.6-inch display.

The Galaxy Tab S8 Ultra is one of the best Samsung tablets ever made. It’s also one of the most expensiv …