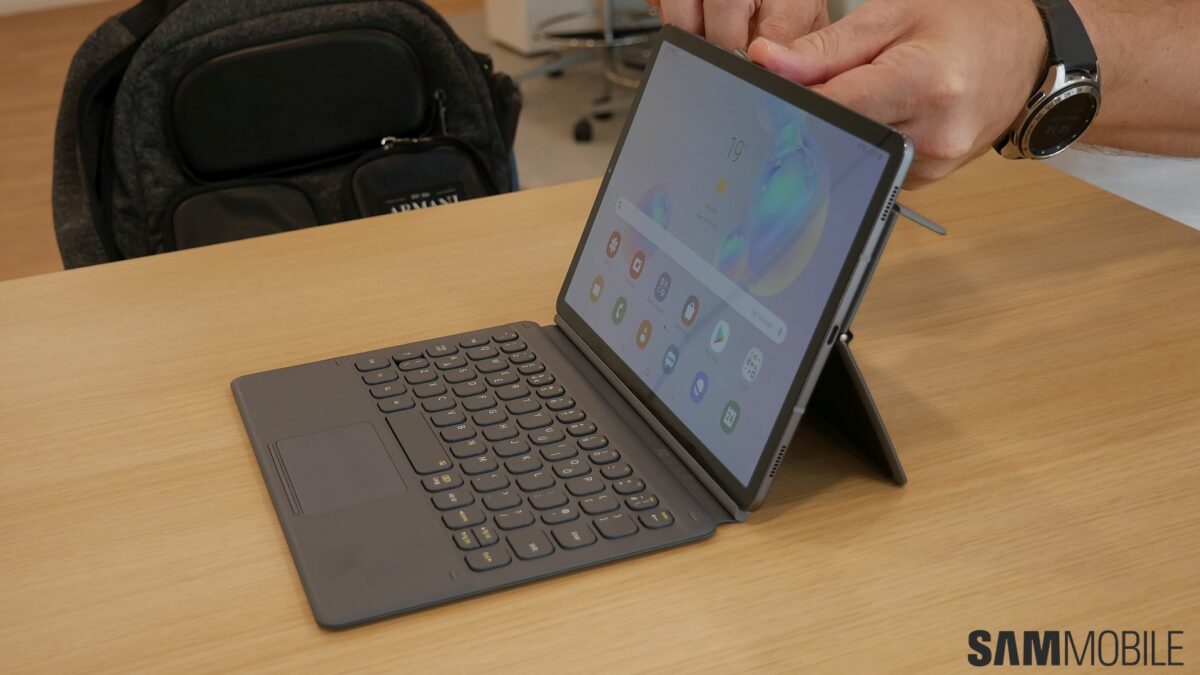 The Galaxy Tab S6 5G has apparently been spotted in a couple of photos shared by the Korean media. It’s unclear where exactly these photos were taken but the Galaxy Tab S6 5G is expected to debut in South Korea before the end of the first quarter, and so it may have been spotted on a store’s shelves ahead of its official release.

The leaked spec list tells a rather bland story. As you would expect, the Galaxy Tab S6 5G is no different from the LTE model in terms of internal hardware, sans the 5G chip. It has the same 10.5-inch sAMOLED display, Snapdragon 855 chipset, and camera configuration comprising two rear-facing shooters and one 8MP selfie sensor. The 5G variant listed here has 6GB of RAM and 128GB of storage, but we suspect that a 256GB model with 8GB of storage will also be made available, at least in some markets.

The 4G model offered three color options at launch, namely Cloud Blue, Rose Blush, and Mountain Gray, but the Galaxy Tab S6 5G could be offered only in the latter flavor. Much like the storage options, color choices are generally market-dependent so the leaked spec list above might not tell the whole story for every market.

The Galaxy Tab S6 5G has already been certified by the Wi-Fi Alliance, Bluetooth SIG, and the Korean National Radio Agency, and should soon hit the shelves in South Korea as Samsung’s – and the world’s – first-ever 5G tablet.