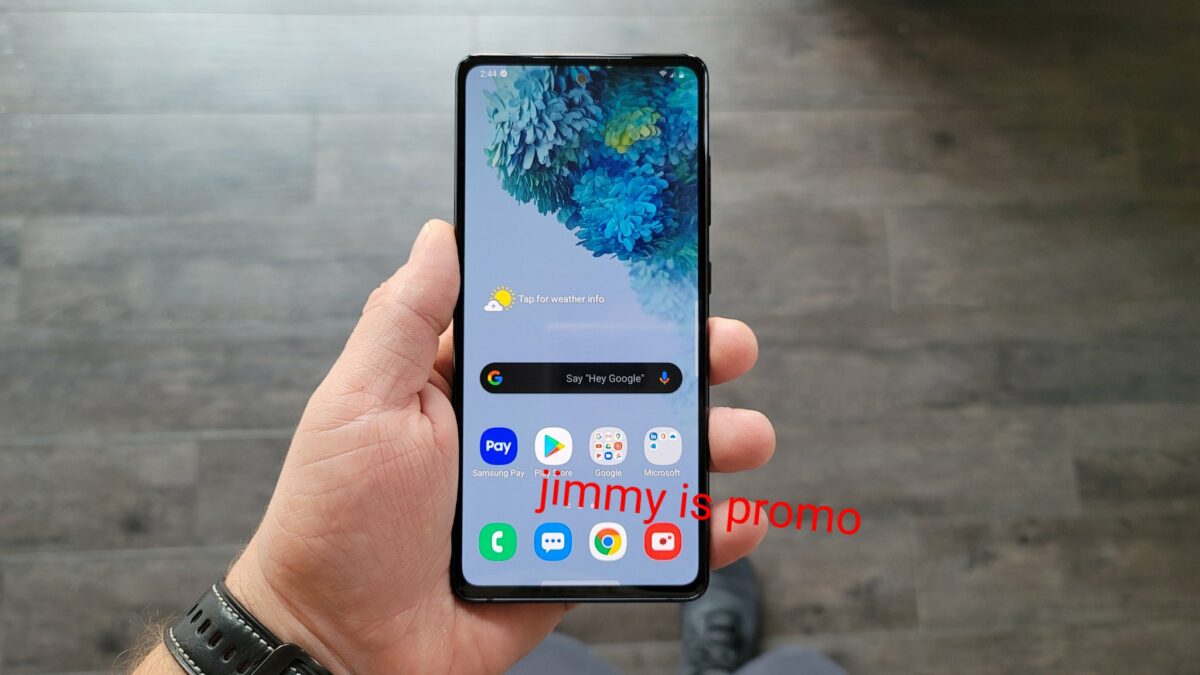 The Galaxy S20 Fan Edition is just days away from its official unveiling, and the leaks are out in full force. Topping off two months’ worth of early sightings are several real-life images of the Galaxy S20 FE 5G that just appeared on Twitter. The high-resolution photographs seen below confirm Samsung equipped its upcoming smartphone with a flat display. In effect, the Galaxy S20 FE 5G has noticeably thicker bezels, at least relative to the original Galaxy S20 series.

Apart from these real-world images, today’s leak also reiterates some of the previously rumored specs attached to the Galaxy S20 Fan Edition. Those include a 6.5-inch 120Hz display, IP68-rated resistance to the elements, and One UI 2.5 based on Android 10.

Samsung’s most affordable flagship of the year

The triple-camera setup on the back of the smartphone is said to consist of a 32-megapixel main camera, a wide-angle lens, and a 3x telephoto one. In terms of technical prowess, the device seems to be sitting between the Galaxy S20 and Galaxy S20+.

Samsung already confirmed its final Unpacked event of the year is taking place next Wednesday, September 23rd. Both the LTE and 5G versions of the Galaxy S20 Fan Edition are expected to be unveiled as part of the happening. Much like the smartphone’s moniker implies, this will be Samsung’s most affordable flagship of the year. It’s also believed to be launching globally, albeit with limited color availability, with Samsung working on at least half a dozen different variants. Finally, the Galaxy S20 FE debut will also see Samsung continue its celebrity collaboration with boy band phenomenon BTS.