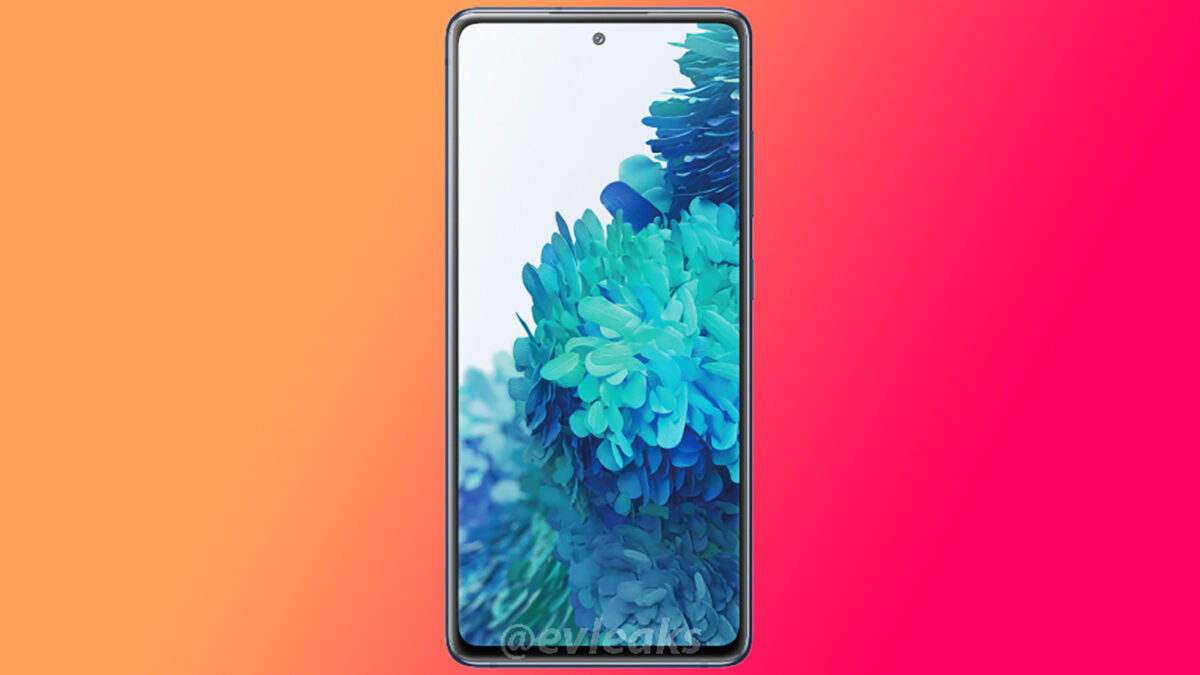 The Galaxy S20 Fan Edition is expected to be launched as a spiritual successor to the Galaxy S10 Lite. We had exclusively confirmed the phone’s existence three months ago. Its design and specifications have been leaked already, and the device appears to be coming in both LTE (SM-G780) and 5G (SM-G781) variants. Now, the phone’s pricing for the 5G variant appears to have leaked alongside its color variants.

Going by a leaked image, the Galaxy S20 Fan Edition’s 5G variant could cost CAD 1,148.65 (around $878). The device could debut in as many as six colors: lavender, navy, orange, red, sky green, and white. These are the same colors that were visible in an image leaked by Evan Blass (@evleaks). There’s no concrete information around the price of the LTE variant of the device and the launch date, though.

Samsung appears to have cut some corners on the camera front. It has a triple-camera setup with a 12MP wide-angle camera, a 12MP ultrawide camera, and an 8MP telephoto camera with 3x optical zoom. The phone could feature a 32MP selfie camera and IP68 rating. Running Android 10 with One UI 2, the phone will be powered by a 4,500mAh battery that supports up to 45W fast charging. 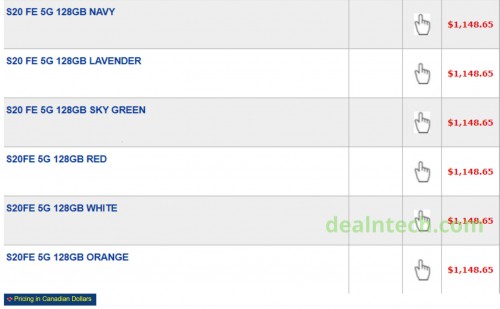