The Galaxy S20 Fan Edition has been leaking for a while now, but if there was ever any doubt regarding its planned Ocober launch, the sheer volume of information on the device that’s now emerging pretty much guarantees it will hit the store shelves much sooner than January. For added context, given how the Galaxy S20 FE is pretty much a direct sequel to the Galaxy S10 Lite, it stood to reason Samsung could end up launching it exactly a year following the debut of what’s arguably its last high-end smartphone that was met with pretty much universal acclaim from critics and consumers alike.

Well, if you needed another reason to get excited for what’s essentially a more value-focused Galaxy S20+ – how about half a dozen of them? Because that’s how many color variants known industry insider Evan Blass (@evleaks) leaked just moments ago, merely a day after a series of high-res CAD renders already revealed pretty much everything we were still wondering about the upcoming Android flagship.

Based on our recent exclusive, you’re looking at Prism Violet, Prism Blue, and Prism White variants of the Galaxy S20 Fan Edition. That seems to be a pretty straightforward naming pattern, it seems likely the other trio of these beautiful finishes will also reference spectrometers. 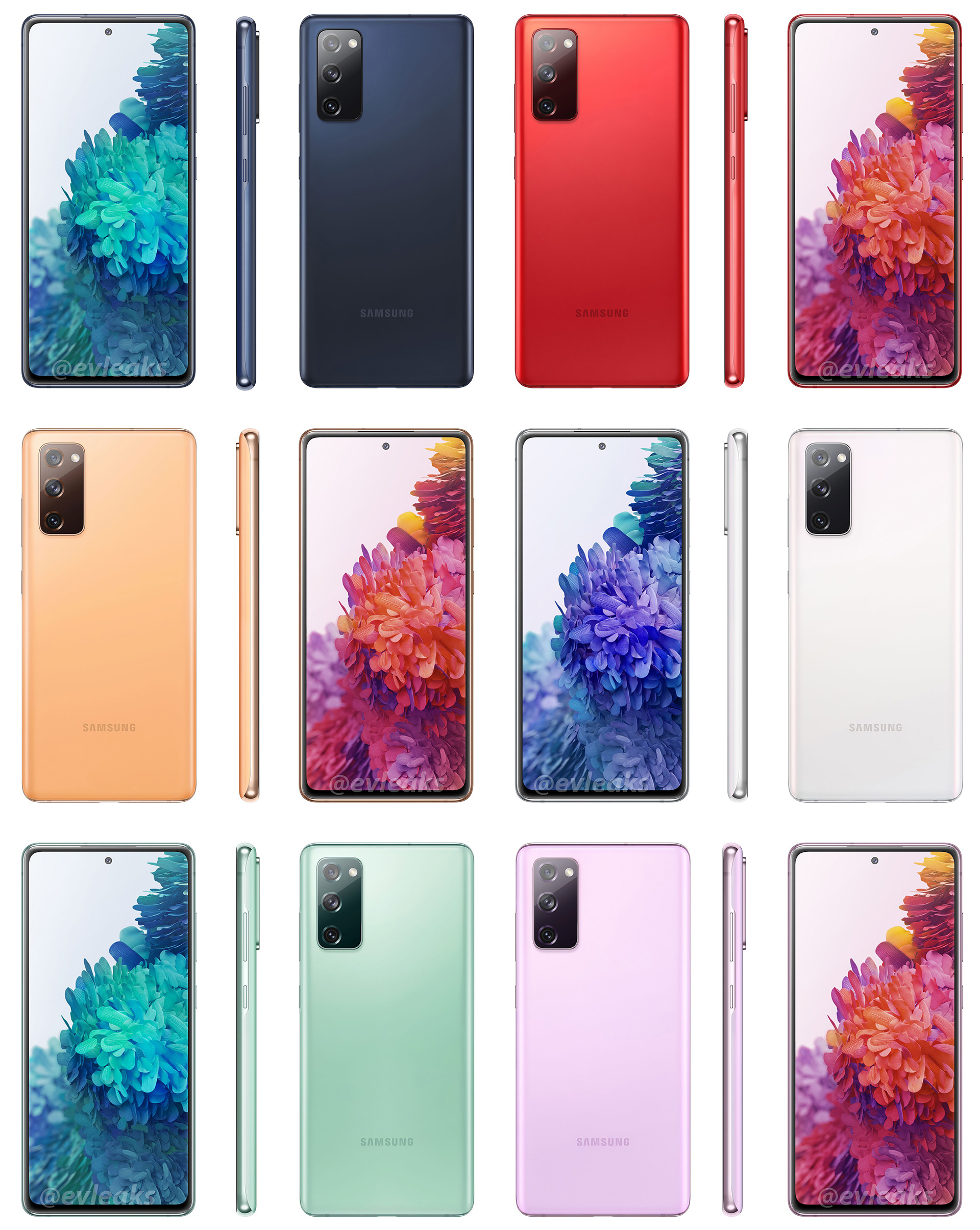 It’s currently unclear whether all of the six finishes featured herein will be released globally, though let’s be realistic – that was never going to happen; Samsung pretty much pioneered the science of highly targeted smartphone color releases, having often cited it as a reliable method for prolonging interest in its high-end smartphones. And it truly seems to be going out of its way to appeal to everyone this time around as all of the newly emerged colors look pretty enthralling.

The Galaxy S20 FE is expected to launch in both LTE- and 5G-compatible variants, with recent rumors even pointing to an Exynos 990 model being in the works. FE-branded Galaxy smartphones traditionally utilized Qualcomm’s Snapdragon chips but given the sad state of Samsung’s latest premium silicon, this minor product shift kind of makes sense; after all, you have to be a pretty hardcore fan in order to choose the Exynos 990 over this year’s Snapdragon 865, but based on Samsung’s previous releases, few are expected to actually face that choice as the two models will presumably release in different markets.