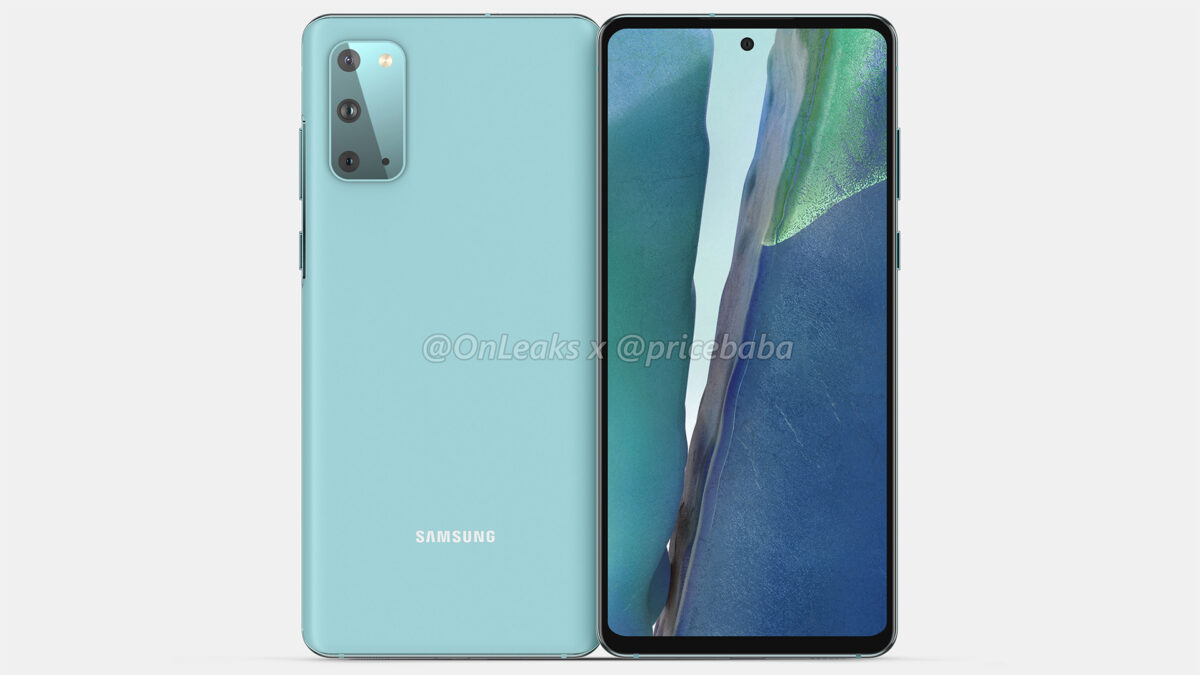 The Galaxy S20 Fan Edition (FE) showed its face once again, this time starring in a set of unofficial renders authored by known industry insider @OnLeaks. The smartphone, whose existence we managed to confirm back in June, is pretty much a flat-screen Galaxy S20, though Samsung reportedly agonized over its specifications for months. It will utilize the Snapdragon 865 and launch in both LTE and 5G configurations, previous reports indicated. An Exynos variant might exist as well.

Based on the source’s track record, these newly emerged renders are believed to be a fairly accurate representation of the Galaxy S20 Fan Edition, meaning they’re based on insider information regarding its dimensions. Speaking of which, this Android smartphone is said to measure in at approximately 161 x 73 x 8mm and sport a 6.4- or 6.5-inch Super AMOLED display. That makes its physical footprint nearly identical to that of the 6.7-inch Galaxy S20+, even if the total screen real estate it has to offer ends up being slightly smaller.

Naming formula differences aside, the device is pretty much a successor to the Galaxy S10 Lite (the Exynos variant notwithstanding). That particular model launched this January, but the Galaxy S20 FE may hit the store shelves as early as October as Samsung shifts to quarterly flagship releases.