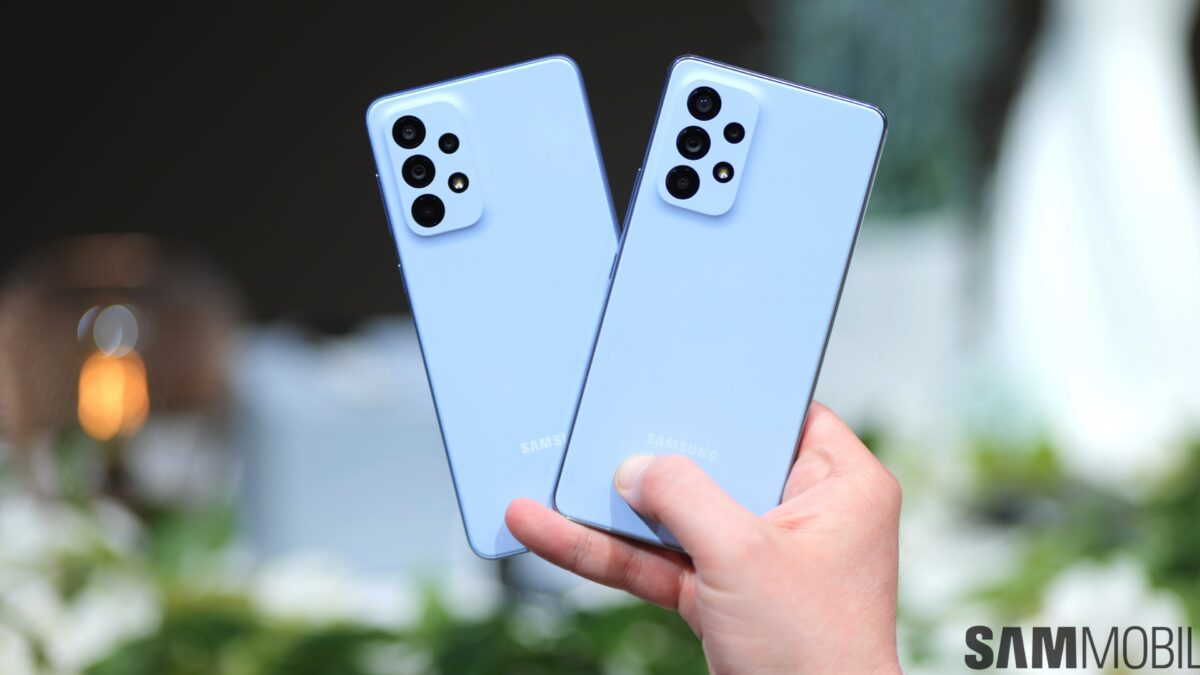 Samsung unveiled the Galaxy A73 today. It is the highest-end smartphone in the Galaxy A lineup for 2022. It features a big Super AMOLED display with a high refresh rate, a huge camera sensor with OIS, and a big battery.

But is it worth upgrading from the Galaxy A72 that was launched last year? Let’s find out.

Galaxy A73 is a better phone for gaming, thanks to its faster processor

Both smartphones feature 6.7-inch Super AMOLED Infinity-O displays with Full HD+ resolution, but the Galaxy A73 has a 120Hz refresh rate. The Galaxy A72 was limited to a 90Hz refresh rate. This means that Samsung’s new phone should offer smoother visuals. Both phones have an in-display fingerprint reader, stereo speakers, and an IP67 rating for dust and water resistance.

Galaxy A72 has a dedicated telephoto camera; Galaxy A73 has 8K video recording: pick one

Love the headphone jack? Galaxy A73 isn’t for you

Both phones are powered by the same 5,000mAh battery and support 25W fast charging. The Galaxy A73 lacks a 3.5mm headphone jack, and it doesn’t come with a charger or earphones in the box. So, if you love the headphone jack or the telephoto camera, the Galaxy A73 isn’t for you.

So, who’s the winner?

Well, there isn’t a clear winner in this battle. If you want faster performance and longer software support, the Galaxy A73 is the pick for you. But if you value things like a telephoto camera and a headphone jack, you’ll be happy with the Galaxy A72. Hopefully, Samsung will do better next year with the successor to the Galaxy A73.