Here’s our first official look at the Galaxy A73 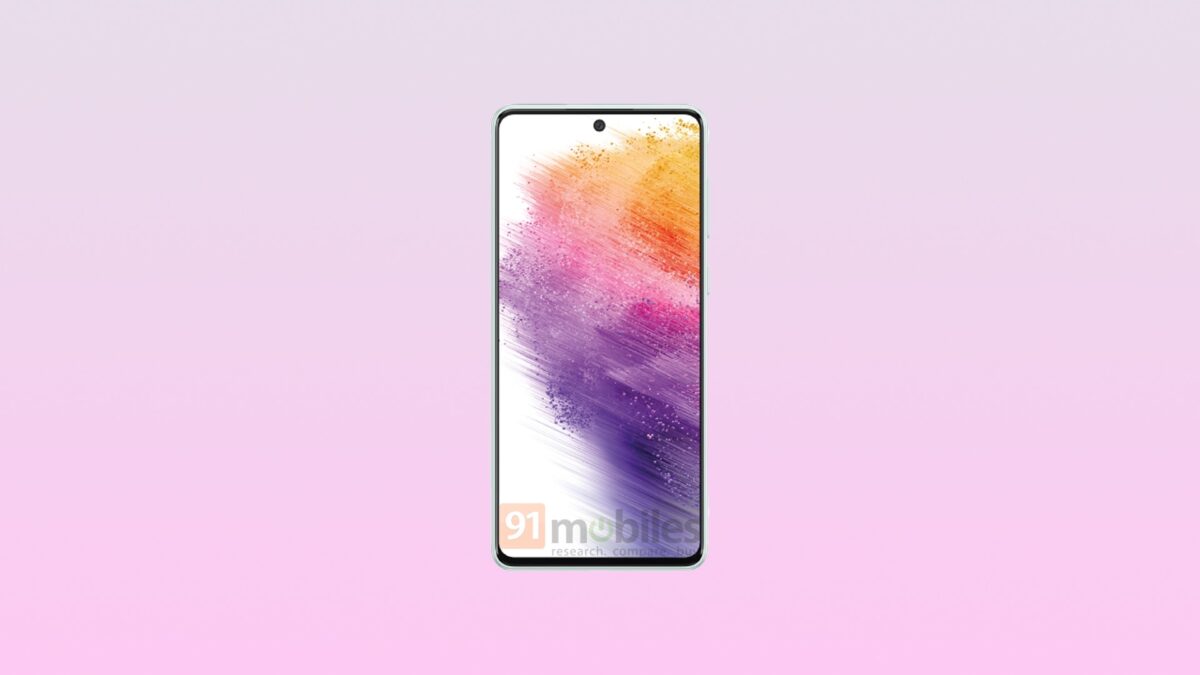 It is expected that Samsung will unveil more Galaxy A series smartphones for 2022 later this month. The Galaxy A53 was leaked earlier this week, and now, the first press renders of the Galaxy A73 have been revealed.

91Mobiles has published press images of the Galaxy A73. The smartphone appears highly similar to the Galaxy A53 and the Galaxy A72 in terms of design. At the front, it has a 6.7-inch Super AMOLED Infinity-O display with Full HD+ resolution, a 120Hz refresh rate, and an in-display fingerprint reader.

At the rear, the device has a quad-camera setup. The leak claims that the phone has a 64MP OIS primary camera (although some leaks claimed it has a 108MP camera), a 12MP ultrawide camera, a 5MP macro camera, and a 5MP depth sensor. According to other leaks, the phone will have a telephoto camera instead. 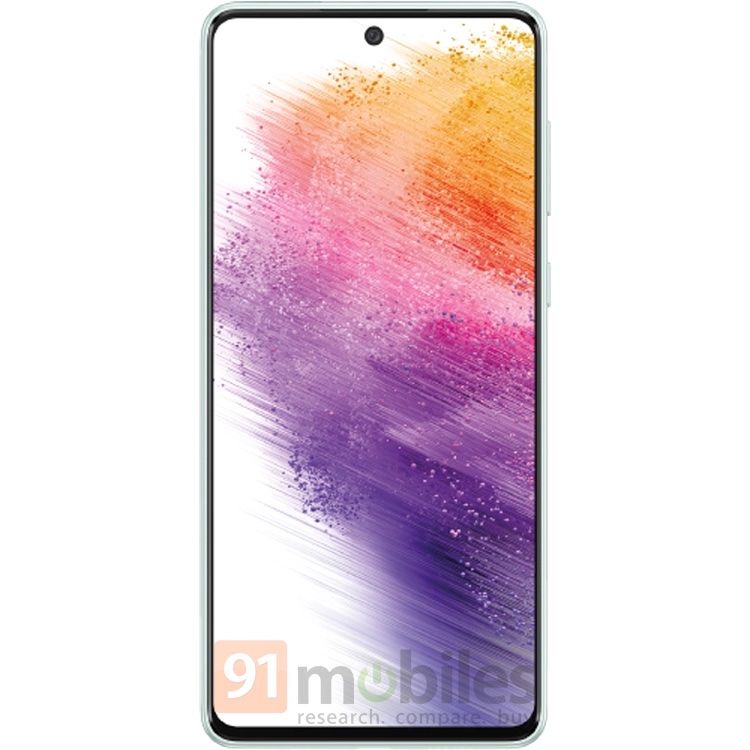 The device comes equipped with the Snapdragon 778G processor, which is a powerhouse in performance. It is the same chipset that featured in the Galaxy A52s 5G. The Galaxy A73 is expected to feature 6GB/8GB RAM and 128GB/256GB storage. Other features could include an IP67 rating, stereo speakers, 5G, NFC, and a USB Type-C port.

The phone is expected to come powered by a 5,000mAh battery and 25W fast charging. The Galaxy A53 could launch in multiple colors and carry the same price tag as the Galaxy A72. 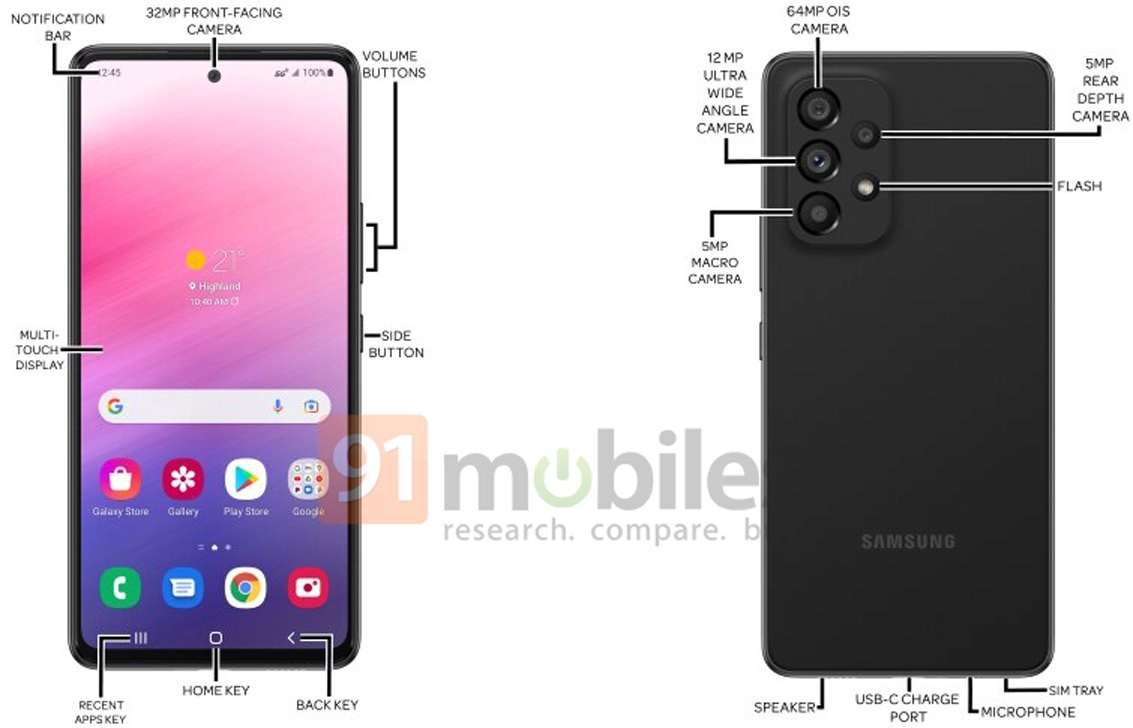 The Galaxy A52 was Samsung’s best overall mid-range handset last year. The Galaxy A72 was a close second, with many interesting features (including an optical 3x telephoto camera) on-board, but Samsung made a compromise on one of its most important aspects: the Galaxy A72 was powered by the same Snapdragon processor as the Galaxy A52. […]

Samsung opened up pre-reservations for the Galaxy A73 in India some time ago. Those who pre-reserved the smartphone could pick up a pair of Galaxy Buds Live for Rs 499. Now, the smartphone has officially hit shelves in India for a relatively high price, which was somewhat predicted by an earlier leak. The base Galaxy […]