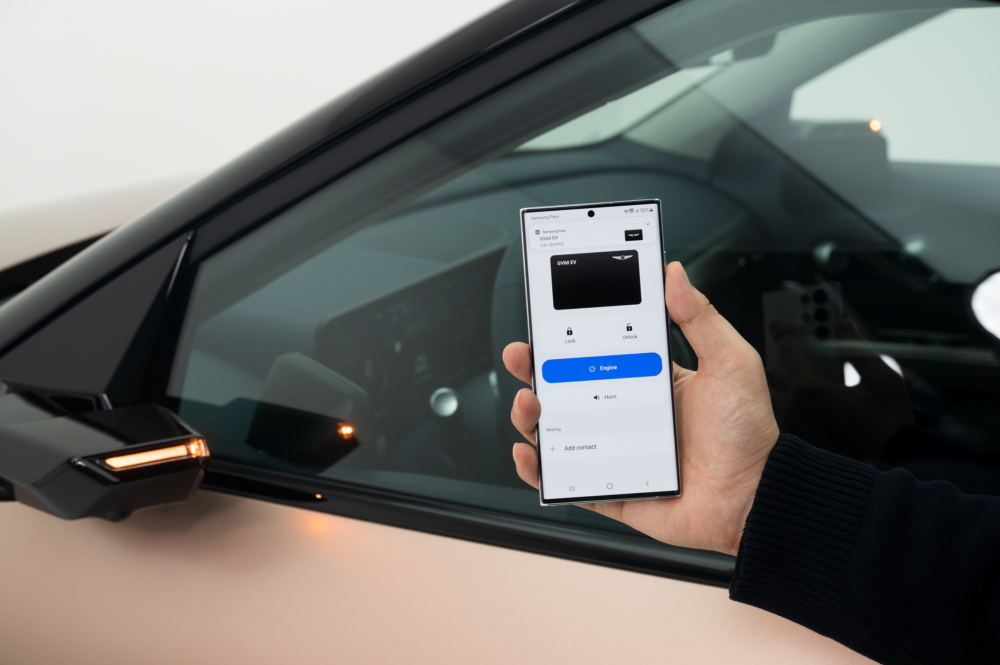 In the beginning, we had car keys, and even though this item we now take for granted wasn’t used to start car engines for the first few decades of the automotive industry, the physical car key became the norm in the mid-20th century.

Today, the concept of a physical car key is morphing into something more technologically advanced, as digital car keys are slowly gaining more popularity.

Samsung has developed its own digital car key for Galaxy smartphones equipped with ultra-wideband (UWB) technology. Last year, the company unveiled its first digital car key for the Genesis GV60 electric vehicle. And today, Samsung announced that the digital car key is available through Samsung Pass in select markets — presumably South Korea, as per the original announcement last year.

Later this year, the digital car key feature will be added to Samsung Wallet. The latter will allow Galaxy smartphone users to store and manage digital keys securely on their mobile devices.

In other words, Samsung wants to bring the digital car key feature to more vehicles. In addition, the company is also working on increasing the number of smartphones that support digital car keys via UWB technology. So, more UWB-enabled Galaxy phones should be on the way to the market.

In markets where the feature is now available through Samsung Pass, Genesis GV60 owners can set up their digital car keys by installing the Genesis Connect Service app in the car, selecting “Vehicle” on the infotainment system, and selecting “Digital Key,” followed by “Register.”

Have a look at new Samsung Wallet app in this video

A few days ago, Samsung revealed a new unified app—Samsung Wallet—for all your payments, memberships, tick …