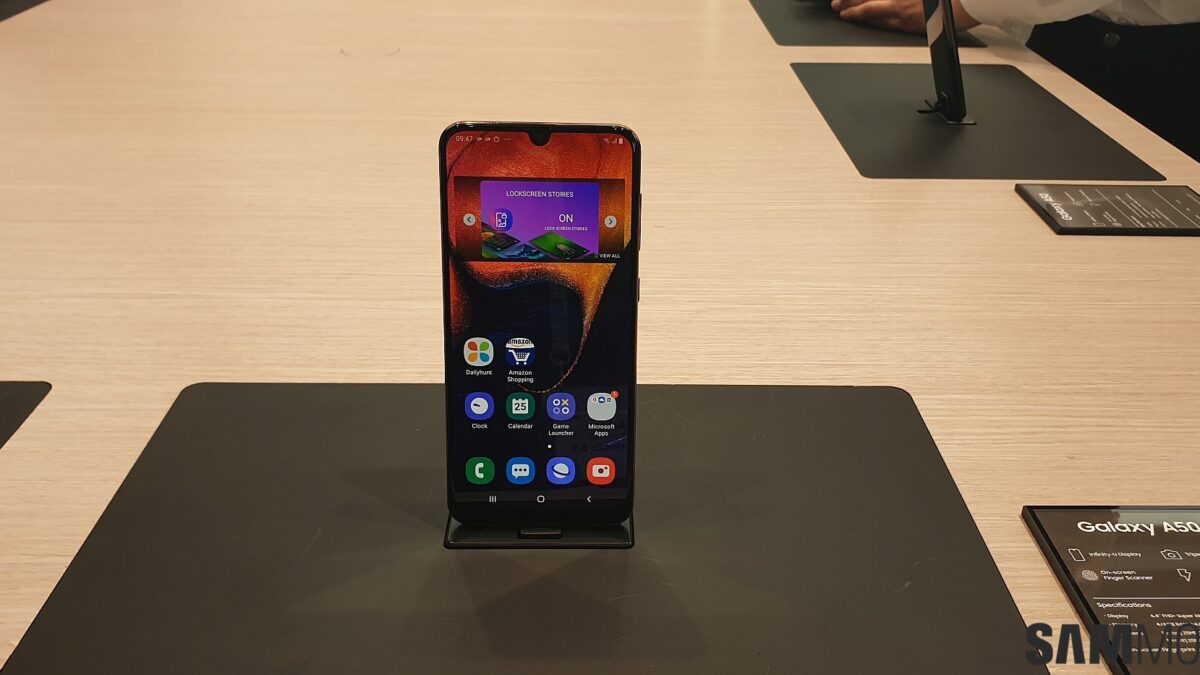 After months of rumors and leaks, Samsung officially announced new Galaxy A models at the ongoing Mobile World Congress (MWC) in Barcelona. Though the leaks hinted as many as nine Galaxy A series devices under development, the company has unveiled only the Galaxy A30 and A50 for now. The other models are expected to launch in the coming weeks and months.

According to a press release from Samsung, the Galaxy A50 will be available in the Netherlands from mid-March at a starting price of €349. It will come in black, white, blue and coral color options. The suggested pricing should be for the base 4GB/64GB storage variant. Currently, there is no information on what the 6GB/128GB version is going to cost. Other European markets like Germany will get the Galaxy A50 in early April.

The pricing of the A50 is quite aggressive by Samsung standards and hints at a change in strategy to take on Chinese OEMs. Despite being capable performers, previous Samsung midrangers struggled due to poor pricing. It appears the Korean company is finally going to rectify that with its new Galaxy A series offerings.

As the model number suggests, the Galaxy A50 is more capable of the two with better specs. It comes with a 6.4-inch Super AMOLED Infinity-U display, optical in-display fingerprint sensor, triple-camera setup on the back, octa-core CPU (possibly Exynos 9610 SoC), 4,000mAh battery with support for fast charging, Android Pie onboard, and more.

Commenting on the launch, Gerben van Walt Meijer, Marketing Manager for Samsung Mobile in the Netherlands said, “The way in which people work together and exchange experiences changes. And their smartphone must be able to keep up with that. Our new Galaxy A series enhances the essential features for real-time interaction and thus adapts to changing needs.”