No early launch for the Galaxy S8 ‘confirmed’

The Galaxy Note 7 is fast morphing into a potential disaster for Samsung. Some have suggested that the company should just discontinue the Galaxy Note 7 and opt for an early launch of the Galaxy S8 instead to try and contain the fallout of the botched launch of its latest flagship. Samsung hasn’t commented on the matter as yet and has given no indication which might suggest that it’s considering dumping the Galaxy Note 7. That might not happen because it has been “confirmed” that the Galaxy S8 will be launched as per schedule.

Samsung unveils new Galaxy S series handsets at the Mobile World Congress in Barcelona every year. It unveiled the Galaxy S7 at MWC 2016 and was expected to do the same for the Galaxy S8 next year. MWC 2017 takes place from February 27 to March 2 in Barcelona and Twitter leaker Ricciolo says that it has been confirmed to him that there will be no early launch for the Galaxy S8. He has also shared an image of what appears to be a Samsung graphic for the MWC 2017 event which mentions that the Galaxy Unpacked 2017 event is going to take place as expected on February 26.

Despite multiple reports of replacement Galaxy Note 7 units facing the same issue as the recalled units Samsung is yet to make a decision on whether it will continue to sell the flagship or take the hit and discontinue it. Reports suggest that the Galaxy Note 7 was rushed to beat the iPhone 7 and perhaps that’s why it’s facing these issues. If that really is the case I don’t think many at Samsung would be in favor of rushing the Galaxy S8 as well. 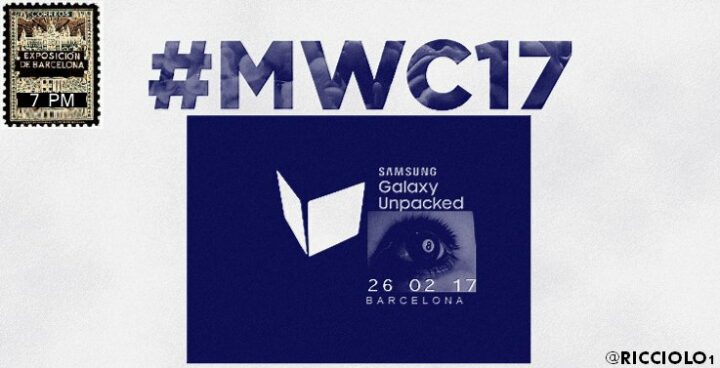