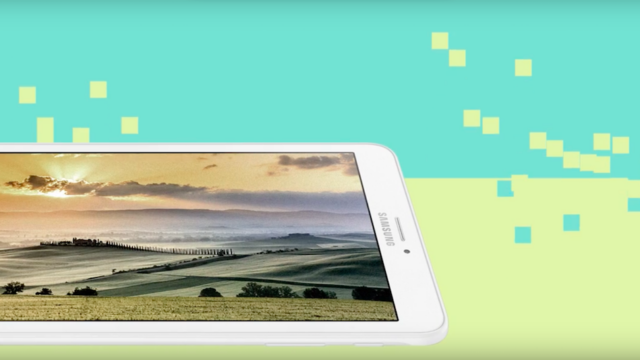 Samsung is putting the finishing touches on a new budget tablet that’s expected to be unveiled late March or early April. There’s still no clarity on the moniker of this tablet as it’s believed that this tablet will be called the Galaxy Tab E in the United States and South Korea and the Galaxy Tab A in Europe. Today an intro video of the Galaxy Tab E has appeared online via Samsung’s retail website and it confirms some specifications of this tablet.

We recently leaked some pictures of this tablet and just a few hours ago press renders of the new Galaxy Tab were leaked online. This video confirms that the Galaxy Tab E does come with a 5,000 mAh battery, LTE, a 1.3GHz processor, microSD card support and that the entire package weighs just 360g and is 8.9mm thick. As a result of Samsung’s partnership with Microsoft, the latter’s productivity apps will come pre-installed on the Galaxy Tab E. There’s still no official word as yet on when the new budget tablet from Samsung is going to be released.