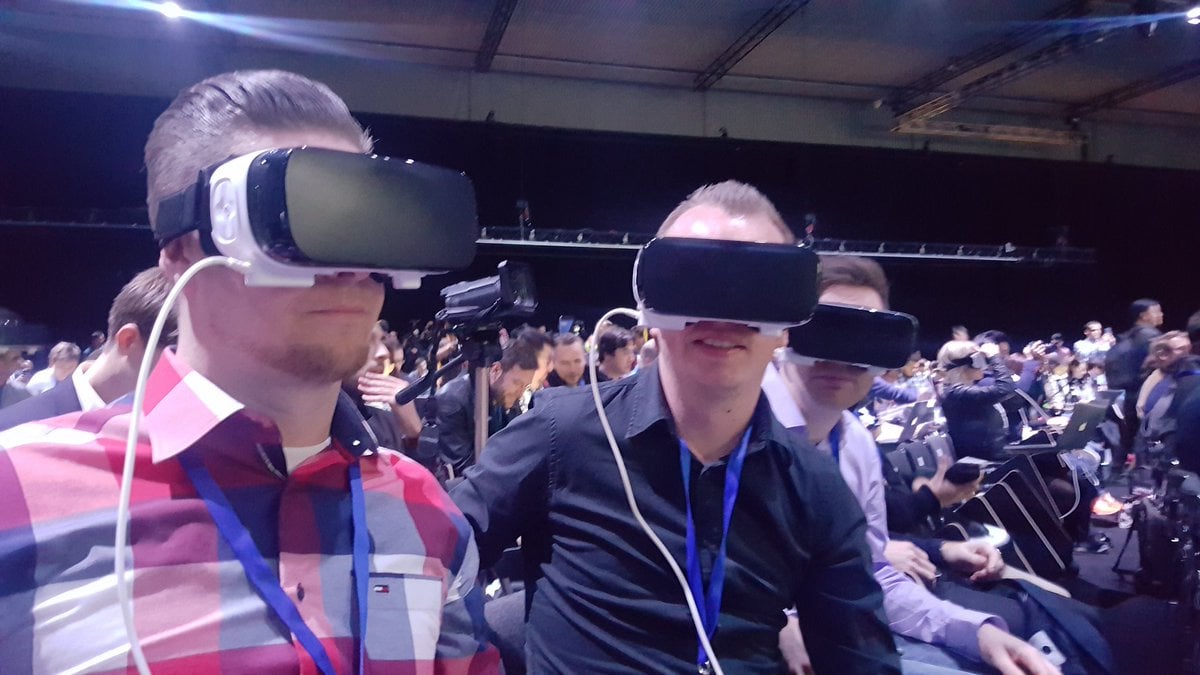 Samsung could be planning a return to the VR and AR headset market, and I’m not terribly excited about the company’s apparent plans for a comeback. Not much has been confirmed so far, but there’s a chance that Samsung’s next VR/AR headset could be a Metaverse device. I see this as a potential misfire.

Samsung confirmed at MWC 2022 that it is putting the final touches on a Metaverse device. It didn’t say much else about the true nature of this product, other than it should be released soon.

However, given the whole virtual reality concept of the Metaverse, Samsung may be working on an AR or VR headset/pair of smart glasses that will somehow integrate with virtual worlds similar to ZEPETO and Decentraland. And if true, I’m afraid that the company might be leading its VR efforts down the wrong path.

The pursuit of Metaverse VR might be a waste of time

Leaving all the buzzwords and ambitious trailers aside, if I were to describe a Metaverse platform, I’d say it falls in the category of a “virtual life game.” It usually consists of hubs and small instanced worlds where people can socialize and show off their avatars.

Metaverse virtual worlds usually have relatively poor graphics to accommodate all sorts of devices, clunky animations and controls, some resemblance to a game-like structure, and NFT elements.

But it is worth noting that virtual life games such as Second Life have been around for more than a decade. And although they promoted the idea of virtual property ownership, they weren’t called “Metaverse” and weren’t related to NFTs.

Since then, countless other companies — including Samsung — have invested in these types of virtual worlds as if they are the future of remote communications and internet surfing.

But although you could have a meeting or watch a keynote in the Metaverse, in practice, users lean more towards apps dedicated to performing those tasks. For example, most people would rather have a Zoom call than meet in a virtual conference room inside what is essentially a barely-structured, often clunky video game world.

Perhaps the Facebook Metaverse will set new standards and revolutionize the concept with help from the Oculus VR platform. And although that doesn’t sound very realistic, maybe Samsung wants to offer a similar experience to its customers.

On the other hand, market watchers say that consumer interest in Metaverse platforms is dropping fast, especially as social distancing restrictions loosen up. So, maybe the Korean tech giant should rethink its approach?

Watch out, Samsung! Apple is baking something way more interesting in the oven

Many leaks and rumors point out that Apple has been working on its own VR / AR wearable device for a few years now. The product appears to run on an operating system called “RealityOS,” which in itself sounds miles more ambitious than a VR helmet for a Metaverse video game.

Not much else is known about Apple’s secret plans for this market segment either. But it could be unveiled relatively soon, as trademarks have started to show up online.

Whatever this Apple VR / AR device running RealityOS is, it will probably leave its mark on the mixed reality segment. And if I were to take a wild guess, I’d say that Apple’s VR / AR wearable is probably going to be more exciting, or at least more impactful, than whatever Samsung’s Metaverse device is.

Say what you will about Apple, but the company doesn’t operate by flooding the market with more or less random products and seeing whatever sticks. Instead, when Apple enters a segment, it plans to stay and expand upon it, and other companies usually follow and try monetizing it.

I hope that Samsung’s experience will come in handy

If Apple ends up defining VR for the rest of the (mobile) market, I’m hoping that Samsung’s multi-year experience with VR and AR platforms will allow it to adapt quickly and be competitive.

Samsung was among the first companies to embrace VR. It released the Odyssey HMD mixed reality headset for Windows devices, and on the cheaper side of things, Samsung offered the Gear VR for Galaxy smartphone customers. For a while.

Neither the Odyssey HMD nor the Gear VR dazzled the world long-term, but the experience Samsung earned in the past few years could help it compete with Apple in the mixed reality segment.

Then again, Apple seems to have developed RealityOS for years, whereas Samsung appears to bet its money on Metaverse worlds developed by other studios. Here’s hoping that Apple’s VR platform will be the wake-up call Samsung needs to rekindle its VR / AR ambitions.