TSMC to outpace Samsung in semiconductor chip investment this year 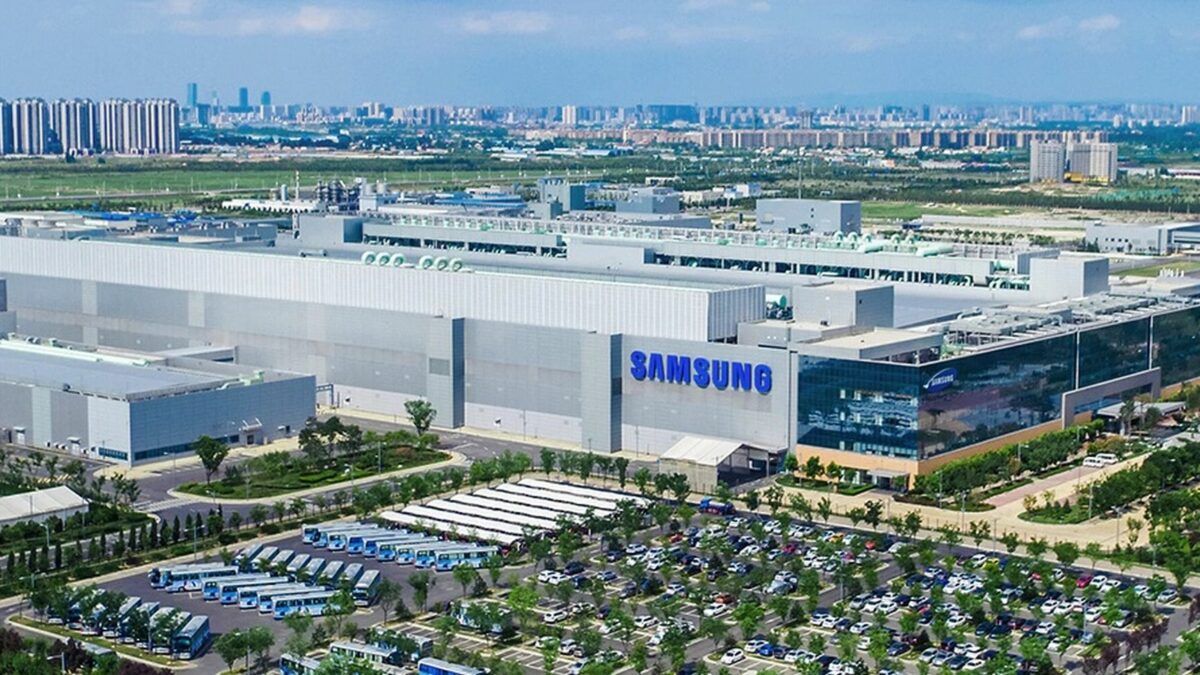 Two years ago, Samsung had unveiled its grand plan to become the world’s biggest semiconductor brand by 2030. Last year, the company announced that it had increased its investment plan from $115 billion to $151 billion. However, that might not be enough this year, as TSMC will invest more than Samsung.

It is being reported by South Korean media that TSMC will invest KRW 52.2 trillion (around $44 billion) in 2022 to expand its chip foundry business. In comparison, Samsung has plans to invest KRW 45 trillion (around $37.7 billion). In 2020 and 2021, Samsung had invested a lot more than TSMC in its chip-making business arm, but it will be tough to overtake TSMC this year.

TSMC, which has powerful clients like Apple and AMD, performed incredibly well in 2021. The Taiwanese firm’s revenue surged 24.9% to $56.8 billion compared to 2020, and its operating profit rose 40.9% to $23.3 billion. Hence, the company planned to invest a lot more this year. With a higher investment this year, TSMC is expected to widen the gap with Samsung. 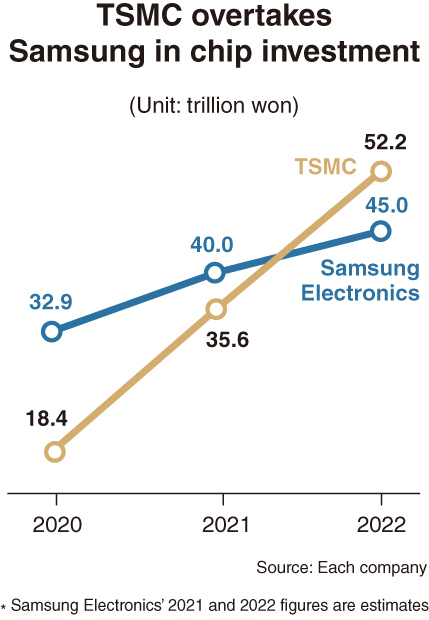 Industry experts believe that Samsung’s 7nm and 5nm process nodes were not as good as TSMC’s equivalent processes. Hence, more and more clients are rushing towards TSMC for their future products. Even 4nm process node is expected to underperform compared to TSMC’s 4nm node. However, Samsung plans to turn it around with its 3nm GAA (Gate-All-Around) process.

It is being reported that Samsung Foundry’s 3nm GAA process could offer a 35% decrease in area and 30% higher performance or 50% lower power consumption compared to 5nm chips. The company plans to start the mass production of 3nm chips at least a month earlier than TSMC. The Taiwanese firm will implement the GAA technology with its 2nm process in 2024.

Since the COVID-19 pandemic, there has been a rise in demand for advanced CPUs, GPUs, memory for AI processing, cloud infrastructure, personal computing, and advanced mobile devices. It even lead to the ongoing global chip shortage. Hence, the semiconductor space is seen as a high-growth area, and Samsung and TSMC are trying harder to take a larger piece of that pie.

A few months ago, it was revealed that Qualcomm has designed a better version of the Snapdragon 8 Gen 1 that …

Samsung may end up losing foundry market share this year

Here’s when Qualcomm could announce its next flagship Snapdragon …