Case manufacturer Spigen has released the world’s first protective case for the Galaxy Z Fold 2 that’s built from a single piece and covers the hinge. This is true at least as far as third-party cases go given that Samsung already offers a single-piece Leather Flip Cover case that covers the hinge, however, Spigen’s so-called Slim Armor Pro offers a much higher level of protection against drops.

The Spigen Slim Armor Pro case for the Galaxy Z Fold 2 offers dual-layered protection and supports Wireless PowerShare. The tough outer layer is resistant to impact while the inner soft layer offers extra shock-absorption for the phone’s internal components. But the most unique characteristic of the Spigen Slim Armor Pro case must be the hinge cover. It connects the two halves of the case together and it protects Samsung’s intricate mechanical hinge, albeit at the cost of covering its colorful design.

Another interesting characteristic of this case is that it closes the gap between the two halves of the phone when closed shut. This makes it more difficult for foreign objects to find their way in-between the two folding halves of the inner display, thus lowering the chances of damage.

Available in one color option for $89.99

Spigen has released the Galaxy Z Fold 2 Slim Armor Pro case in only one color option, black, and the case is available for $89.99. It’s $10 more expensive than the official Leather Cover but then again, it’s in a different class.

The Spigen Slim Armor Pro case not only offers better protection but it also has a fairly intricate hinge design which probably raised production costs. The case’s hinge has a mechanical component much like the Galaxy Z Fold 2 hinge itself, albeit not to the same level of complexity. You can refer to Spigen’s online store for more product details.

Update: One of SamMobile’s team members has just received the Slim Armor Pro case in the mail. It turns out that the Slim Armor Pro case is not really a ‘unibody’ as Spigen described it – at least not by our standard definition of unibody – but rather a two-piece case that looks like a one-piece thanks to the hinge component. Note that this is not a sponsored article. The case shown in the image below was purchased by our forum moderator for personal use. 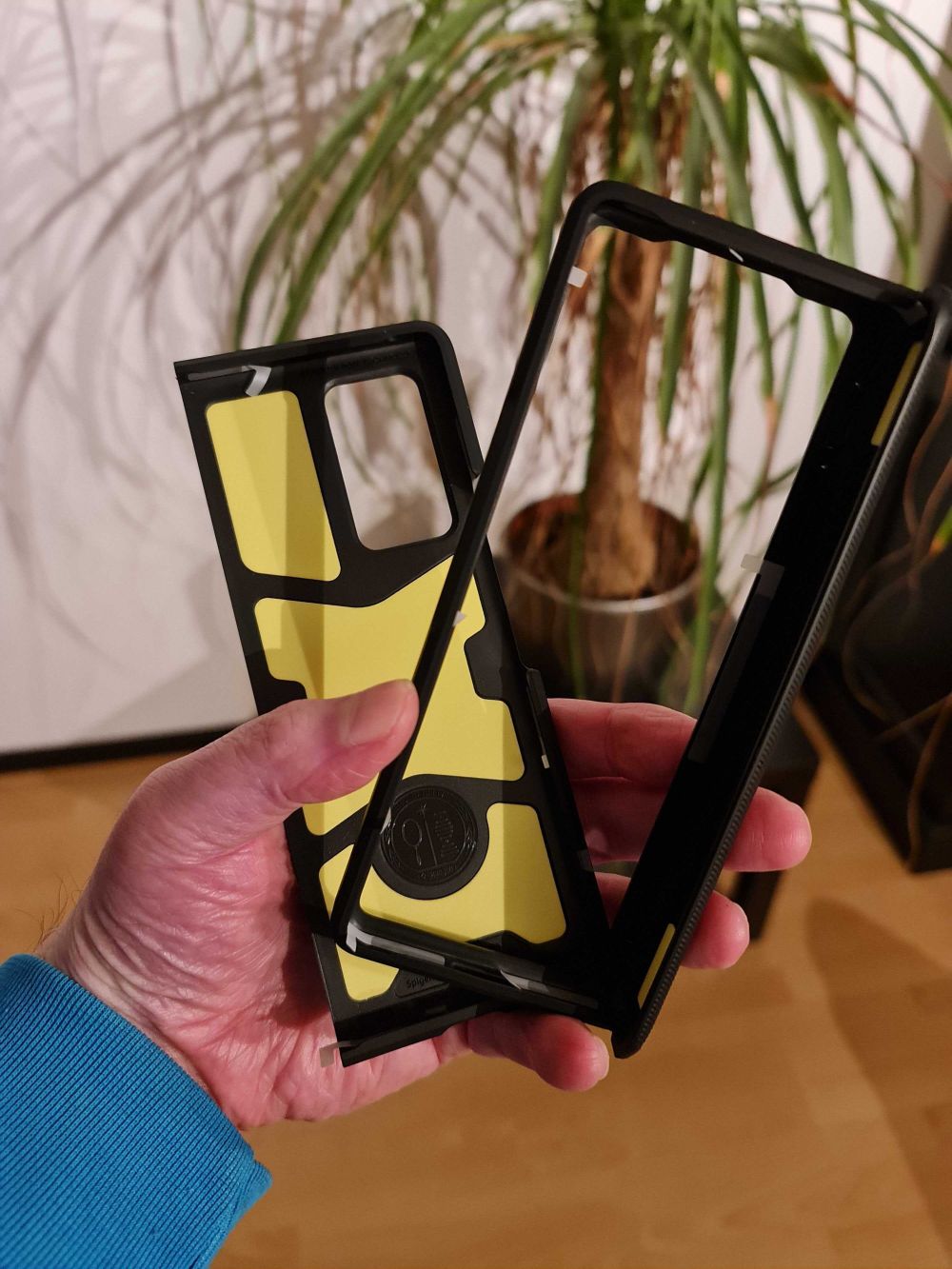