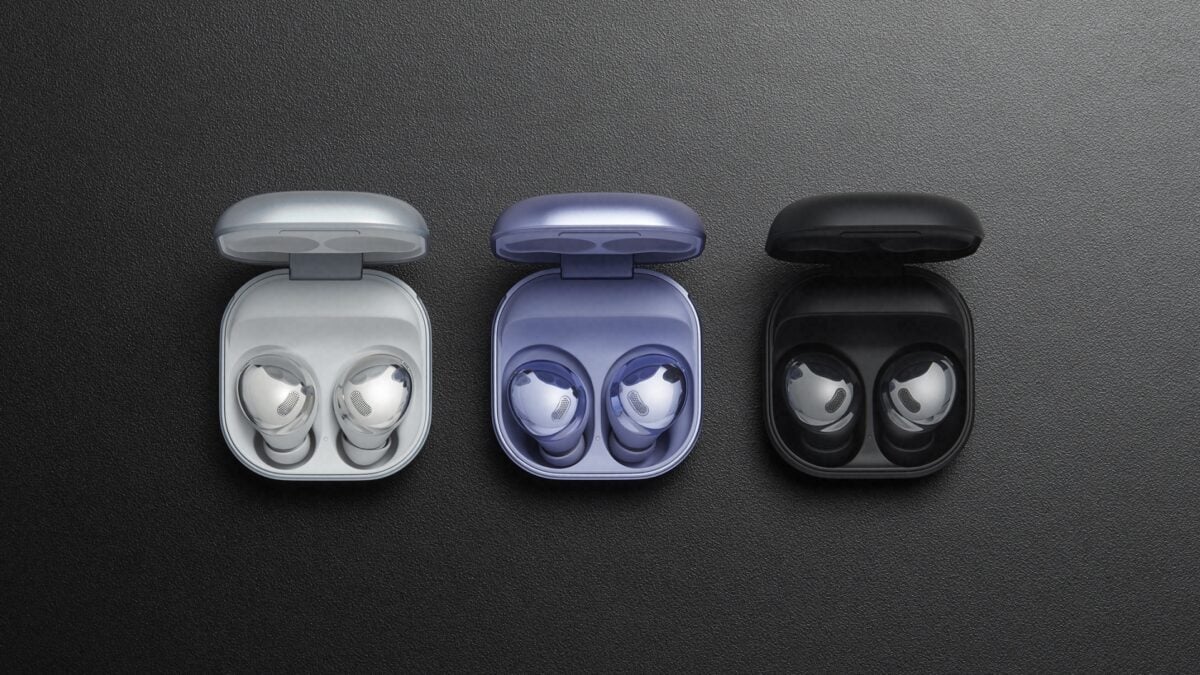 The TWS (True Wireless Stereo) market is in recovery mode and wireless earbuds priced over $100 have regained some of their traction in Q1 2021. Overall, the global TWS market grew by 44% in terms of unit sales in Q1 2021.

Samsung ranks 2nd in the over-$100 TWS market segment

The over-$100 TWS market segment was in decline for the first three quarters of 2020 because of the Covid pandemic. Nevertheless, the $100+ segment began recovering in Q4 and continued improving in Q1 2021, reaching 46% market share. This indicates that the high-end market is on its way to recovery as customers are slowly shifting towards higher-cost solutions.

Apple led the $100+ TWS segment with a massive 57% market share, but Samsung was able to take home the silver medal with a 17% market share, according to Counterpoint Research.

The Galaxy Buds Pro earbuds have reportedly contributed to Samsung’s relative success in Q1. That’s not surprising given that they are the best Samsung earbuds yet. Likewise, the company was helped by its aggressive marketing promotions for older earbud models such as the Galaxy Buds+ and Galaxy Buds Live.

Samsung is now rumored to be working on a new pair of earbuds in anticipation of a July-August unveiling, called the Galaxy Buds 2, so the company will hopefully maintain its momentum throughout the final quarters of the year. 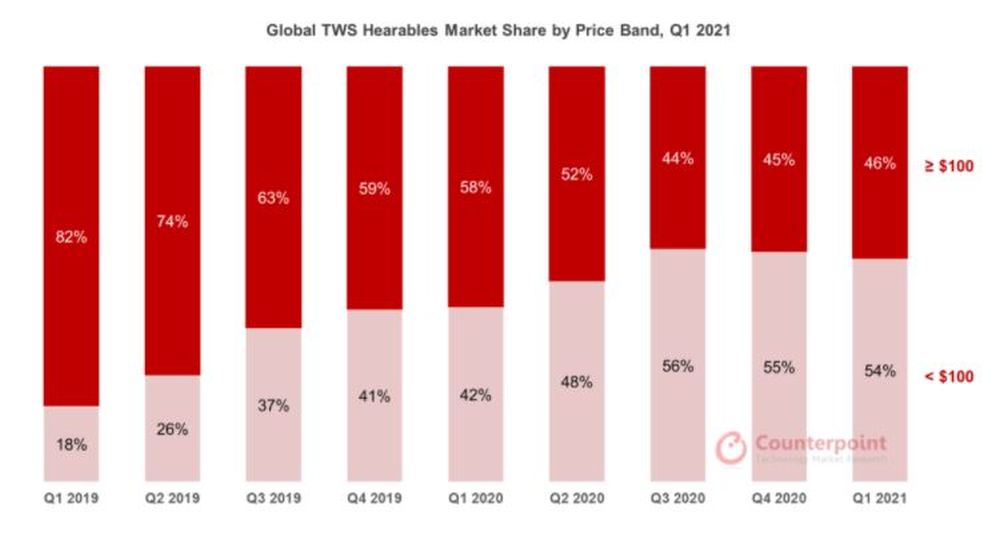