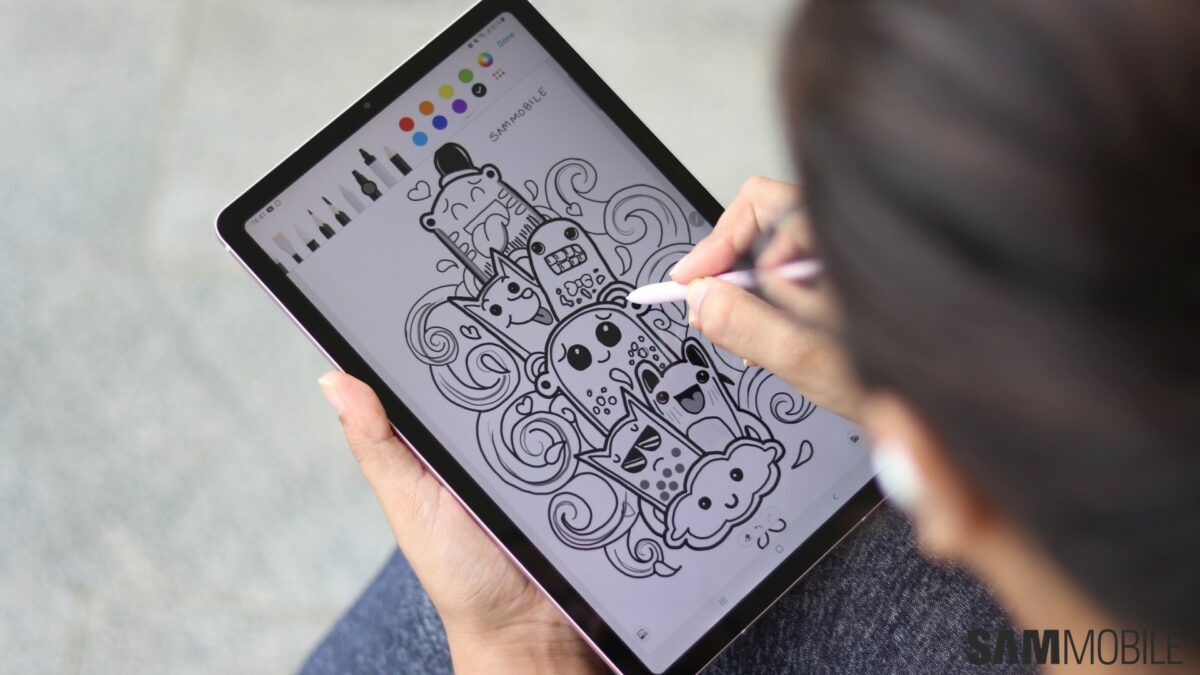 Market research firm IDC’s (International Data Corporation) latest report claims that Samsung managed to ship 8 million tablets in Q1 2021. This is an impressive 60.8% year-over-year growth compared to Q1 2020, when it shipped 5 million tablets. Samsung’s Q1 2021 tablet market share was 20%, and it maintained its second rank. Apple was the world’s biggest tablet maker with shipments of around 12.7 million units, which translates to a 31.7% market share. The iPad maker saw a 64.3% year-over-year growth compared to 7.7 million shipments in Q1 2020.

Lenovo ranked third with a 9.4% share of the market and shipments hanging around the 3.8-million mark. However, compared to its Q1 2020 numbers, it achieved a whopping 138.1% year-over-year growth. Similar is the case with Amazon, which shipped 3.5 million Fire tablets and ranked fourth, achieving a staggering 143% year-over-year growth. On the other hand, Huawei slipped from third to the fifth position as its market share dwindled to just 6.8%. 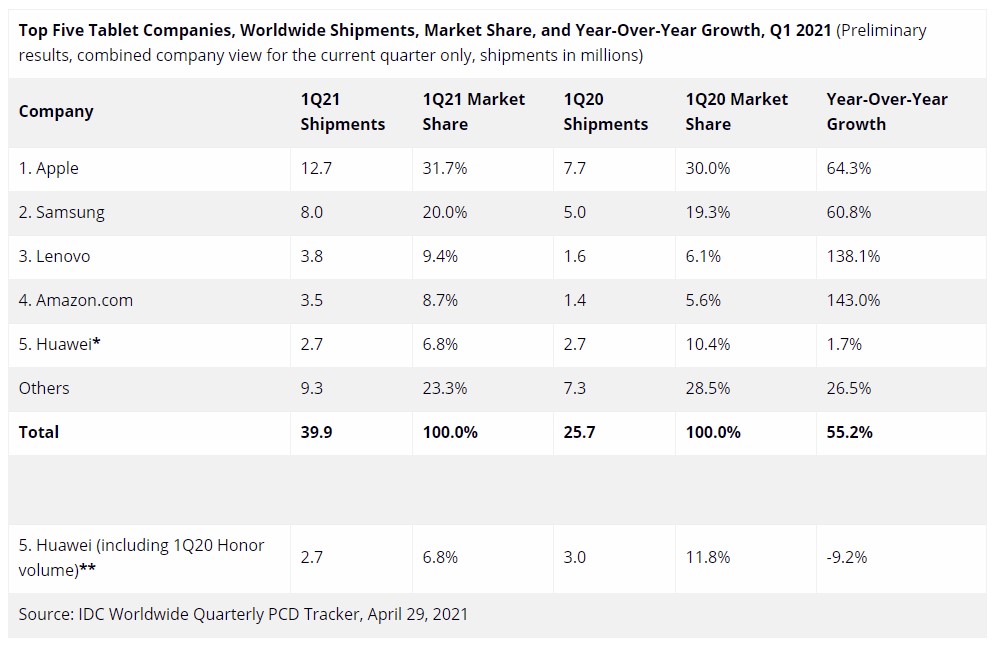