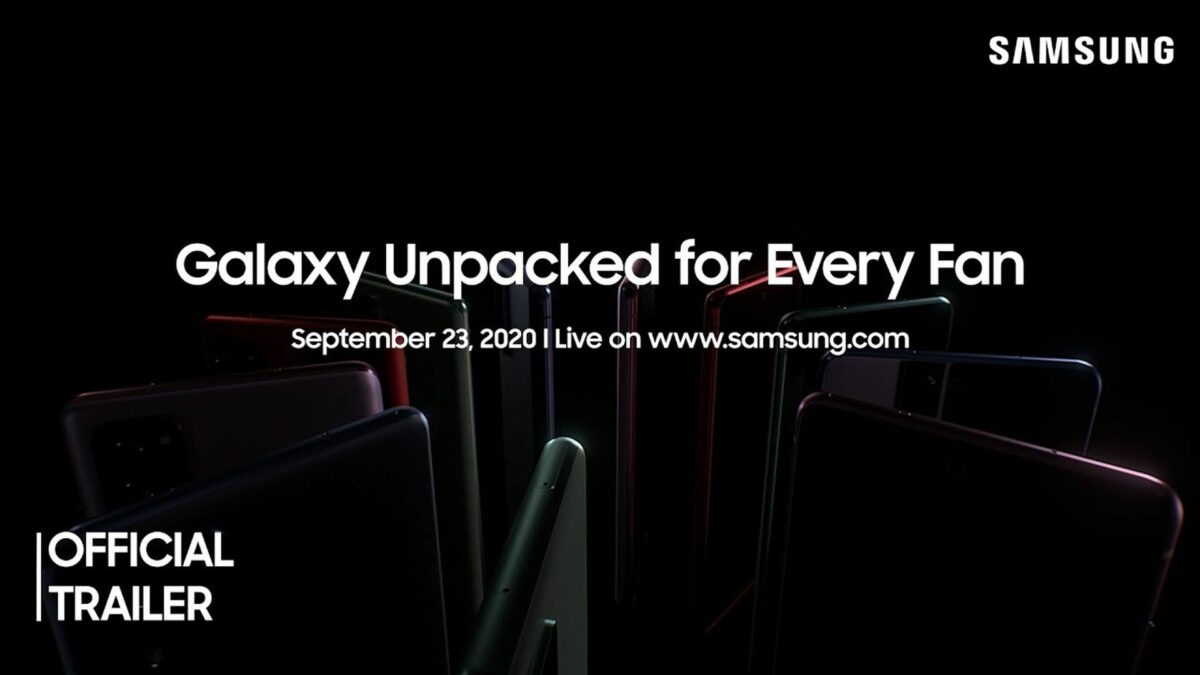 As you all probably know by now, Samsung will unveil the Galaxy S20 Fan Edition at an upcoming event scheduled for September 23. The so-called Galaxy Unpacked for Every Fan event just got its first official trailer ahead of the smartphone’s release. It’s not very revealing but it at least confirms that the Galaxy S20 Fan Edition will be one of Samsung’s most colorful smartphones of the year.

Samsung invites fans who are eagerly waiting for the Galaxy S20 Fan Edition to check out the trailer for some clues. Of course, the device has already been leaked on numerous occasions so most fans of the Galaxy brand are probably aware of what the device has in store for them. Either way, the trailer doesn’t seem to reveal much else aside from the multiple color options and the plastic back panel. It does start off with the caption Your voice inspires us so maybe Samsung has new Bixby features in store for its fans? It’s a stretch but it’s a guessing game after all. And since SDC20 is officially canceled, perhaps Samsung has reserved some software news for the next Unpacked for Every Fan event.

The Galaxy S20 Fan Edition should become available for pre-order on or shortly after September 23, and pre-order incentives could include a free Galaxy Fit 2 or Xbox Game Pass subscriptions. The device promises to deliver more value for less money but official pricing details remain unknown. Until we find out more, check out the first official trailer for Galaxy Unpacked for Every Fan and let us know in the comment section below if you found any new clues hidden throughout the video.