AR Doodle is a video recording feature that lets you doodle on top of whatever it is you record with the phone’s camera in real-time and then tracks the position of those drawings as you pan the camera around. For example, if you draw a mustache on a person’s face when recording the video, the mustache will only show up in the video when that person is in the frame and disappear when you pan away. It works with both the front and rear cameras and can be accessed by switching to the Video mode and tapping the AR Doodle icon at the top right (see the camera screenshot in the image below).

The Galaxy M30s update is rolling out in India and bundles the November 2019 security patch. In addition to AR Doodle, the update adds “a new Samsung Shop function”, but it’s unclear what the function is as the changelog doesn’t go into details. The stability of the camera has been improved as well. You can download the update over the air by opening the Settings app on your phone, selecting Software update, and tapping Download and install. Alternatively, you can download the latest firmware from our firmware archive and install it on the phone using a Windows PC. 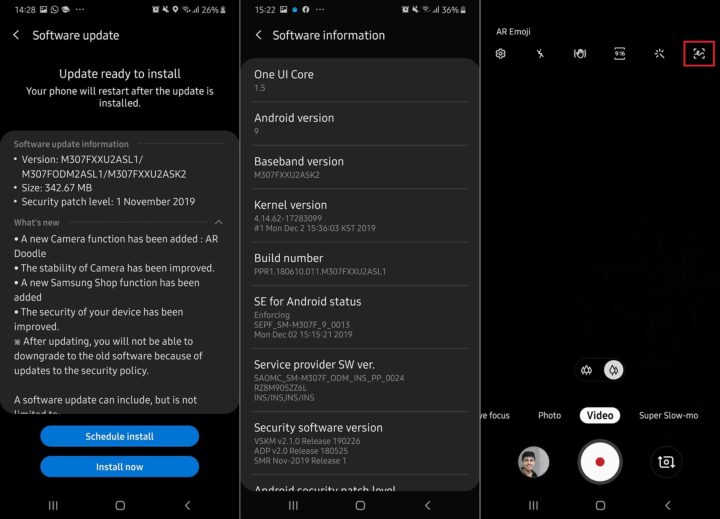