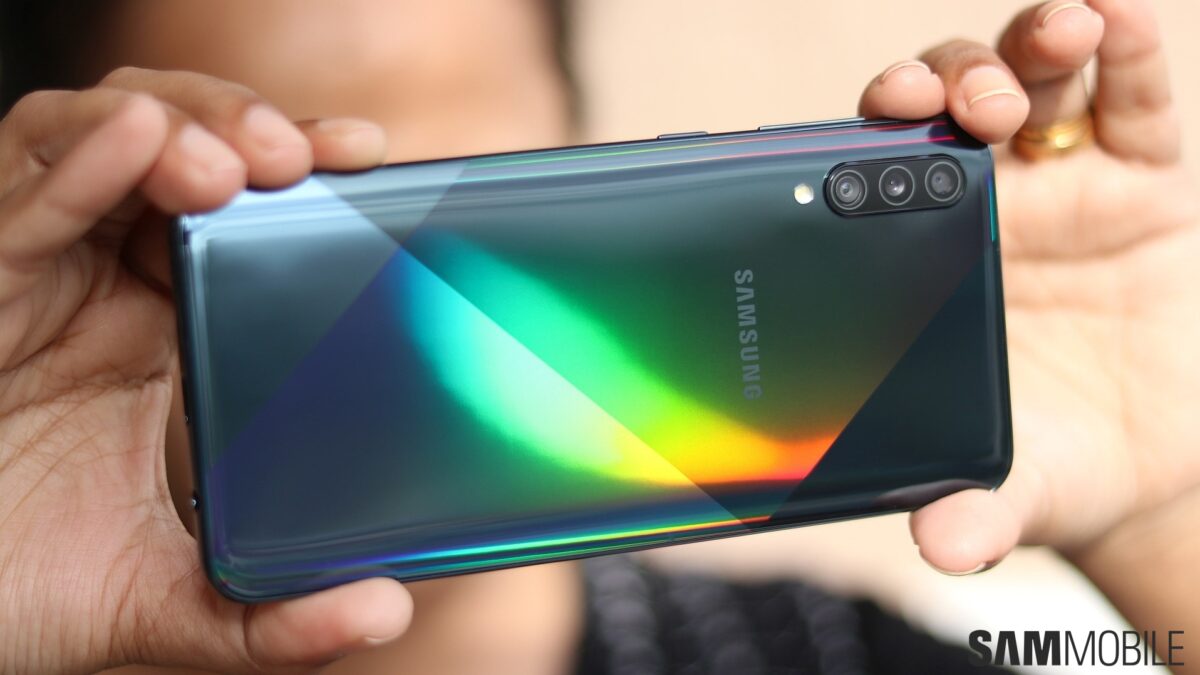 What Samsung is doing is simple: Taking features from the higher-end A series phones already launched this year and putting them on the cheaper devices. The A50s, for example, gets the 48MP primary rear camera and 32MP front camera from the Galaxy A70 while almost everything else remains the same as before. The Exynos 9611 chipset inside the A50s is simply a higher-clocked Exynos 9610, and you get a new rear panel design and newer software out of the box.

The Galaxy A50s is one of the first ‘s’ upgrade Samsung officially launched for its 2019 Galaxy A series phones.

Thankfully, the Galaxy A50 was a pretty solid phone, so the A50s was an easy recipe for Samsung. How does it stand up to scrutiny? That’s something only our full review will tell you, but I do have a few early impressions of the device to share after spending a day with a review unit sent over by Samsung India. 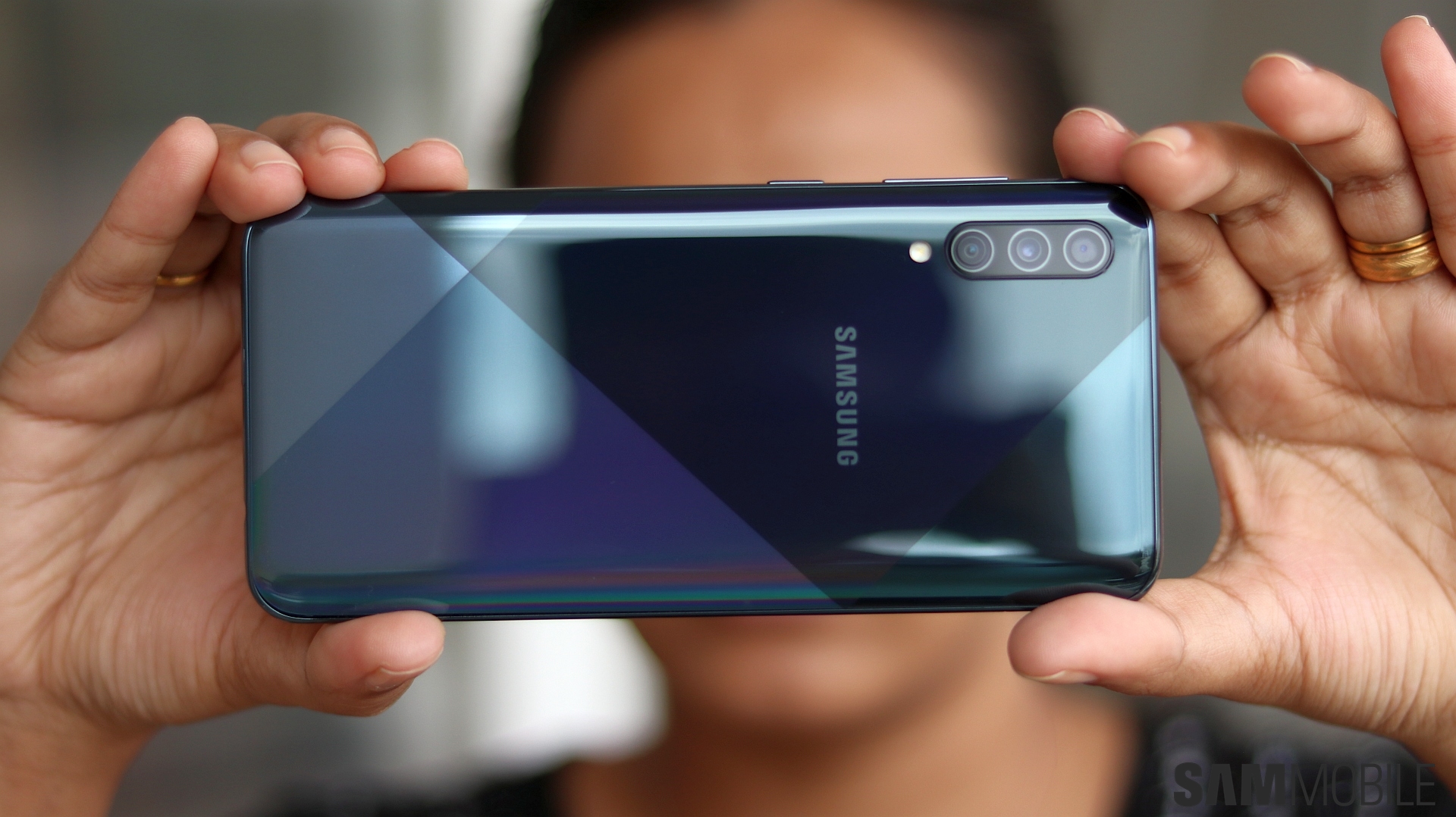 The first thing I noticed was the updated rear panel design. The Galaxy A50 had a gradient finish that blew up in a stunning rainbow-ish pattern when the sun hit it, and Samsung has added prism-like lines to it to differentiate the A50s. It’s all still very beautiful, and I personally prefer this understated effect over the Aura Glow Galaxy Note 10, which just shines too much no matter how much light is falling on it and also makes fingerprints very easy to spot. 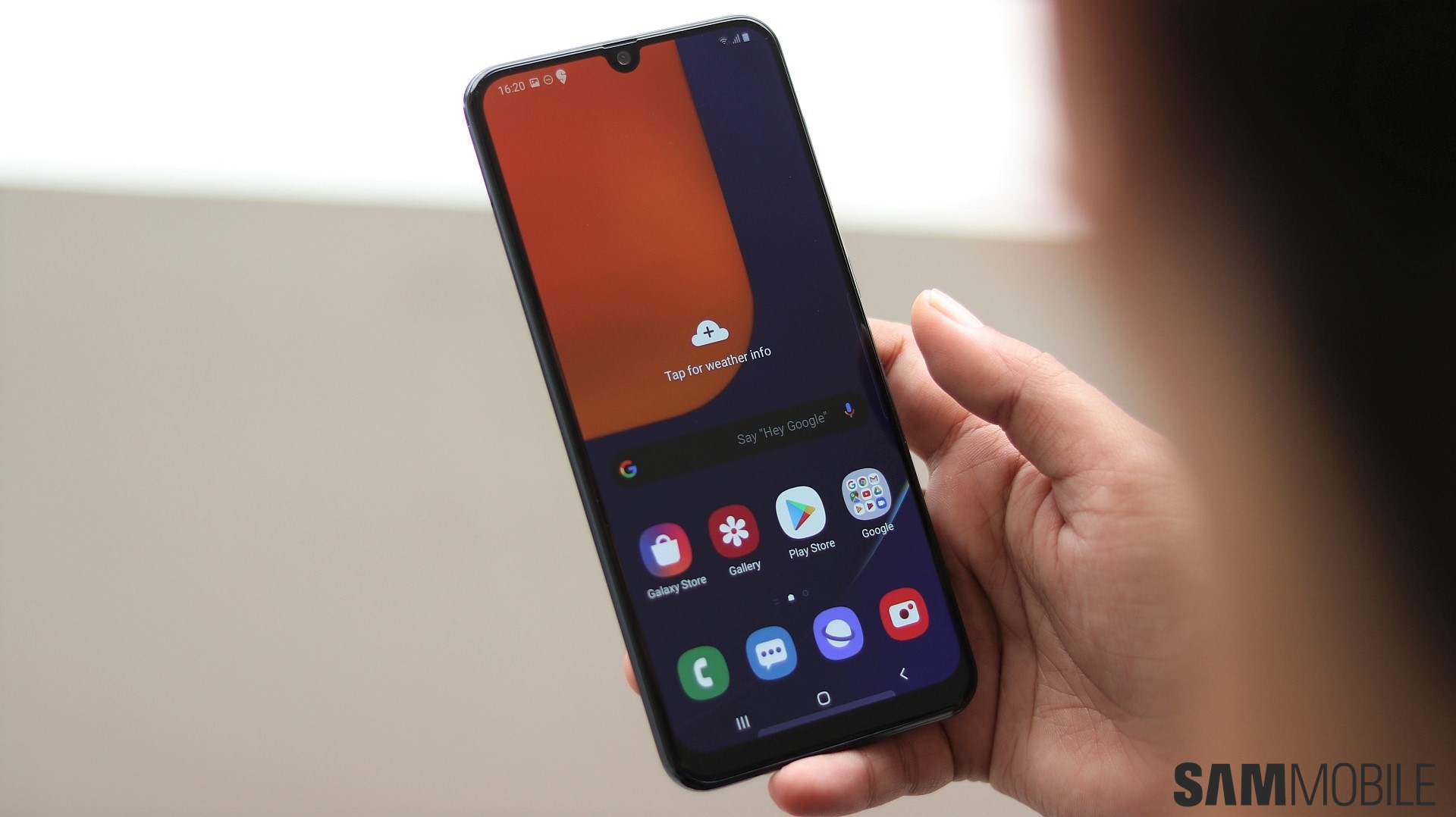 The Galaxy A50s has the same overall dimensions as the Galaxy A50 and the same Infinity-U Super AMOLED display. The screen-to-body ratio is pretty high, but the rather wide chin below the display stands out a bit too much now that I’ve used the Galaxy Note 10 (review) for the last few weeks. But hey, you get a headphone jack here, unlike the Galaxy Note 10 or the Galaxy M40, so maybe you won’t mind the asymmetrical bezels all that much.

Now, let’s talk about the software, the area in which I think the A50s stands out the most because of the fact that it gets One UI 1.5 from the Galaxy Note 10 along with some of the new features, like a Link to Windows shortcut in the quick toggles for firing up Microsoft’s Your Phone app. There’s Game Booster, which is an updated version of Game Launcher and tells you how much battery life you can expect while gaming. There’s also NFC-based Samsung Pay. More importantly, the A50s has Edge screen and Edge lighting functionality, which has been reserved for Samsung’s flagship phones until now. Well, that or it arrived on one of the earlier mid-rangers Samsung launched in 2019 and I just didn’t notice. Not all the Edge screen panels seem to be available, though.

The lack of the Smart select panel, which allows you to snip selective parts and make GIFs of on-screen content, is most conspicuous here as Smart select can be incredibly useful, but perhaps Samsung will add those through an update later on. Hopefully, Samsung will also bring over the built-in screen recorder that you get on the Note 10 and Note 10+ to the A50s – it’s not available on the device out of the box. 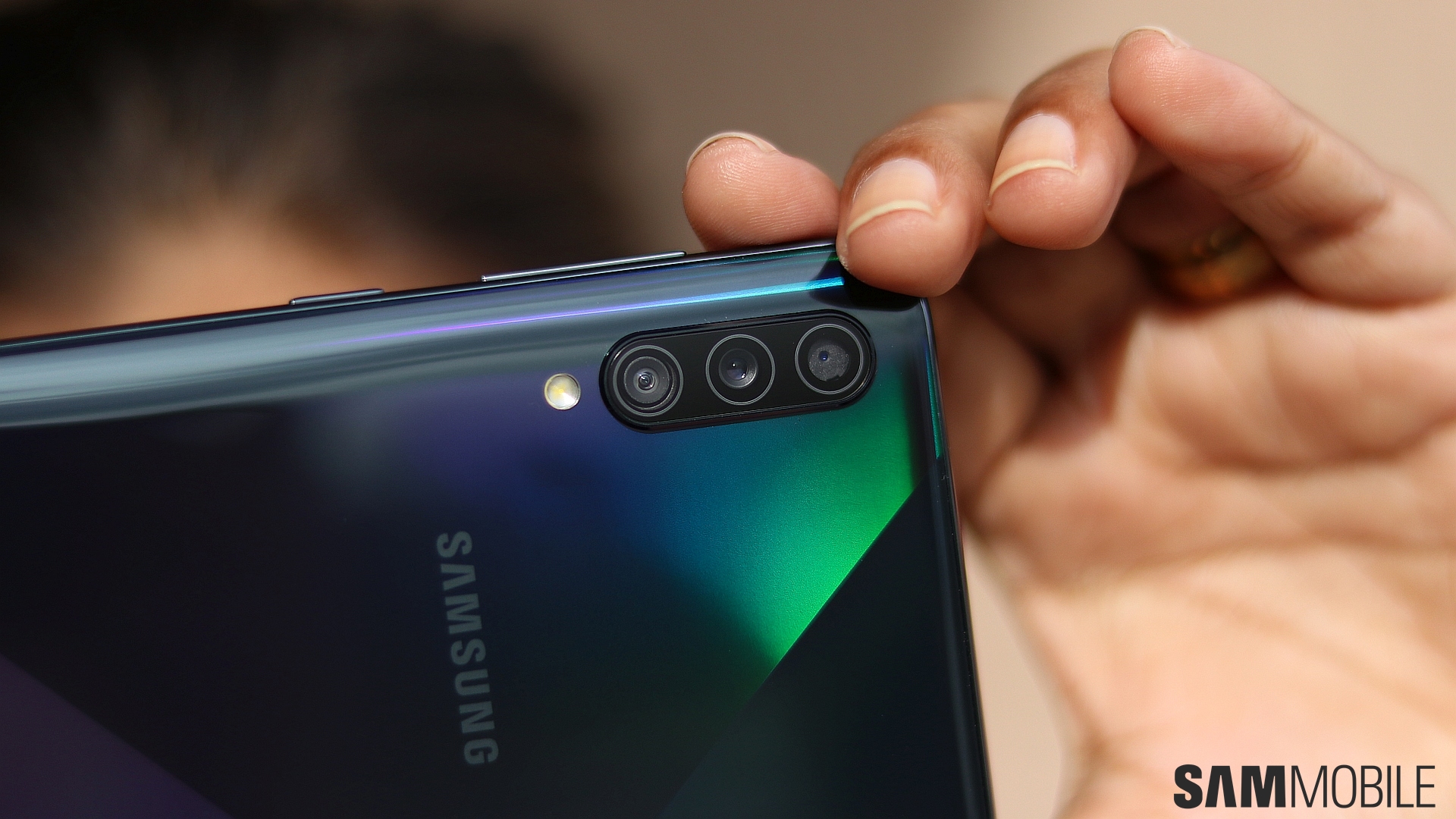 On the imaging front, the A50s has a couple of new features, like shot suggestions that help you take better pictures by telling you where to point the camera, introduced on the Galaxy S10 earlier this year. There’s the built-in QR code scanner as well, along with stuff like Super Slow-mo recording and AR Emoji. When it comes to image quality, I’m assuming the A50s will perform just like the Galaxy A70, but I won’t be able to give you a verdict on that right now.

Performance on the phone seems to be very similar to the A50. And that’s not exactly a good thing as far as generally navigating through the user interface is concerned. There seems to be some hesitation in the phone’s response to taps on the screen. I mean, things are smooth and menus and apps open quickly, but the response isn’t as instantaneous as I would like. That, I think, is down to the Exynos 9611 chipset. The Snapdragon-powered Galaxy M40 and A70 do not have the same issue, and so I continue to stick to the belief that Samsung’s Exynos chips remain inferior to Qualcomm’s Snapdragon SoCs on mid-range phones. However, gaming performance should be great on the A50s, going by how the Galaxy A50 ran games pretty well.

Overall, the Galaxy A50s seems like a nice package. In India, it costs Rs. 22,999 (~$320) for the 4GB+128GB configuration and Rs. 24,999 (~$350) for the 6GB+128GB configuration, with the latter being placed right between the Galaxy A50s and Galaxy A70. Whether it offers enough to get a recommendation over those two already impressive phones is a question I’ll answer in our full review.

Samsung started upgrading the Galaxy A50s to One UI 3.1 a full month ahead of schedule. Based on Android 11, t …