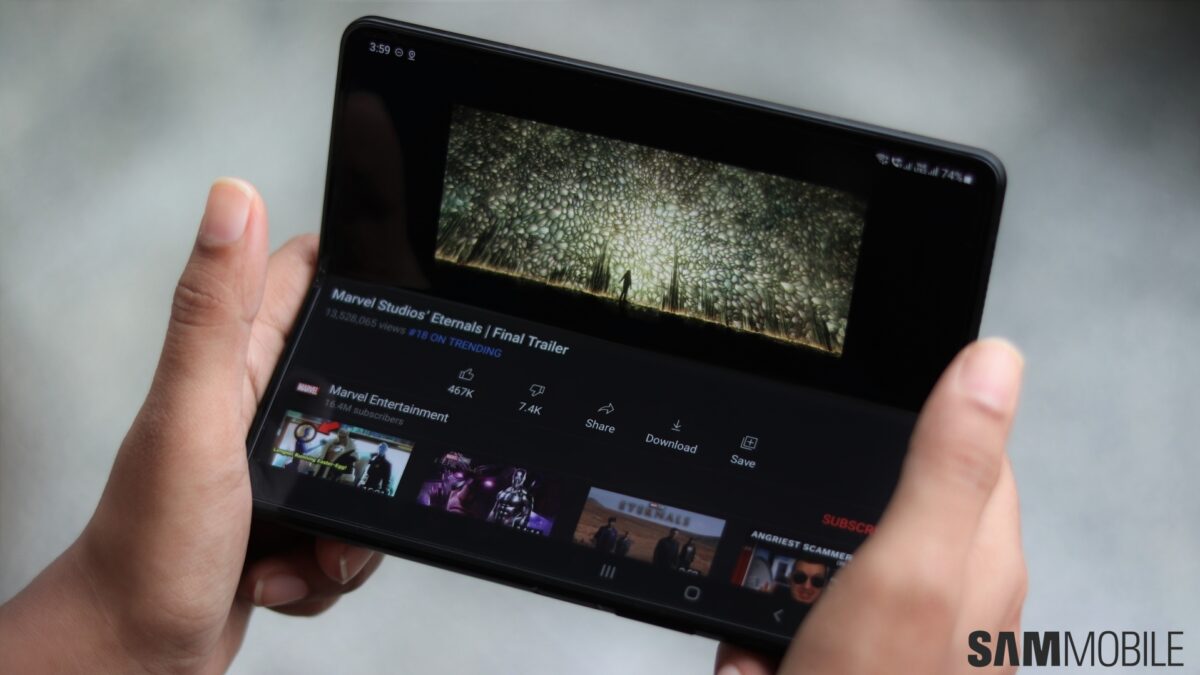 Samsung Display teased the future of flexible OLED screens with the launch of a new website earlier this week. The portal confirms Samsung’s dedication to exploring new form factors powered by flexible display technology, including slideable and rollable devices. Some of these concepts could become reality next year, at least according to a new rumor that also claims to shed some light on the upcoming Galaxy Z Fold 4 and Z Flip 4.

Furthermore, Samsung is reportedly planning to tease the Slideable Flex form factor in more detail next year. The report doesn’t mention rollable displays, which could mean that Samsung will focus on materializing the slideable form factor first and foremost. Then again, slideable and rollable displays should fundamentally be the same.

The company could unveil a working slideable prototype around the Galaxy Z Fold/Flip 4’s announcement.

The rumor suggests that the upcoming Galaxy Z Fold 4 and Galaxy Z Flip 4 won’t represent a huge departure from the ongoing models, which doesn’t quite line up our expectations, at least as far as the clamshell flagship series is concerned. But reportedly, the sequels will bring meaningful changes to the hinge design and the structure of the foldable screen.

The hinge will have a simplified design which will be cheaper to manufacture, and the foldable display will have improved UTG (Ultra-Thin Glass), which will allow it to bend in a smaller radius. Despite these improvements, the Galaxy Z Fold 4 and Z Flip 4 will reportedly be lighter and thinner than the current generation.

Samsung is leading the foldable display segment and will continue to do so next year. The company will want to introduce this technology to more segments, but keep in mind that leaked details are subject to change.