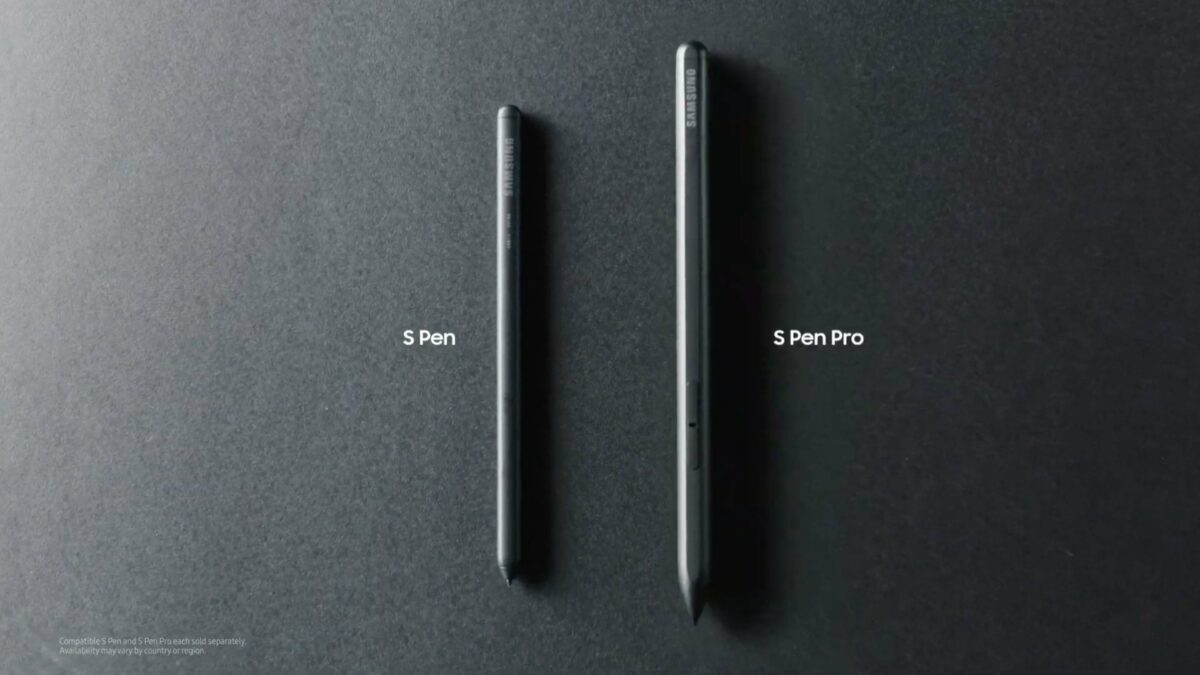 The Galaxy S21 Ultra’s S Pen accessory lacks Bluetooth LE connectivity, which means that it lacks some features compared to the Galaxy Note 20 Ultra’s S Pen. During the Galaxy S21 Ultra’s launch, Samsung had also revealed that it is working on the S Pen Pro, which is bigger and features Bluetooth connectivity. However, the company had not revealed its full feature set. Now, some of its specifications have been revealed.

According to tipster Chun (@chunvn8888 on Twitter), the S Pen Pro features a 0.7mm tip, and it can sense 4,096 levels of pressure. Apparently, it can also be used with the Galaxy Z Fold 3 without damaging its foldable display. The special stylus is said to feature a USB Type-C port for charging. It can also be magnetically attached to some cases on the back of compatible Galaxy smartphones (similar to the Galaxy Tab S7’s S Pen). It is being rumored that the S Pen Pro will be priced around £70 (most probably without the case) in the UK.

Samsung has already revealed that it has created a special S Pen for the Galaxy Z Fold 3. However, it is not clear as to how it would be different than the S Pen Pro. We should get more information about both upcoming styli on August 11, 2021, when the Galaxy Z Flip 3 and the Galaxy Z Fold 3 would be officially unveiled.

Since the South Korean firm has confirmed that it won’t launch a new Galaxy Note device this year, if someone wants a brand new smartphone with S Pen compatibility, their best bet would be getting the Galaxy S21 Ultra or the Galaxy Z Fold 3 along with the option S Pen/S Pen Pro accessory.