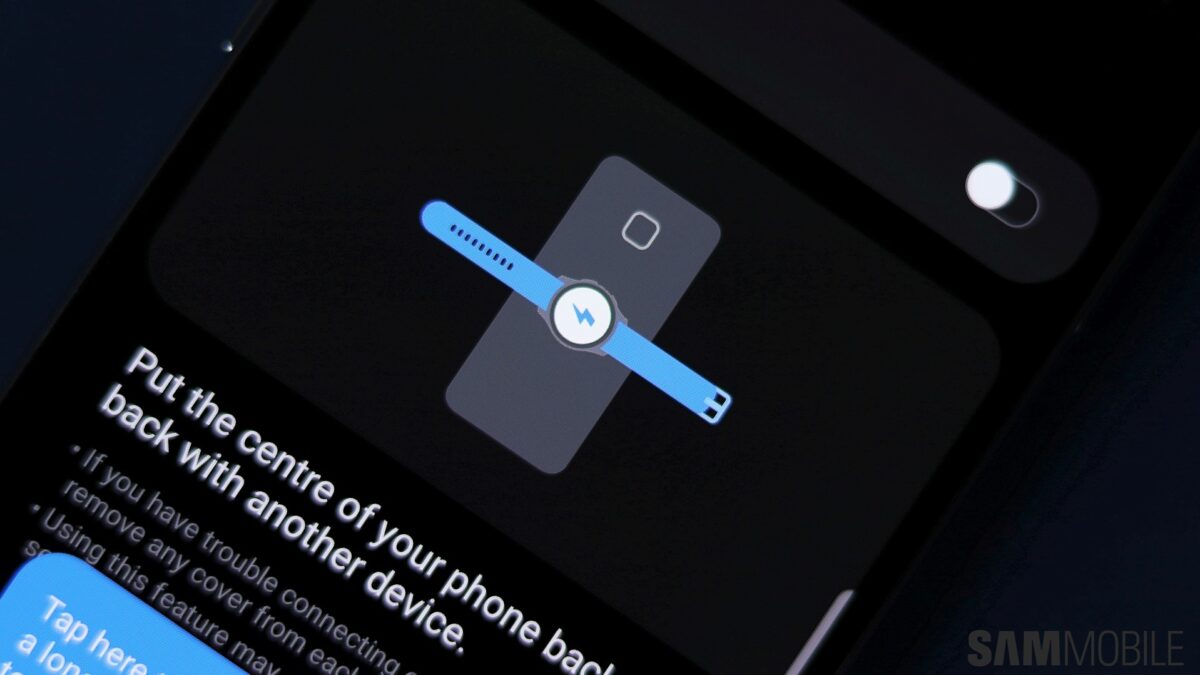 Galaxy mobile devices have more interconnectivity and cross-capabilities than they seem at first glance, and Wireless PowerShare is a perfect example of a feature that goes above and beyond what’s expected from the usual smartphone.

Wireless PowerShare is not new, but it might go unnoticed by many Galaxy smartphone users because it’s very situational. You might never need it, but knowing it’s there can save you a lot of hassle, especially when traveling.

This feature has been a part of flagship Galaxy devices running One UI for a few years now. What it does is allow users to recharge their Galaxy wearables (or other phones) wirelessly without needing any adaptors or USB cables.

How to recharge your Galaxy smartwatch using Wireless PowerShare

To recharge your Galaxy smartwatch via Wireless PowerShare, you’ll first need to enable the feature on the Galaxy smartphone that you want to act as a wireless battery bank.

Keep in mind that not every Galaxy device has Wireless PowerShare capabilities. But most Galaxy flagship phones released in 2019 or later (sans Lite variants) support it, and Samsung should continue including this feature for new flagship phones for the foreseeable future. Check the list below for reference.