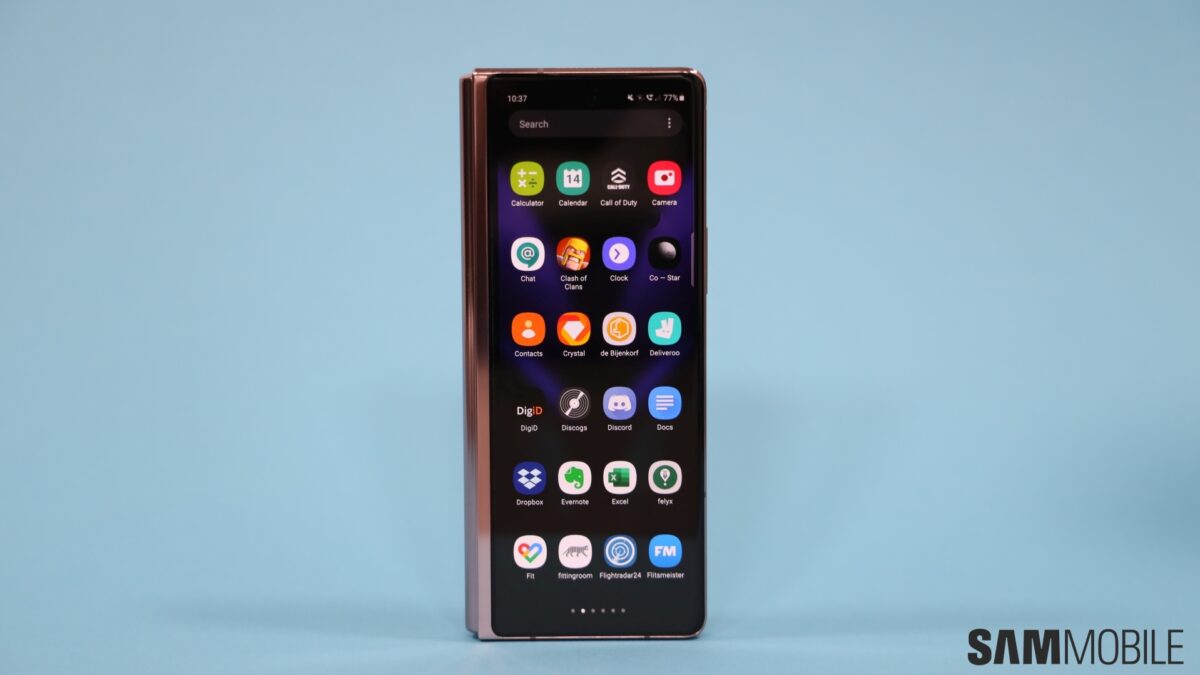 It really looks like Samsung might be able to achieve its goal of updating all eligible Galaxy devices to Android 13 and One UI 5.0 before the end of the year, because the hits just keep on coming. Samsung publicly released the Android 13 update for the Galaxy Z Flip earlier today, and now Galaxy Z Fold 2 owners can grab the update as well, meaning nearly 30 Galaxy devices will have been updated to the latest software soon (or more, if you count each Galaxy S and Note model separately)!

However, as we’ve pointed out before, Samsung is moving a little slow at expanding the availability of the update for each device to various countries. The Galaxy Z Fold 2 Android 13 update, for example, is only available in the United Kingdom at this time from what we know. That said, fingers crossed availability won’t remain so limited for long and users in other markets will also be able to start using Android 13 and One UI 5.0 soon.

The Z Fold 2’s Android 13 update, which sports firmware version F916BXXU2IVK3, comes bundled with the November 2022 security patch and can be downloaded over the air from the phone’s Settings » Software update menu (both Android 13 beta users and Android 12 users should have the update waiting for them). If you’re feeling a little adventurous, you can also upgrade using the Android 13 firmware that you can download from our archives, although you will need to connect your Z Fold 2 to a Windows PC for this.

Have you received the Android 13/One UI 5.0 update on your Galaxy Z Fold 2 yet?