It’s raining updates for Samsung’s family of wearable devices. We’ve seen the company roll out major updates to the Gear S2, the Gear Fit2, and the Gear IconX in recent weeks, and the Gear Sport, the latest smartwatch in Samsung’s lineup, is also getting an update with new functionality. The Gear Sport update bumps the Tizen OS version to 3.0.0.2 and carries build number R600XXU1ARC4 and is rolling out over the air right now as an 80 MB download.

Gear Sport gets a software update

The update brings improved layout of exercise information and readability, an option to add custom notification intervals during training, and the ability to add a personalized target heart rate. An option has also been added to disable the alarm that sounds when motion is recognized after a long bout of inactivity, and general performance and stability improvements are on-board as well. Not a small changelog by any means, and given the focus of the Gear Sport on fitness tracking, it’s not surprising that the new features are related to making the fitness tracking experience better.

If you own a Gear Sport, you should be able to download the update from the Samsung Gear app’s settings menu on your connected phone. As usual, it will take some time for the update tor each all regions, so don’t sweat if you’re told your Gear Sport is on the latest software. 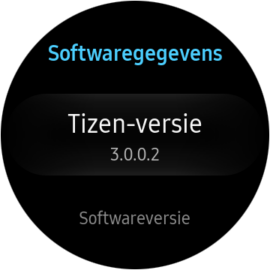 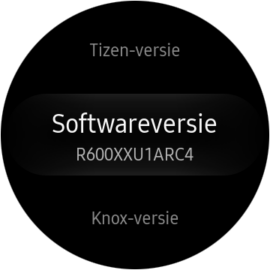