Galaxy Tab A8 press render leaks ahead of launch 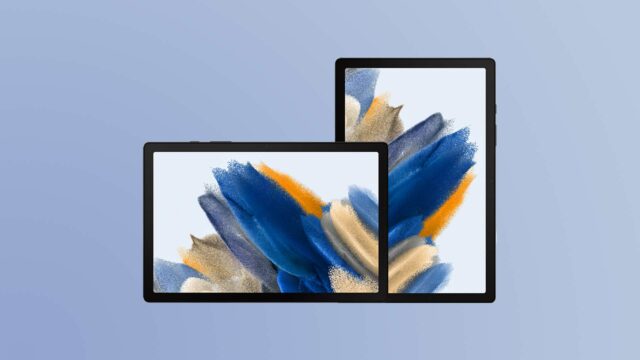 Reliable leakster Evan Blass (@evleaks) has published the first press render of the Galaxy Tab A8 (2021) on Twitter. The tablet is rumored to feature a 10.4-inch IPS LCD display, just like its predecessor. It also features flat sides, which seems to be a design trend these days. Going by previous leaks, the Galaxy Tab A8 (2021) will have a single rear-facing camera, a metal body, a headphone jack, and a USB Type-C port.

Going by the tablet’s Geekbench listing, the Galaxy Tab A8 (2021) will feature a UNISOC Tiger T618 processor, 3GB RAM, and Android 11. It might come in 32GB and 64GB storage variants, and the device might have a microSD card slot for storage space expansion. The Bluetooth certification listing has revealed that the tablet features Bluetooth 5.2.

Whether or not the UNISOC processor is faster than the Galaxy Tab A7’s Snapdragon 662 chipset remains to be seen. The Galaxy Tab A7 was launched in September 2020, so it has already been more than a year since its launch. We expect Samsung to announce the Galaxy Tab A8 (2021) within the next few months to target the growing tablet market.

Here’s how much Samsung’s next affordable tablet could cos …

Main Samsung Galaxy Tab A8 (2021) specs have been confirmed

Leaked Galaxy Tab A8 (2021) specifications leave little to the imagina …