Samsung France is releasing a few new colors for the Galaxy S20 series. If you’ve been keeping a close eye on the evolution of the Galaxy S20’s color palette, you’re likely to guess that the new colors are Cloud White, Aura Blue, and Aura Red.

The Cloud White flavor is now available across the entire Galaxy S20 range in France, including the standard model, the Galaxy S20+, as well as the Galaxy S20 Ultra. In addition, Samsung France is releasing two new Aura flavors for the Galaxy S20+. The latest three color options are obtainable when buying the flagship from Samsung’s e-shop as well as through select partner retailers.

One of the most colorful flagships on the market

The Galaxy S20 series was relatively bland when it first got released, but in time, the flagship’s range of colors continued to grow to encompass almost a dozen options. Granted, not every flavor is available for every Galaxy S20 variant, with BTS Purple and the two Aura shades having been reserved exclusively for the Galaxy S20+. However, the new Cloud White option is now valid for the entire Galaxy S20 range in France.

Samsung fans who may want to buy one of the factory unlocked Galaxy S20 models in France can do so from the company’s e-shop. Check the links below for more details. 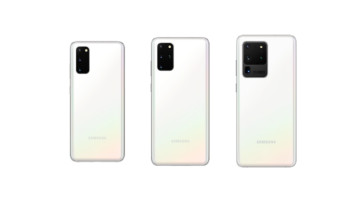 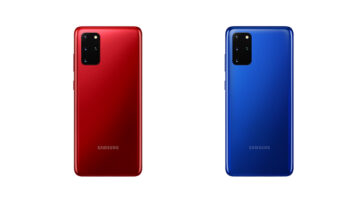