Galaxy Note 20 One UI 3.0 beta registrations now open in the US 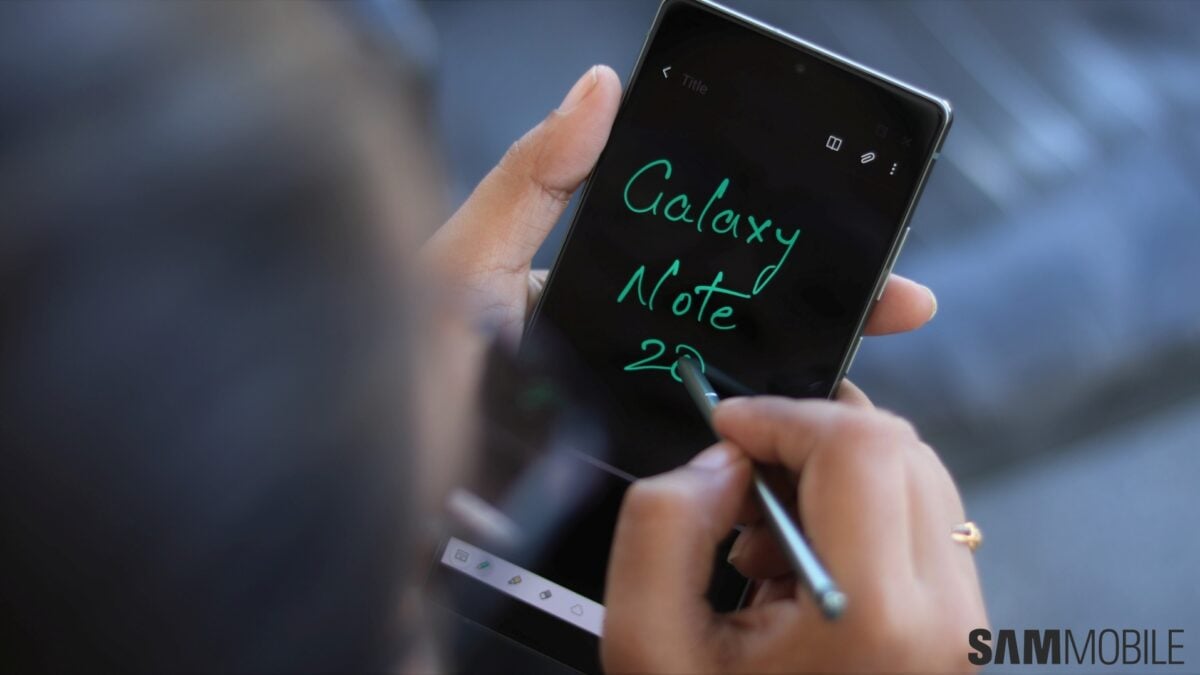 Much like the Galaxy S20 series, the US will be the first to receive the public Galaxy Note 20 One UI 3.0 beta. Not all carriers are taking part in the program, though. Unless you’re with a carrier that’s participating or have a factory unlocked device, you won’t be able to try out the beta just yet.

Samsung has confirmed the One UI 3.0 beta registrations for the Galaxy Note 20 series through its official forums for the US. Those who own a Galaxy Note 20 or Galaxy Note 20 Ultra from T-Mobile and Sprint will be able to participate. Samsung unlocked units are eligible as well.

It’s quite easy to sign up for the beta. Fire up the Samsung Members app on the device and tap on the beta registration banner on the home page. Once enrolled, the One UI 3.0 beta will be pushed out to the device over-the-air.

That doesn’t seem to be happening just yet, though. So it may take a while before Samsung starts rolling out the first Galaxy Note 20 One UI 3.0 beta firmware. This isn’t out of the ordinary. The company basically fills up the slots first before it sends out the beta. Those who have registered should expect to receive it in a couple of days at most.

There’s a lot to be excited about the Android 11-based One 3.0. If you’re curious about everything that’s new, check out our One UI 2.5 vs One UI 3.0 post for all of the details. Expect the beta program to cover the Galaxy Note 20 in other markets in the near future as well. 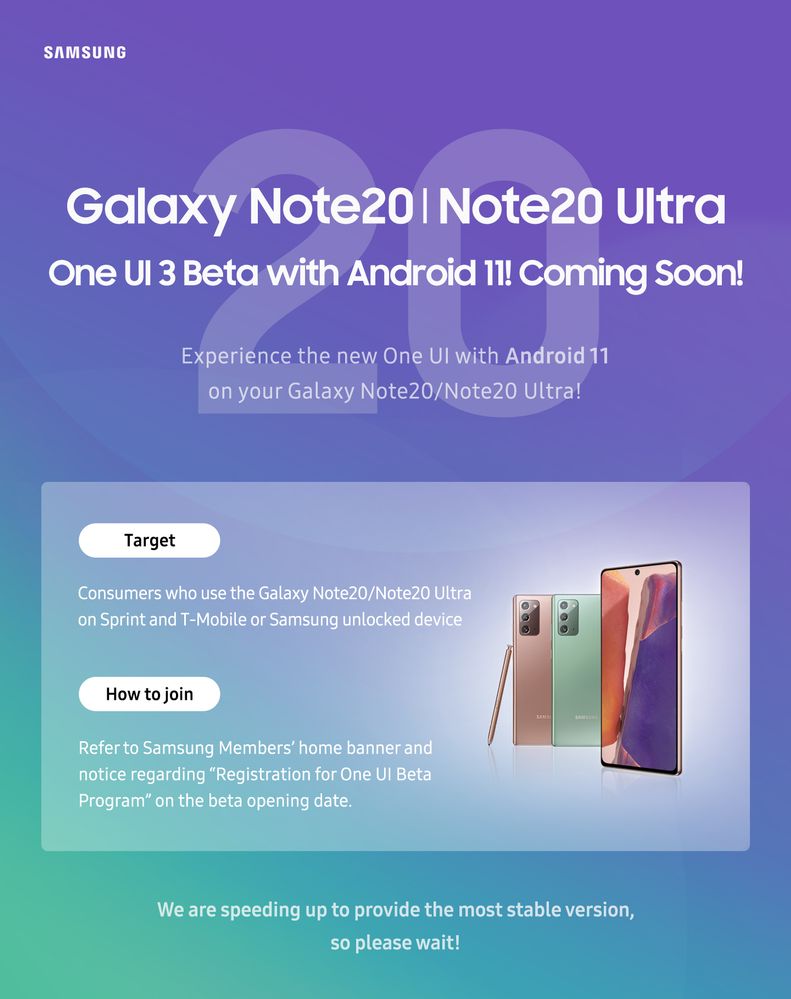