Galaxy Fold 5G receiving Android 10 update with One UI 2.1 in the UK

The OTA (over the air) update with firmware version F907BXXU3BTC9 has a file size of 2354.59MB, and it brings One UI 2.1 to the Galaxy Fold 5G. The update also brings the March 2020 Android security patch to the foldable phone.

If you are using the Galaxy Fold 5G in the UK, you should have received the update notification by now. If not, you can check for the update manually by heading to Settings » Software update and tapping Download and install. You can also download the firmware file from our firmware section and flash the update manually. 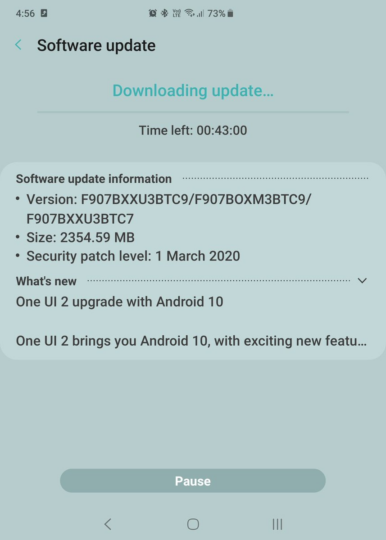 Thanks for the tip, Michael!