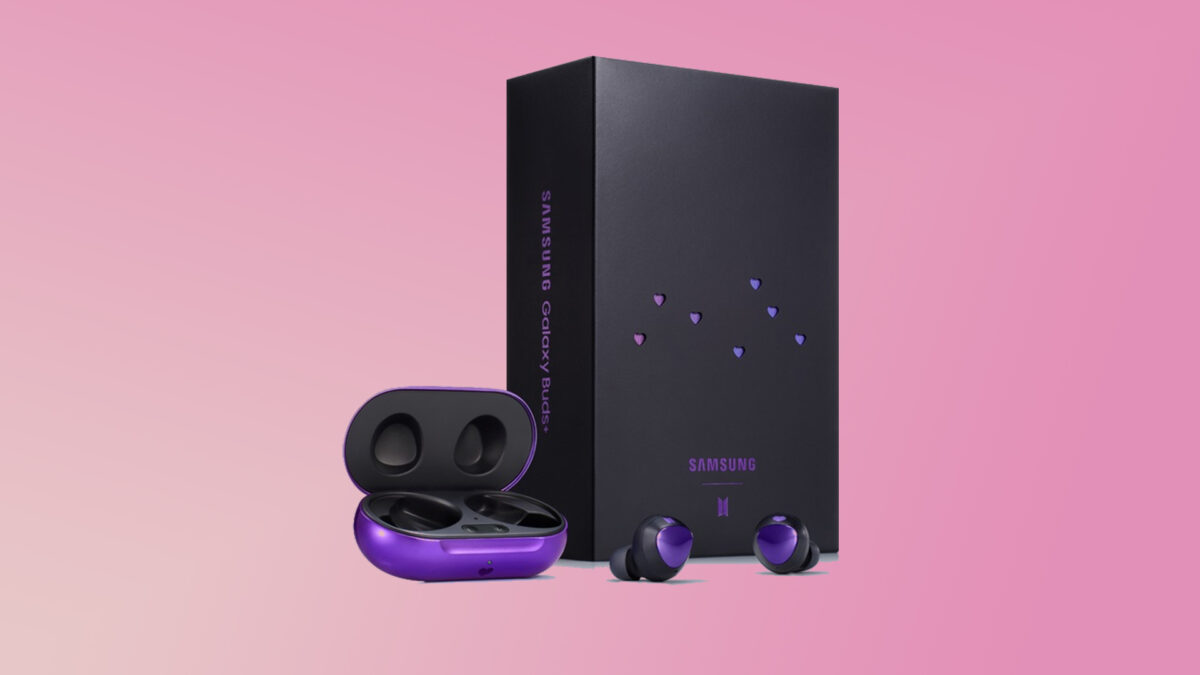 Samsung is expected to announce the launch of the Galaxy Buds+ BTS edition on June 19, but the company’s website for the UAE market has already listed the wireless earbuds. The webpage shows images of the special-edition earphones from all the angles and lists its features. The price of the earphones hasn’t been revealed yet.

As you can see in the images below, the exterior of the Galaxy Buds+ BTS edition’s case is painted in purple, while its interiors remain black. The touch surface of the earbuds is colored in purple as well. One earbud has a heart-shaped icon on it, while the other has a purple-colored BTS logo. The logos also appear on the wireless earbuds’ case. The packaging of the wireless earphones was leaked last week.

The product’s webpage also mentions that the limited-edition earbuds would feature an exclusive lockscreen, sticker, and wallpaper. The BTS logo will appear throughout the Galaxy Wearable app, including the section where you can check the earbuds’ remaining battery level. Buyers would also get access to ‘inbox photo cards.’

The Galaxy Buds+ BTS Edition is slated to be announced on June 19 and released on July 9, which marks the seventh anniversary of BTS A.R.M.Y, the music band’s official fandom. A BTS edition of the Galaxy S20+ 5G will also be launched on the same day, and the pack will come with Galaxy Buds+ BTS edition and a special pouch. However, people would also be able to buy the limited-edition earbuds separately. 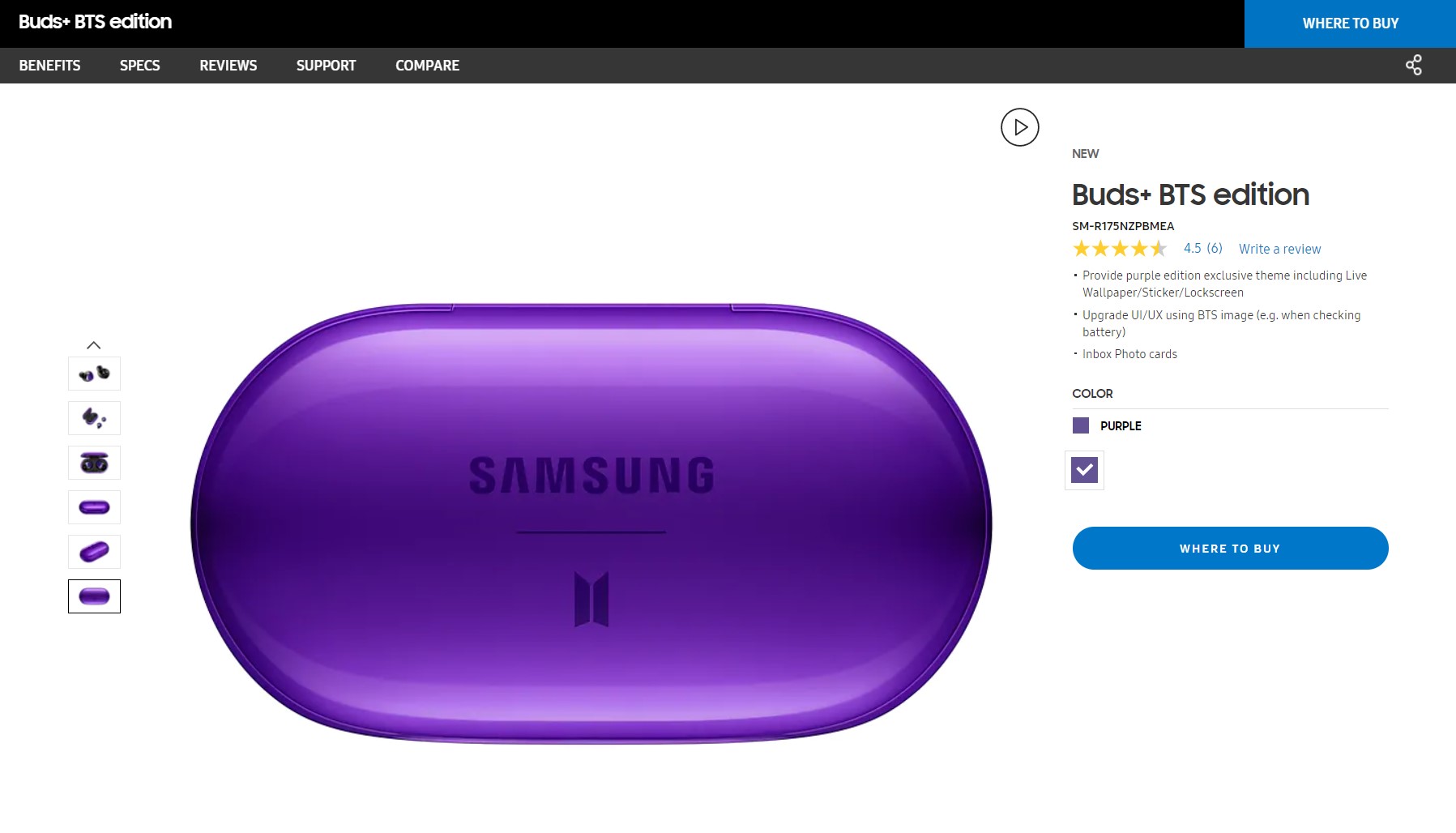 After two months of testing Android 12, Samsung began rolling out the One UI 4.0 update for the Galaxy S21 series earlier this week. Although the initial release was limited to a handful of markets, it came with the promise of soon reaching others. A few days have passed, and One UI 4.0 is now […]