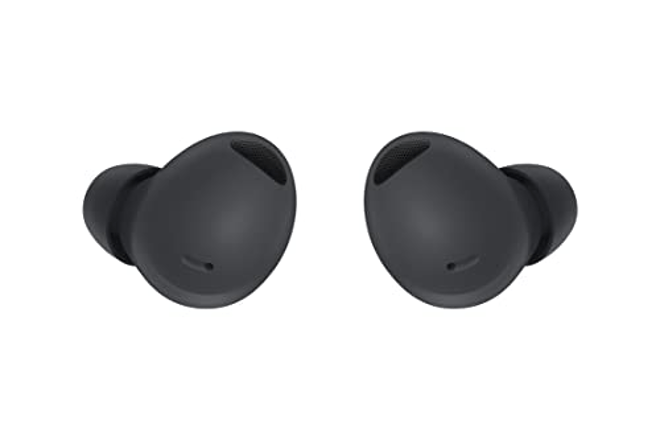 Samsung has a bunch of new devices coming at Unpacked on August 10, including two foldable phones, three smartwatches, and even a new pair of wireless earbuds called the Galaxy Buds 2 Pro. The very same earbuds have now leaked in an official photo along with detailed specifications and pricing.

Below you can find an official image of the Galaxy Buds 2 Pro in the Zenith Gray color option, but make sure you don’t skip over the technical details and prices if you’re eager to learn more ahead of Unpacked. Samsung’s new earbuds have a couple of extra surprises, including an upgraded Active Noise Cancellation technology. (via WinFuture)

For 2022, Samsung isn’t going back on its ANC implementation. In fact, the company will reportedly introduce an upgraded “Intelligent Active Noice Cancellation” technology with the Galaxy Buds 2 Pro this year. Intelligent ANC can hide “even the loudest ambient noise.”

As far as audio quality goes, Samsung’s new earbuds reportedly deliver studio-quality sound and other technologies such as 360-degree audio and HD Voice.

The same battery life, IP rating, and price as the Galaxy Buds Pro

The Galaxy Buds 2 Pro will upgrade some components while also sharing some characteristics with the existing Buds Pro earbuds. The exterior design is different, as you can see below, but the new earbuds should have the same IPX7 water-resistance rating and offer 8 hours of battery life on a single charge.

However, with the charging case included, the Buds 2 Pro might get an extra hour of battery life for a total of 29. Other specs include Bluetooth 5.3, 10mm drivers, and several integrated microphones.

And last but not least, the Galaxy Buds 2 Pro in Europe will hit the shelves for €229, which is the same price the Galaxy Buds Pro had at launch. The upcoming earbuds will be available in Zenith Gray (seen below), Zenith White, and Bora Purple, which Samsung revealed with much fanfare last month.

Galaxy Buds 2 Pro can give you neck stretch reminders