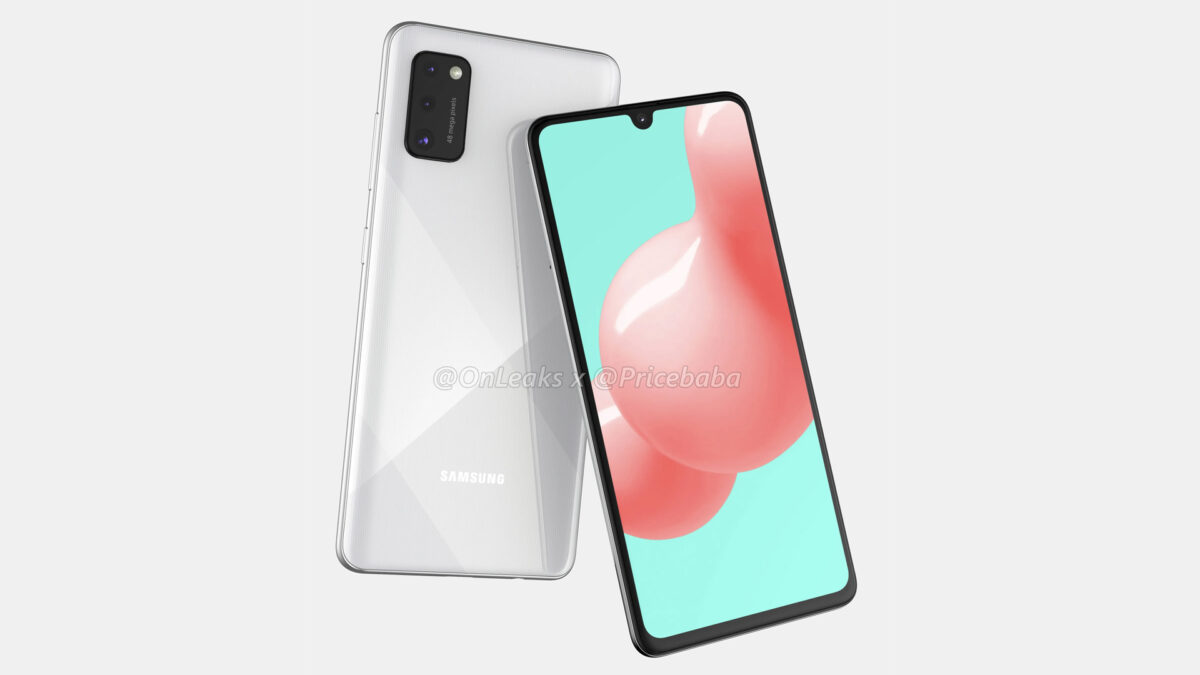 We had exclusively reported the existence of the Galaxy A41 three months ago, along with its storage and color variants. Now, we’re seeing the possible design of the upcoming smartphone, thanks to its leaked render images and video.

At the rear, the phone will feature a triple-camera setup, if we’re to believe the renders. One of the three cameras on the Galaxy A41’s rear is a 48MP sensor, while the other two sensors could be an ultrawide-angle camera and a macro camera. The phone could also feature an in-display fingerprint reader, similar to the Galaxy A51 and the Galaxy A71.

The Galaxy A41 measures 150x70x7.9mm and features a USB Type-C port and a 3.5mm headphone jack. Previous rumors and reports indicated that the phone could feature a MediaTek Helio P65 processor, 6GB RAM, 64GB/128GB storage, Android 10, and a 3500mAh battery with 15W charging.