Samsung’s three new Galaxy A budget phones for 2021 were revealed over the past few weeks and they’re known as the Galaxy A02s, the Galaxy A12, and the Galaxy A32 5G. They cater to slightly different audiences but they all have at least one thing in common: they’re budget offerings that won’t break your bank as long as there’s at least €200-€300 in it.

The more money you’re willing to spend on your budget phone, the faster it will be. This might not always be entirely true but it it’s very much so for Samsung’s new Galaxy A trio. The Dimensity 720 5G chipset that’s used by the Galaxy A32 5G is more powerful than the MediaTek Helio P35 SoC, and in turn, the latter outperforms the Snapdragon 450 SoC beating at the heart of the Galaxy A02s.

More detailed CPU and GPU specifications can be found in the table below but what it all means in practice is that the Galaxy A32 5G is a better-suited phone for mobile gaming compared to the Galaxy A02s, the latter of which will struggle more with demanding 3D titles. Thankfully the performance gap is narrower or a lot less noticeable with simpler tasks such as browsing social media or streaming videos, so as long as mobile gaming isn’t a priority, all three devices offer decent performance levels. 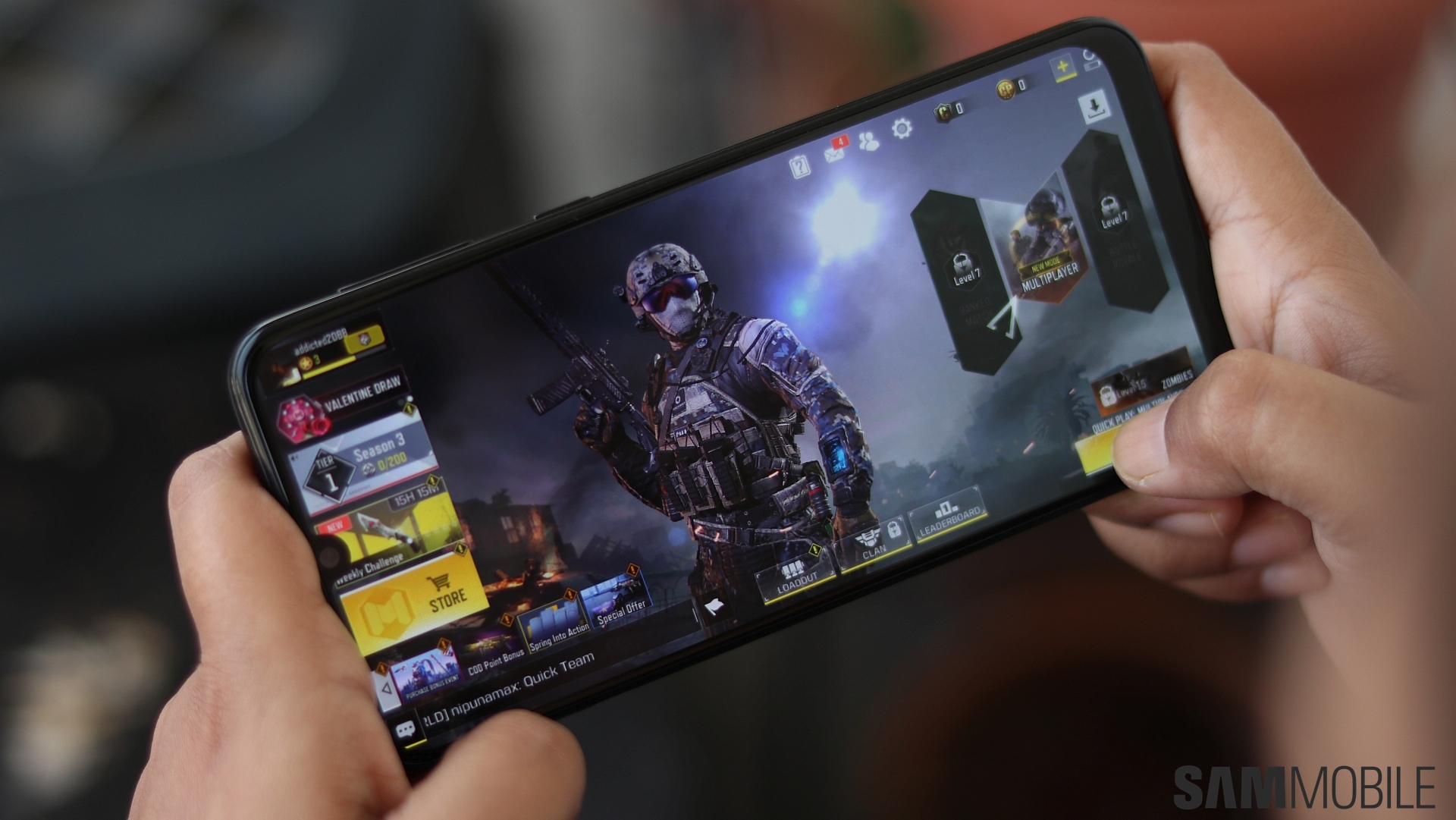 The same ‘more money, more power’ paradigm is equally valid in regards to memory options, wherein the Galaxy A32 5G offers the highest RAM capacity of all at 8GB (as well as 6GB and 4GB). But surprisingly enough, all three phones drive virtually the same display.

Despite their internal hardware differences, all three models have pretty much the same display specs. They are equipped with 6.5-inch IPS panels with a pixel count of 1600 by 720 and a pixel density of roughly 270 pixels per inch.

These displays are obviously limited to a refresh rate of 60Hz and all three have a fairly thick ‘chin’ as well as the signature Infinity-V display notch that makes room for the selfie camera.

Simply enough, the Galaxy A32 5G has the more complete camera setup, boasting a 48MP main sensor with Phase Detection autofocus, an 8MP ultra-wide shooter, a 5MP macro camera and a 2MP depth sensor. The selfie camera has a 13MP resolution.

The Galaxy A12 is the second-most capable camera smartphone on the list thanks to a 48MP main sensor, a 5MP ultra-wide, two additional 2MP depth and macro cameras, and an 8MP selfie camera.

Last and most certainly least impressive, the Galaxy A02s carries a triple camera setup comprising a 13MP main shooter, a 2MP macro, and a 2MP depth sensor. The selfie camera clocks in at a resolution of 5MP.

While all three phones look nearly identical from the front, their back panels add a lot more character and personality. Each phone has a unique camera design and the dissimilarities are striking. The Galaxy A02s has a rectangular camera housing while the Galaxy A12’s is square-shaped. Meanwhile, the Galaxy A32 5G does away with the concept of the camera housing altogether.

The Galaxy A12 and its more expensive sibling have a side-mounted fingerprint sensor but the Galaxy A02s lacks this biometric authentication method altogether. The three smartphones are also almost equally-sized and they each tip the scales at around 200 grams.

Galaxy A02s vs Galaxy A12 vs Galaxy A32 5G: Other features and pricing

A few other characteristics that are shared between all three models are the 5,000mAh battery with 15W charging, the inclusion of a USB-C and 3.5mm headphone jack, and the expandable storage option. But having been unveiled later than the other two models, the Galaxy A32 5G benefits from Android 11 and One UI 3.0 out of the box.

The final piece of the puzzle is the cost of acquiring these phones, and you’ll be glad to hear that all three models are priced competitively. The Galaxy A02s and the Galaxy A12 generally cost €150 and €179, respectively, whereas the Galaxy A32 5G is expected to hit the market in the coming weeks for under €300.

If you want to determine which of these budget phones deserves your hard-earned cash and you’re looking for more technical details, you can refer to our device comparison widget below.