This is the biggest Galaxy A21s leak yet, press render galore 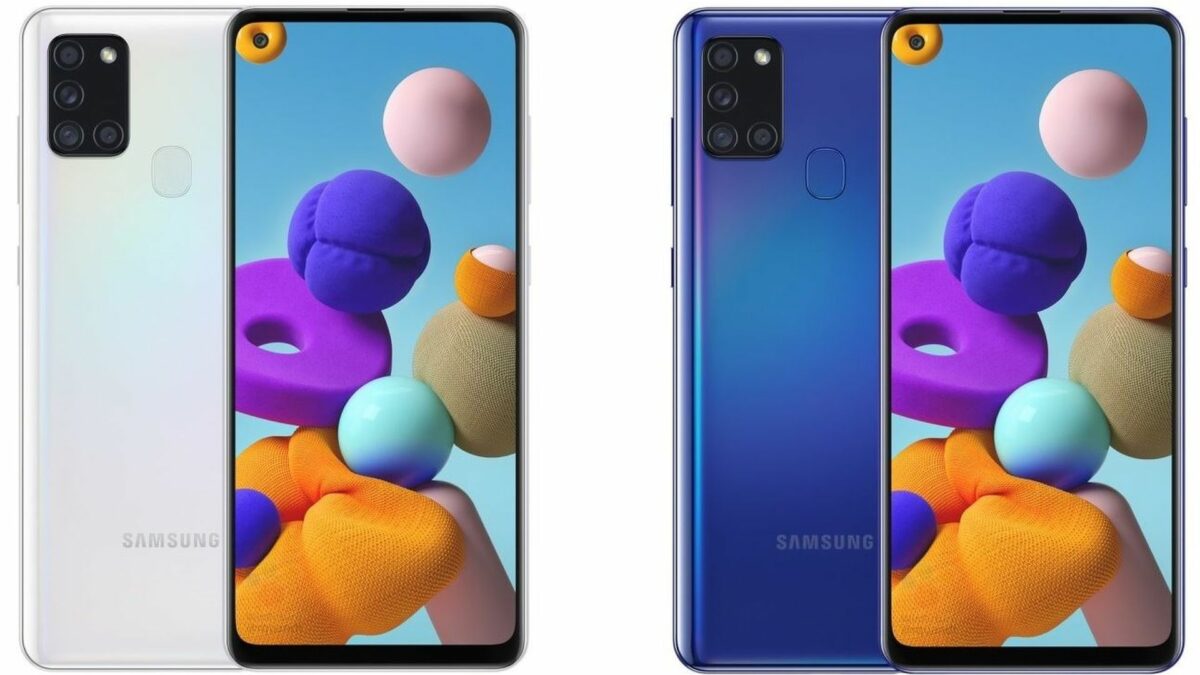 Samsung is preparing the Galaxy A21s for a seemingly imminent release, but right now, the upcoming budget phone is the subject of a major leak revealing its exterior design in great detail. A gallery of official press renders energed via WinFuture, showcasing the phone from nearly every angle in three color options including black, blue, and white. Red is missing, but regardless, these colors are not pure and have a prismatic effect.

The Galaxy A21s has a rectangular main camera cutout resembling that of the Galaxy A51. It has a similar L-shaped quad camera pattern but it relocates the flash module next to the upper sensor rather than keeping it in the middle.

Physical buttons on the right, fingerprint reader on the back

The rich press render galleries below reveals nearly every design characteristic of the Galaxy A21s, except for the upper and lower edges where a 3.5mm audio port should reside. This is a budget phone hovering around the 200 euros mark, and therefore it will have a regular headphone jack in addition to the USB-C port.

The Galaxy A21 has a volume rocker and a power/side button on the right edge, a SIM tray on the left edge, and a rear-mounted fingerprint scanner, according to this leak. The display is of the Infinity-O variety with the circular cutout positioned in the upper-left corner. It also appears to have a thinner ‘chin’ than what was suggested by previous leaked renders in lower quality.

The Galaxy A21s should debut along with a new Samsung-made chipset dubbed the Exynos 850. There’s little known about this SoC, so it’s unclear whether it will have custom CPU cores or off-the-shelf ARM cores. Either way, it should have a total of eight CPU cores and achieve a maximum frequency of 2.0GHz. The silicone will be paired with 3GB of RAM, and 32GB or 64GB of storage expandable via microSD.

The Infinity-O display will be based on PLS TFT technology and have a 6.5-inch diagonal with a resolution of 1600 by 720. The selfie camera inside the display cutout is said to have a 13MP resolution, while the main camera setup should include a 48MP f/2.0 sensor, an 8MP ultra-wide angle sensor with the same aperture, and a 2MP macro camera.

Other expected specs include a 5,000mAh battery, Bluetooth 5.0, NFC, and LTE connectivity. The components should be wrapped in a body measuring 8.9mm in thickness and weighing 191 grams. With all these recent leaks, the Galaxy A21s is expected to be released by the end of May for a starting price of anywhere between 199-209 euros.