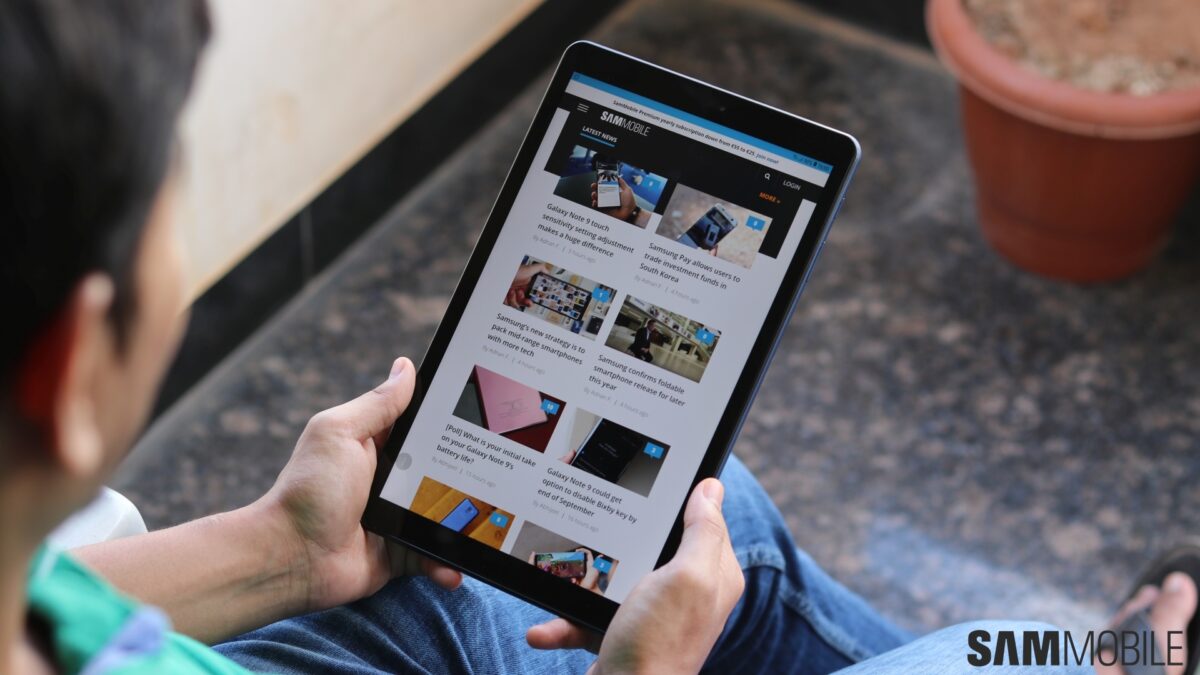 Samsung has already chalked up an impressive showing with the Android Pie update by pushing it out to multiple Galaxy devices in quick succession, and the company is continuing the streak this week by releasing the Pie update for the Galaxy Tab A 10.5 (2018), just a few days after the update was released for the Galaxy Tab Active 2. And it’s not just tablets that are leaving Android Oreo behind for more savoury pastures this week – Samsung has updated a couple of phones as well, including the Galaxy A9 Star and the Galaxy J7 (2017).

Android Pie is the first major update for the Galaxy Tab A 10.5 but it’s not the last. This unassuming mid-range tablet will also get Android Q at some point next year, along with plenty of other Galaxy devices. The Pie rollout has kicked off in the United Kingdom for the LTE model, although the Wi-Fi model shouldn’t be too far behind.

The update has the usual suspects as far as new features and functionality are concerned. There’s the new One UI interface for quicker access to important information and easier one-handed usage, a system-wide Night mode, a Kids Mode quick toggle, floating mode for the Samsung Keyboard app, and more. The changelog mentions support for the Galaxy Buds and Gear IconX (2018), but we’re not sure if those were incompatible with the tablet in the first place. The update also includes the June 2019 security patch.

If you have a Tab A 10.5 in the UK, you can download the update over the air by opening the Settings app on the tablet, selecting Software update, and hitting the Download updates manually option. Major updates are rolled out in phases, so you might want to check back later if the update isn’t available for you right now. Those willing to go the extra mile can also upgrade by downloading the Android Pie firmware from our database.