We have known for some time that Samsung has started testing Android Pie for last year’s Galaxy S8 and Galaxy Note 8, and test builds for the Snapdragon version of the two devices have now leaked online. The leak comes from XDA Developers, who were also the first to obtain Android Pie test firmware for the Galaxy S9 and Galaxy Note 9 before Samsung officially started the One UI beta program.

Android Pie for the Galaxy S8 and Note 8 comes with many of the features that we see on the Galaxy S9 and Note 9 Pie beta, including Bixby 2.0, full-screen navigation gestures, and the beautiful new Night mode. The December 2018 security patch is included as well, suggesting that these are recent builds. XDA Developers also has the Galaxy Note 8 test build available for download, which you can flash on your Snapdragon Note 8 if you are okay with taking the risk with leaked early software. 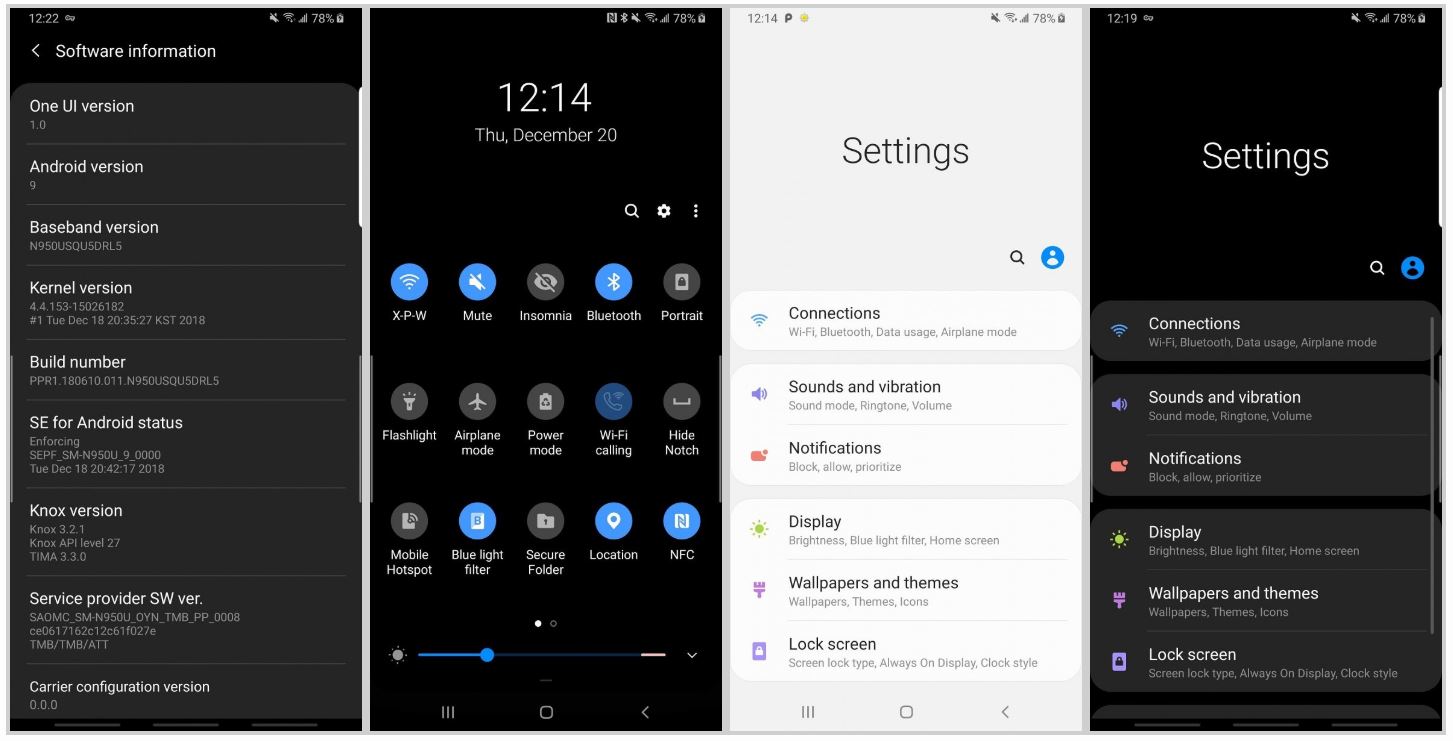 It’s unclear how stable these builds are, and there’s certainly no telling when Samsung will release the official Pie update for the Galaxy S8 and Galaxy Note 8. The Galaxy S9 and Note 9 release is slated for January, and we can expect to be waiting until the second quarter of 2019 for other Galaxy devices to start getting Pie. It could happen earlier, as Samsung has even begun testing Android Pie for the Galaxy A series, but nothing is set in stone.