Samsung is launching its new flip phone on November 9

There have been a lot of rumors and leaks about Samsung’s new flip phone in recent weeks. It was evident that the company will soon launch the SM-W2019 officially. Samsung China has now confirmed when it will be unveiling this device. The launch takes place later this month.

As expected, the company’s flagship flip phone will be unveiled in China like its predecessors. Samsung doesn’t release this device globally since there aren’t a lot of takers for it in other markets across the globe.

Samsung China has sent out invitations for the launch event of the new flip phone. The event will take place on November 9 in Wuxi, a city near Shanghai in eastern China. Samsung has always positioned its flagship flip phone as more of a luxury product in China. That appears to be the case for this latest model as well.

We do know that it will be powered by the Snapdragon 845 processor. The device will also have two Full HD resolution AMOLED displays. There will be a dual camera system at the back with AI features like Scene Optimizer. It will ship with Android 8.1 Oreo but will eventually receive an upgrade to Android 9 Pie.

Leaked images of the SM-W2019 show that the design won’t be too different compared to its predecessor. The metal build will give the device a premium look and feel. The most recent leaked images suggest that this device may not have a 3.5mm headphone jack. It would certainly be a first for Samsung if that does end up being the case.

No word as yet on how much this new flip phone is going to cost. That information will only be revealed on November 9 when Samsung officially launches the device. Don’t expect it to be available in other markets. 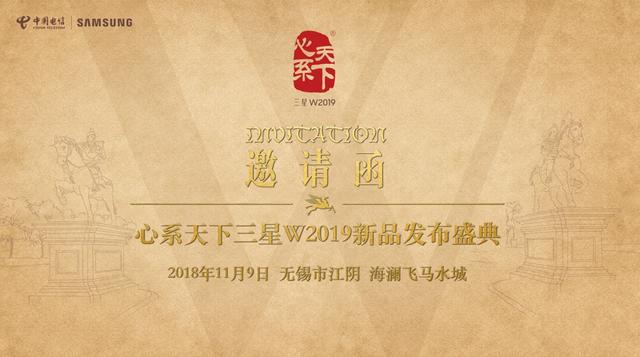 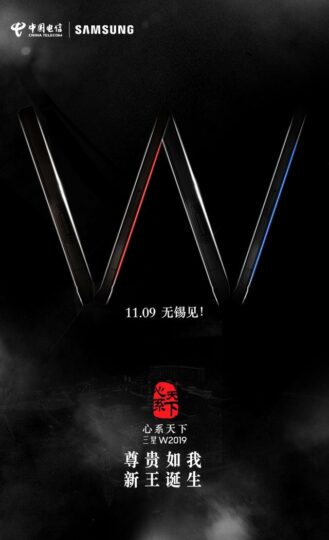