Leaks concerning the new Samsung flip phone keep coming in. Merely days after we saw images of this device being revealed by China’s main certification agency, we have now come across additional images of the device.

It’s not uncommon for units of Samsung’s flagship flip phone to surface in the wild ahead of its official launch. Samsung is yet to confirm when it will unveil the SM-W2019 in China. It has been picking up the required certifications lately so the launch may take place soon.

The SM-W2019 looks similar to its predecessor, the SM-W2018. It’s likely going to be powered by a Snapdragon 845 processor. We can see the dual rear camera in these images and it would be backed up by software features like the Scene Optimizer.

Like other models before it, the SM-W2019 will also have two AMOLED displays of Full HD resolution. The device is going to ship with Android 8.1 Oreo but it should receive the Android 9 Pie update in the coming months.

These images show that not much has changed design-wise. It’s essentially a refreshed model of last year’s flagship flip phone. It may be doing well where it’s released considering Samsung decides to release a new one every year.

Samsung launched the SM-W2018 in December last year. It’s likely that the company will stick with the same timeframe for this handset as well. It does have “2019” in its moniker after all. The new Samsung flip phone will only be available in China and South Korea. The company only really finds takers for this form factor in these markets. 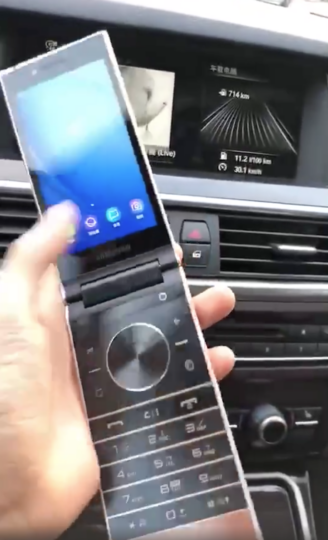